Dupree picks up Young Player of the Year Award 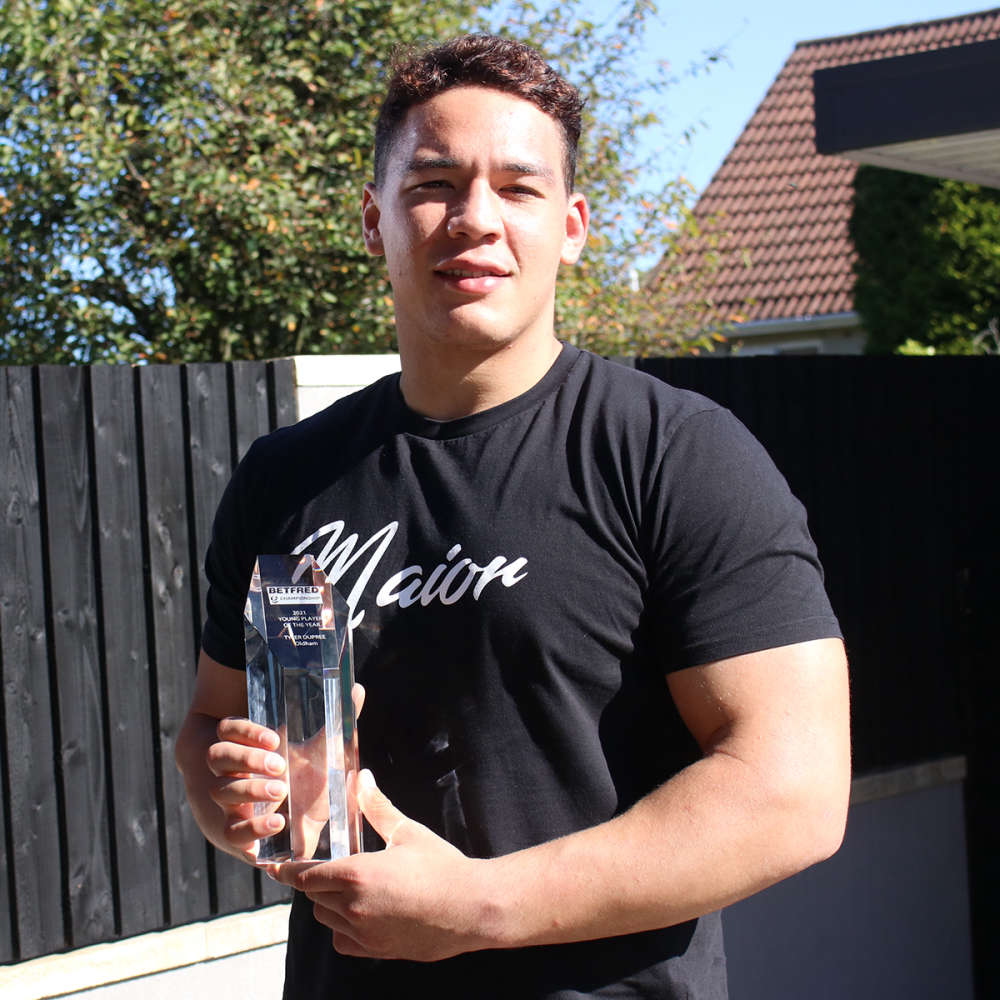 Tearaway forward Tyler Dupree was last night (Wed) named Betfred Championship Young Player of the Year -- reward for having had a terrific 2021 season in the Oldham pack despite the Roughyeds' relegation.

The 21-year-old former Leeds Rhinos player received the award during a special Our League programme which replaced the usual Awards Dinner because of ongoing Covid concerns.

Earlier this week it was announced that he had joined Widnes Vikings for next season -- a not unexpected blow for Oldham, who have also lost retiring forwards Gareth Owen, Phil Joy and Danny Bridge and that hooker Declan Gregory and centre Ryan Ince have also signed for Widnes.

Dupree played in 18 of the 23 Oldham games in cup and league in 2021, scoring ten tries to become the Roughyeds' top try scorer in an ill-fated campaign.

Although he will again figure in the Championship next season, with Widnes, it is generally felt his long-term future will be in Super League.