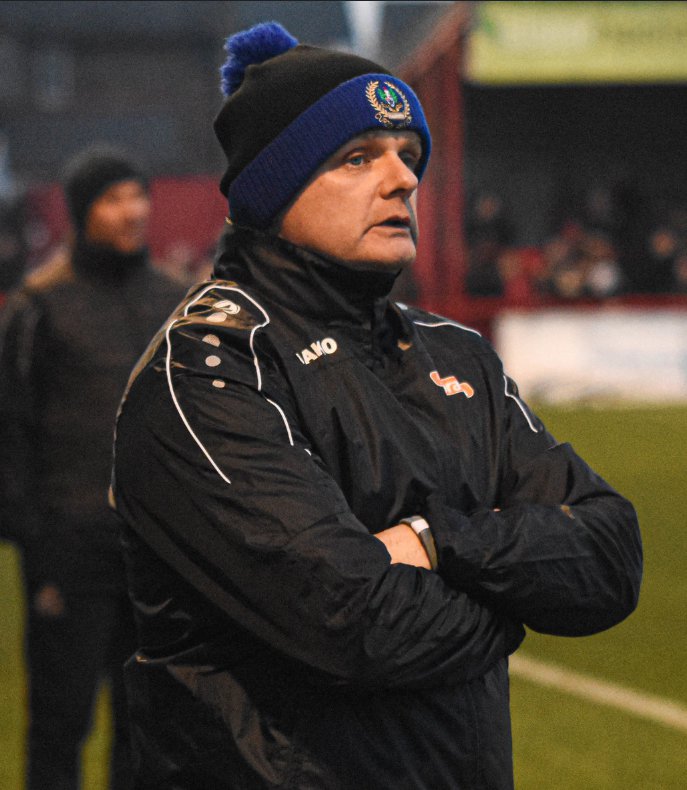 The announcement was made on Monday night.

"It is with great regret that Curzon Ashton FC have released Mark Bradshaw from his position as First Team Manager.

Mark however will remain at the Club at his primary role as Football Development Manager.

As soon as a new appointment is made the club will make an announcement.

Mark has been associated with the club for more than a decade and has played a huge role in developing the youth section, helping the Under 18s to the quadruple in 2017 and 2019, wining the Manchester County U18s Boys Youth Cup; the Neil Thomason Cup; the Open Cup; and the North West Youth Alliance Premier League title.

His efforts were rewarded in December 2018 when he was offered the role of first team manager following John Flanagan's departure. Mark, who played for Halifax Town, Blackpool and Macclesfield, guided the Nash to safety and also secured silverware after winning the Manchester Premier Cup, beating Mossley 3-1 in the final.

In a bid to put his own stamp on matters, Mark made wholesale changes in the summer of 2019 and assembled a new-look squad in his own image. The season had its ups and downs, but Mark had the Nash 11 points above the relegation zone when the season came to a halt due to the ongoing pandemic.

Reporter Sport will be speaking to chairman Wayne Salkeld about the decision. Keep an eye out for our piece.

In other news at the Tameside Stadium, long-serving defender Dan Shaw has announced his retirement from the game.