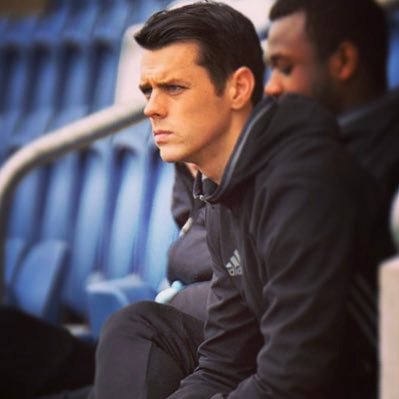 The 29-year-old, who manages AFC Fylde's Under 18 squad, has guided the Coasters to the fourth round of the prestigious competition - the furthest in the club's history - and has been rewarded with a glamorous tie against Ed Brand's Blues.

Conrad's side booked their place in the fourth round in dramatic circumstances at Cambridge United last Wednesday, snatching a 90th minute winner through Theo Ball to eventually win 3-2. The Coasters have negotiated nine rounds to land the dream tie at Stamford Bridge, scoring 46 goals and conceding just ten in the process.

Meanwhile, Chelsea progressed to this stage of the competition after seeing off Barnsley 8-1 in the third round in December.

Conrad, who has previously coached at Manchester City, was delighted with his side's performance and is now relishing the chance to manage his players at one of the most iconic stadiums in world football. "The lads are buzzing and it's going to be an unbelievable experience for them" he told Fylde's media team. It will be a massive highlight of their careers and hopefully they will got on and continue to achieve but playing at Stamford Bridge, a Premier League ground, is going to be unbelievable and I can't wait to prepare and have a go at another game."

Victory was made all the more special given the tragic death of youth player Luke Bennett, who passed away aged 17 earlier this month. On what was an emotionally charged night for Conrad and his players, progressing to the next round was a perfect was to commemorate Luke's memory. "There was a few tears at the end and for Thero, personally, it meant a hell of a lot to him" said Conrad. "He (Theo) has certainly done Luke proud and he was in our minds during the preparation for this game. It shows the maturity of the group, not just with technical ability but as people as well. They're becoming men now at their age, they're really mature and really understanding with the ins and outs of football, in terms of who's selected and all the little bits that can cause upset in a squad at times. They're a very good group and I'm really lucky to work with them every single day, and I'm looking forward to preparing them for the next game against Chelsea."

Chelsea were beaten 3-2 by Manchester City in last season's final at St.George's Park.

The tie at Stamford Bridge is scheduled to be played on Friday, April 2 with a 12.30pm kick-off.