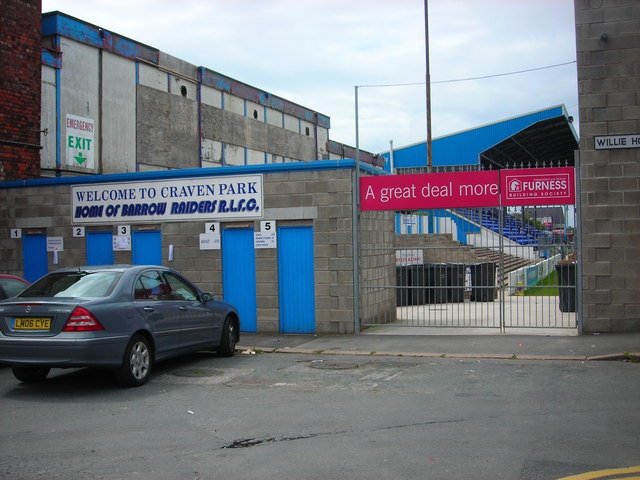 Barrow say: "As part of our club's ongoing improvement strategy we are changing the way that home fixture admission tickets are purchased.

"With effect from the first game of the 2020 playing season, match-day admission tickets will be available to purchase in the following ways:

"1: Online at www.barrowevents.co.uk. Tickets can either be printed at home or downloaded on to a mobile device. On arrival at the stadium, the ticket or the device will be scanned and validated at the designated admission gate(s) on Duke Street, allowing entry to the ground.

"This system is designed to improve the overall spectator experience as well as to help the club's operation to run efficiently. Online purchase is the preferred option but if this is not possible for some fans they should please make sure they get to the ground early, well in advance of kick-off time to avoid unnecessary queuing."

+ Oldham's Betfred Championship clash at Whitehaven on Sunday, February 16 -- the third league game of the season -- has been switched from an afternoon match to an evening kick-off for purposes of streaming by OuRLeague.

The head-to-head of the two clubs who were promoted this time from Betfred League 1 will now kick-off at 6.15pm.

The Roughyeds' home game against York City Knights at Bower Fold on Sunday, March 29 (3pm kick off) will also be screened by OuRLeague.

A full list of OuRLeague match coverage for the first few weeks of the season will be published by the RFL in the New Year.