Victorian mill in Royton to be demolished for 'monstrosity' flats 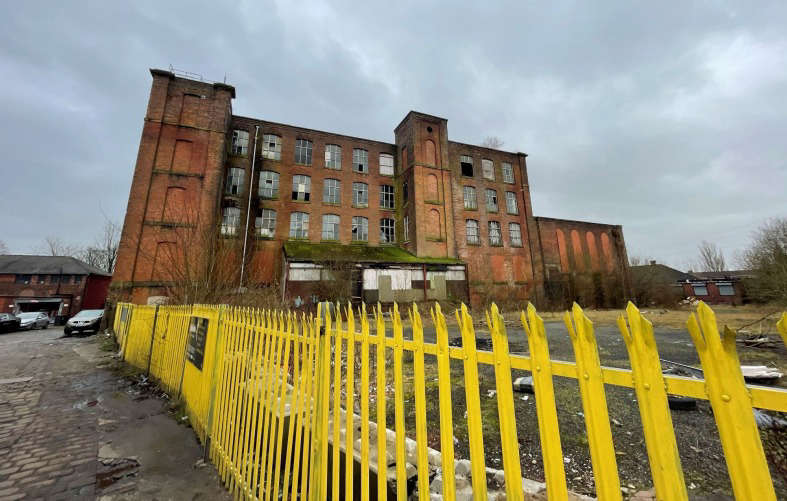 A 19th century Victorian cotton mill is to be demolished and replaced with a 'large scale' apartment building which a councillor branded a 'monstrosity'.

Oldham’s planning committee has approved the creation of 60 flats in a five storey building on the site of Thornham Mill in Royton.

The mill was built in 1885 by Thornham Spinning Co. Ltd and was extended in 1960, but the majority of the building has been empty since 1962 when the company went into voluntary liquidation.

Since then the mill, on Oozewood Road, has fallen into disrepair. A previous plan for 71 flats on the site had been approved subject to a legal agreement, but this has not been delivered.

There had been 25 objections over the new plan for a reduced number of 60 apartments, which was lodged by applicant Ian Shorrock from Blackmores D Ltd.

They will be split between ten one-bedroom properties, 42 two-beds and eight three-bedroom flats.

Objectors had raised concerns about the potential for overlooking of existing properties, an increase in traffic and noise pollution and arguing the mill should be retained as a heritage asset.

But planning officer Martyn Leigh told councillors it had been vacant for a ‘long period of time’ and is in a ‘particularly poor state of repair’.

He said a report looking at its viability had uncovered ‘serious structural issues’ with the building relating to water leaking in over time.

While the mill is not listed it is regarded as a ‘non-designated heritage asset’, Mr Leigh added.

“I think there was a recent fire at the building as well which demonstrates some of the issues that can arise with long-term dereliction of substantial buildings,” he told the meeting.

“It’s a highly prominent location in close proximity to a number of residential dwellings.”

The site is surrounded by houses to the west and north, most of which are not higher than two storeys.

“Although there are some striking differences between the heights of the existing building and the proposed building with the surrounding properties, it’s an established scale on the site of the building that has been there for some period of time,” Mr Leigh added.

“We do think it’s acceptable on balance.”

Head of planning Peter Richards replied that ‘design is subjective’. “But we are comparing to the existing building when you’re talking about the scale and massing and overlooking,” he added.

There would be undercroft parking provided in the basement providing 61 spaces, with 18 at ground floor level with five accessible spaces.

However no affordable housing would be included within the development, as providing it would make the entire project ‘unviable’, the meeting was told.

The same also applies to Section 106 financial contributions to education in the area, which were ruled out due to viability. This led frustrated Liberal Democrat councillor Sam Al-Hamdani to declare ‘the law’s ass’.

The application was approved by a majority vote.