Tributes to former Oldham Mayoress who has died 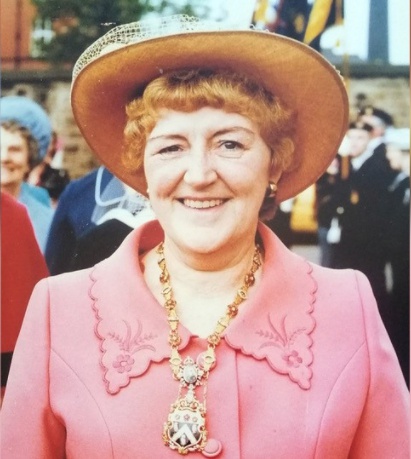 Tributes have been paid to a well-respected former Oldham Mayoress who has died at the age of 90.

Pauline and her husband John (or Johnny as he was known) were Mayor and Mayoress between 1981 and 1982.

The council say Pauline (pictured), who lived in Hathershaw, was "very well liked and respected in her local community as well as throughout Oldham".

She is described as being "cheerful, sociable and popular" and was extremely supportive of her husband and the council as a whole.

Despite John passing away in 2004, Pauline’s dedication to the council and the Civic Office continued and she attended many fundraising events and civic functions. She also personally fundraised and supporting many cancer charities.

Councillor Sean Fielding, Leader of Oldham Council, said “I pass on my heartfelt condolences to the family of Pauline Crowther who was an asset to the borough.

“The role of Mayoress is integral to the council and we are very lucky here in Oldham to have so many good people wanting to take on the role.

“Pauline’s dedication to Oldham and the support she gave to the council is very much appreciated by us all.”