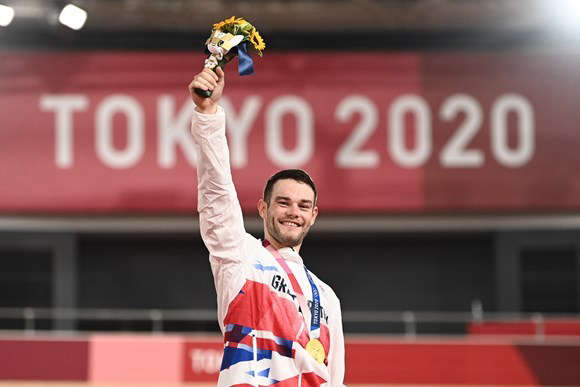 Olympic cycling champion Matt Walls has been granted freedom of the borough for giving 'eminent services' to Oldham.

Councillors agreed to award the 23-year-old cyclist the honour at a meeting of the full council this week.

He claimed gold in the omnium event in Tokyo before adding a silver medal alongside teammate Ethan Hayter in the madison just days later.

Matt had attended St Joseph’s Primary School, and Crompton House Secondary School where he took up cycling after performing well in the bike leg of a school triathlon.

He then progressed to win the madison and team pursuit events with Team GB at the European Junior track championships in 2016.

Council leader Arooj Shah said: “His star was then well and truly on the ascent.

“Over the next few years he picked up accolades including world cup and world championship medals before of course going onto this years’ Tokyo Olympics and bringing home a gold and silver. And all this at the age of just 23.

“I hope I speak for us all when I say that Oldham is so proud of Matt, he’s a true inspiration to young Oldhamers and a terrific ambassador for the borough.”

Coun Howard Sykes, leader of the Liberal Democrat opposition group and Shaw ward councillor seconded the nomination for freedom of the borough.

He added: “People in Shaw and Crompton are absolutely bursting with pride about it.”

The Freedom of the Borough is the highest accolade that the council can bestow.

Matt will receive it formally during a ceremony on a date to be confirmed.

He will be only the 27th person to receive the prestigious award since 1909.