Oldham school have taken the knee against recent online racism 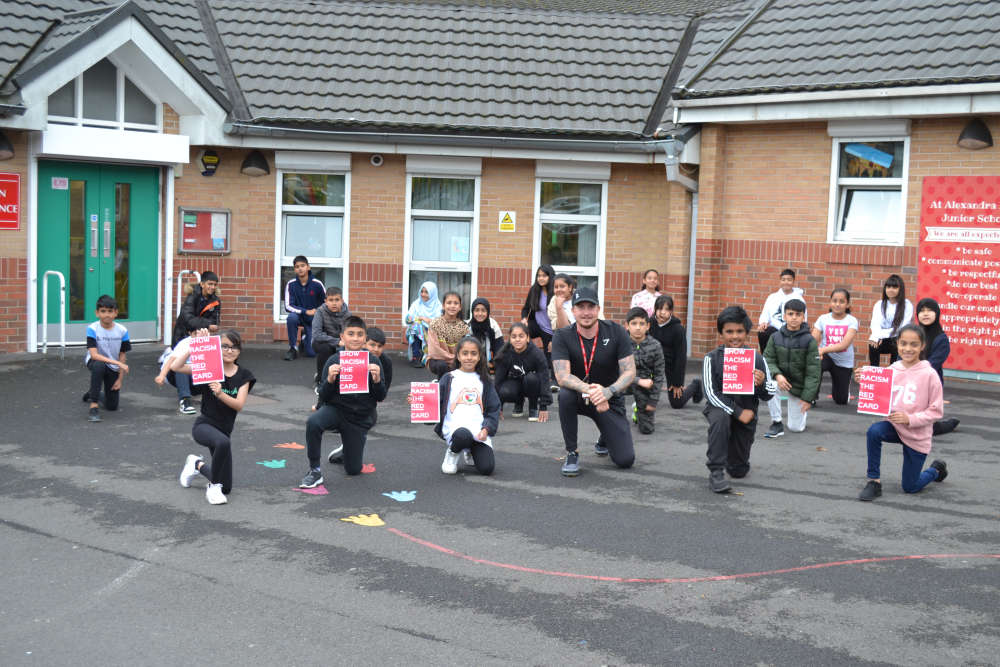 An Oldham primary school have taken the knee this week to show their support against racism.

Over the last few days, children at Alexandra Park Junior School have been following current affairs that circulated after England’s Euro final against Italy on Sunday.

While most were upset at England’s loss, all were horrified at the news that players were being subjected to racist abuse. They were shocked to hear that Marcus Rashford, Jadon Sancho and Bukayo Saka had all suffered abuse online because of their race.

They were then further horrified to hear that Marcus Rashford’s mural had been vandalised with racist graffiti.

As a result, the children wanted to do something to show that the school were against this online bullying, so decided to follow suit with the players and take the knee in support on Tuesday.

Sports Leader Mr Simon Clarke wanted to support the children in doing something to show their support for the England players, while also standing up in the face of racism.

“I know our children are amazing and the events of the past few days has truly shocked them. As a community we stand together against the minority of people who would want to spread hate.

“For me, taking the knee with our children shows that our school and our community support and care about people no matter their race. Racism has no place in football and hopefully our image will be part of a wider campaign to kick it out!

“We took the knee in support of those players and all footballers who are facing hatred. We are grateful for all you do both on and off the pitch and hope one day, we can see more positive images.

“The more we spread the message of caring, togetherness and friendship, the more we stamp out hatred. We can't let a bigot win by focusing on their actions. Let's focus on the positives and for us that is how much our children care about the world around them,” he said.

The school regularly support anti-racism and anti-hate events throughout the year. In October they take part in Show Racism The Red Card and raise money for anti-hate charities.

PSHE Leader Samantha Nicholson-Hickling spoke of how proud she is of the students.

“It’s our duty as a school to educate our children and I know we’ve done our jobs right when they come to us and say we need to stand up for this,” she says.