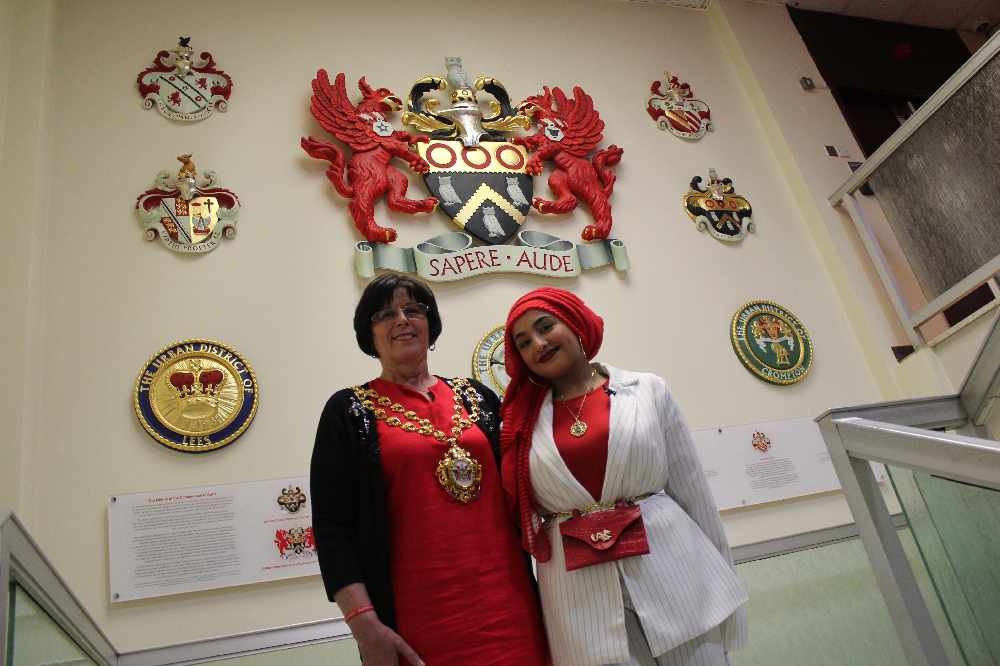 Oldham’s new Youth Mayor is pledging to represent the voices of local young people and tackle the issues that are important to them.

The borough’s 11th Youth Mayor, Samah Khalil, was officially sworn into office this week (26 June 2019) in the Council Chamber at Oldham Civic Centre.

Samah, who lives in Chadderton with her family, attended North Chadderton School and has just completed her first year studying bioengineering at the University of Sheffield.

A former Oldham Youth Council chair, Samah, who is 18, has sat on funding panels - including the Oldham Action Fund - and recruitment panels for various positions within the local authority that pride themselves on putting young people at the heart of their decision making.

During her time on Oldham Youth Council, Samah represented the borough on a national level. In November 2018, as a Member of the Youth Parliament, she delivered a speech in the House of Commons to celebrate 100 years since some women achieved the right to vote.

In her debut speech as Youth Mayor, Samah spoke about supporting youth-related charities plus tackling youth homelessness and knife crime: two priorities which came out on top of the national youth consultation ‘Make Your Mark’ in which 15,000 local children and young people cast their views.

Samah said: ‘I am so honoured to be able to stand in this role, as the first female BME Oldham Youth Mayor.

“My peers have spoken as to what is important to them, and I will work hard throughout the year to ensure I represent their views and carry them with me wherever this role takes me.

“I am determined to make Oldham a place where young people are proud to come from, continue to ensure their views are not only listened to, but are acted upon.

“I hope over the next year to be able to do justice for the amazing young people we have in our borough whilst serving them as Youth Mayor.”

Cllr Sean Fielding, Oldham Council Leader, added: “Oldham is a place that ensures it hears and represents the voices of our younger population. There are several ways all our children and young people can make their voices heard here and the Oldham Youth Mayor and Oldham Youth Voice Family are at the forefront of that work.

“Samah has already been an amazing advocate for our young people and I’ve no qualms that she will be outstanding over the next year, empowering the voice of young people further into our communities.

“I wish retiring Youth Mayor, Amber Powell all the best for the future after doing a fantastic job and I’m really looking forward to working with Samah over the next year.”