MP calls for tram link between Oldham and Ashton 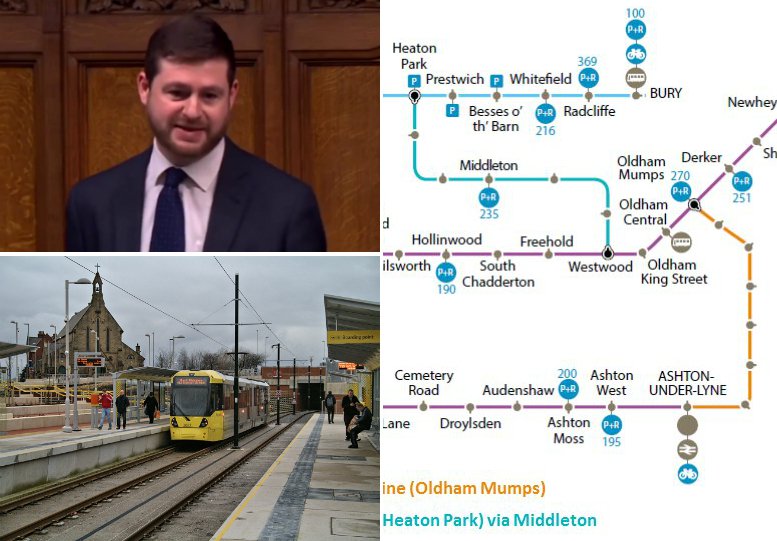 An MP has asked government ministers to discuss creating an 'orbital' tram route linking Oldham to Ashton-under-Lyne to boost connectivity across the boroughs.

In Parliament, Jim McMahon MP called for a meeting with the Secretary of State for Transport to discuss a proposal to further extend the Metrolink system.

The Oldham West and Royton representative told the House of Commons that plans are currently being developed for a tram link between Bury and Middleton, which would ‘hopefully’ extend through to Oldham.

But he added that to connect the whole of north-east Greater Manchester, a connection between Oldham and Ashton was crucial.

And he has even published a map showing how the tram network could look, with a link between Heaton Park, calling at Middleton, and then connecting to Westwood tram stop.

He also proposes a link from Oldham Mumps through to Ashton. 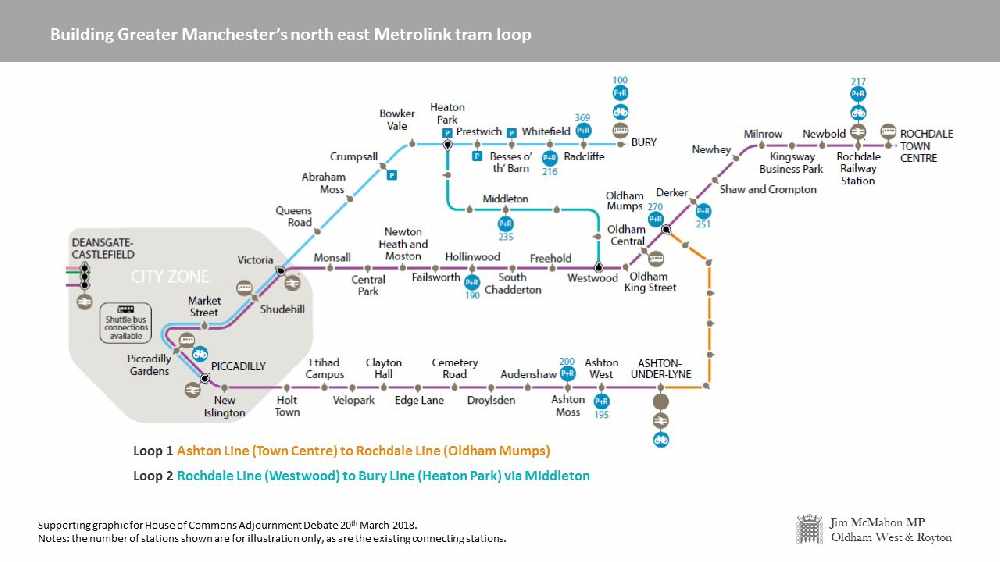 As part of Transport for Greater Manchester’s (TfGM) long-term 2040 Transport Strategy, it is looking at delivering a number of improvements to the transport network by 2025.

Bosses are aiming to provide direct services from Rochale and Oldham straight into Piccadilly station.

And in the next five years the intention is to develop an option for a Metrolink extension to Middleton.

Mr McMahon said: “Plans are being developed for a tram link from Bury to Middleton, and hopefully through to Oldham, but we need to connect the whole of the north-east of Greater Manchester.

“Will he commit to a meeting, at least, to discuss a link from Oldham to Ashton?

Secretary of state for Transport, Grant Shapps replied: “I would be absolutely delighted to meet with the honourable gentleman.

“He may recall that I came up to his neck of the woods during the election campaign and pledged that through the local funding approach to transport we’re going to help to provide that power to local communities to decide as well.”

Following his speech in Parliament, Mr McMahon said: “Transport is vital for our economy to thrive, but we’ve got a long way to go to really connect Oldham with our neighbouring boroughs.

“The Metrolink has helped transform connectivity with Manchester and beyond, but it’s a fact that our cross borough connections are not good enough.

“The result is that tram users must go into the city centre to travel to any major town centre such as Ashton and Bury, often adding unnecessary time.

“This really matters for those working and family and caring demands where time matters.

“For many years I’ve been making the case to create an orbital tram line connecting Ashton to Oldham, possibly Mumps, to then allow travellers to go on to Rochdale.

“Then to connect Oldham Westwood straight on to Middleton, then connecting to the Bury line near Heaton Park.

“With work being undertaken to connect Middleton to the Bury line, it is the start of what could be a bigger plan. I’ll certainly keep pushing for it.”

However he added that that this alone would not address the ‘glaring issue’ of unaffordable travel within the public transport system, and the lack of a London-style cross-ticketing system.

“It’s crazy that a single, affordable ticket can’t get travellers on bus, tram and train across Greater Manchester,” he said.

“I’m pleased the Secretary of State for Transport has agreed to meet me to discuss further.”

TfGM said the MP’s suggestions were ‘being looked at as part of the 2040 transport strategy’.

However a spokesperson added that ‘unfortunately there is nothing we can give at this stage with regards expected build or opening date’.

A finalised transport strategy is expected to be published later this year alongside the revised Greater Manchester Spatial Framework plans.