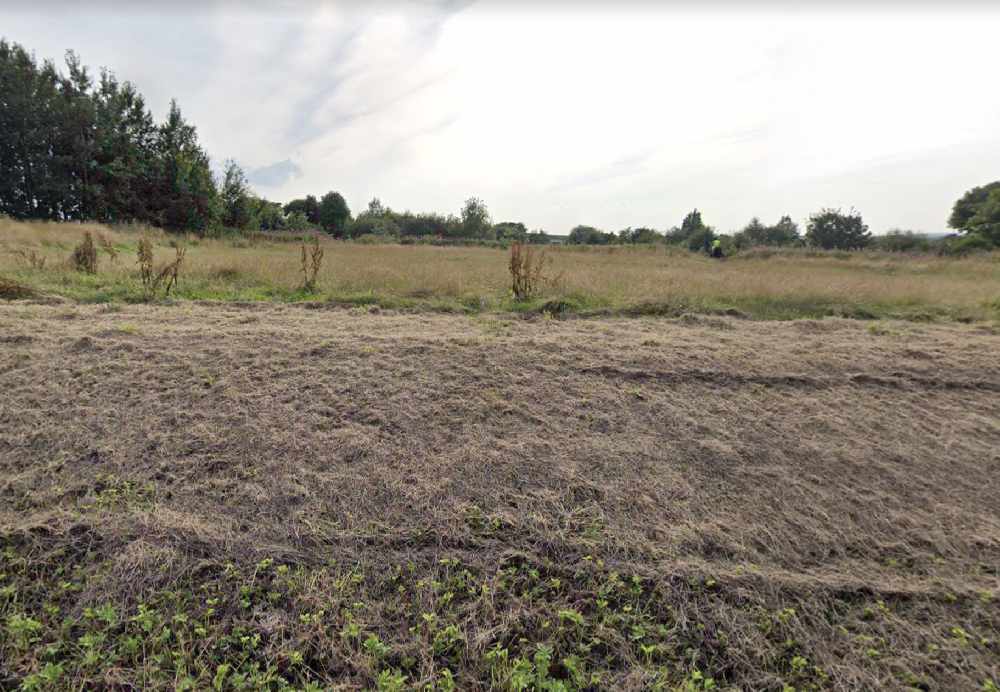 Bosses say more controversial green belt sites in Oldham have been saved from development under the new 'plan of nine' development masterplan for the region.

Councillor Hannah Roberts, cabinet member for housing, confirmed that the whole of the Hanging Chadder site and the green belt allocation at Robert Fletchers Mill had been removed from the proposals – which are yet to be formally unveiled.

They are also reducing the allocation at the Coal Pit Lane site – which is due to provide affordable housing – by 80 homes, taking it down to 175.

It means 260 homes will now longer be built at the Hanging Chadder site near Royton, which initially had been allocated 600 homes.

The Chew Brook Vale site around the redundant Robert Fletchers paper mill was earmarked for 170 homes and 6,000 sqm commercial space.

It was aimed to capitalise on its proximity to Dovestone Reservoir by also offering a mix of ‘commercial, leisure and retail facilities to support tourism’, including a visitor education centre and holiday lodges.

Chiefs now say just the brownfield part of the site will be developed.

At a meeting of the full council on Wednesday night, a majority of members agreed to establish a joint committee between the nine Greater Manchester councils – excluding Stockport – and to prepare a joint development plan document.

This document replaces the failed Greater Manchester Spatial Framework, and will be known as the ‘Places for Everyone’ plan, covering housing, employment, land requirements and infrastructure across the nine boroughs. 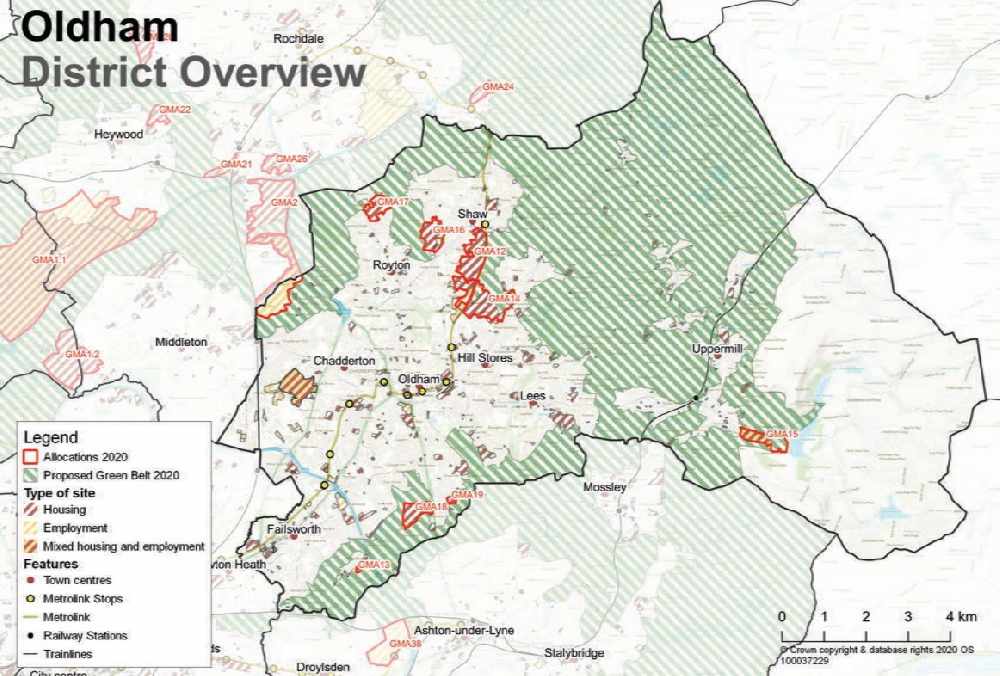 “I’m delighted, while no decision on sites is being recommended this evening, to say that in signing up in Places for Everyone, it is this Labour council that has also been able to negotiate further removal of Oldham’s green belt from the plan,” Coun Roberts said.

“This Labour council has taken seriously its commitment to a brownfield first policy and has delivered, reducing very significantly the impact on green belt sites across the borough.”

Coun Roberts added that Oldham had also successfully bid for £2m of brownfield funding to support the development of vacant sites in Derker.

Opposition leader Liberal Democrat Coun Howard Sykes said that whilst he ‘welcomed’ some of the announcements that had been made, his group would be voting against the resolution to join the plan of nine.

“We do remain opposed to what was the unwanted son of the Greater Manchester Spatial Framework,” he added.

“I know a great many of our constituents are opposed to it, and the plans being forced on us by the Labour Greater Manchester mayor.

“It’s a fluffy name but it’s exactly the same thing on the tin as it was before and the name change will still lead to thousands of homes built on our green belt.”

In the last draft of the Greater Manchester Spatial Framework, released in 2020, the number of green belt sites earmarked for development in Oldham had been reduced from ten to eight.

This saw the removal of 600 homes proposed for land at Thornham Old Road, to the north west of Royton, and the reduction of development at Woodhouses from 260 homes to 30 houses on brownfield land.

And 50 homes proposed for a site at Spinners Way/Alderney Farm to the south east of Ripponden Road had been scrapped.

Plans for 518 homes and 180,000 sqm employment land at Kingsway South have also been put on the backburner with it being changed to a ‘broad location’, proposed for development after 2037.

Until then it will remain in the green belt.

All these changes are also to remain in place under the ‘Places for Everyone’ proposals.

All the Liberal Democrat, Conservative councillors and independent Coun Brian Hobin voted against the proposals.

The Hanging Chadder site in Royton, which was originally proposed for housing. Picture: Google Maps.