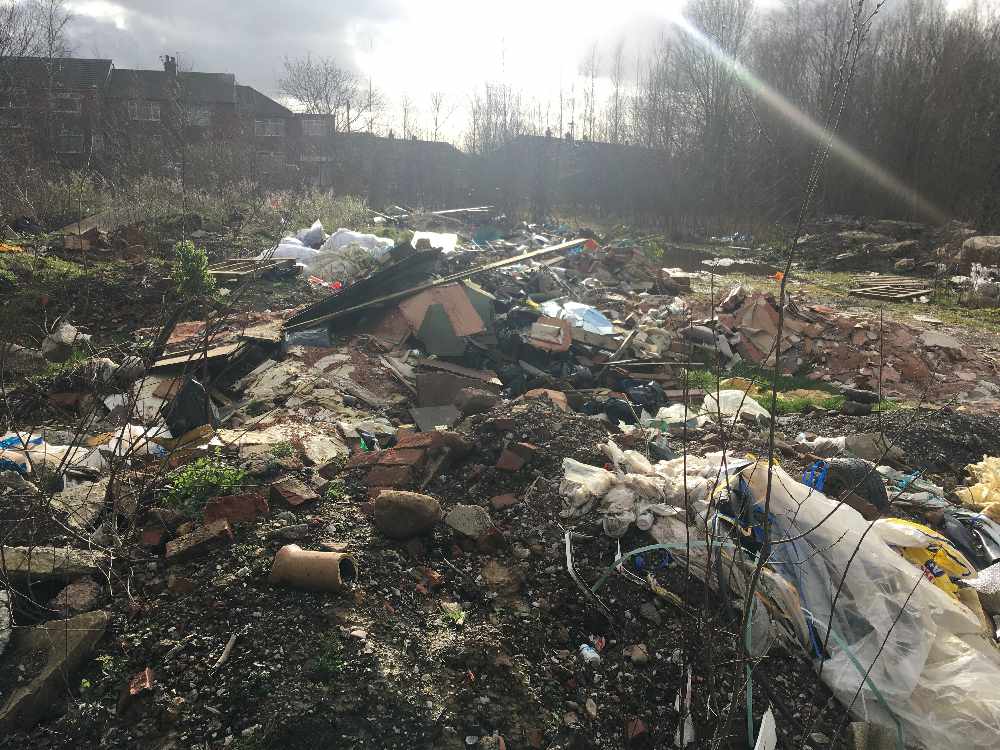 Council bosses are investigating after huge amounts of rubbish and building waste was fly-tipped on land near to a children's play area in Oldham.

Mouldering piles of insulation, broken fridges, as well as heaps of bricks and masonry, have all been dumped on land between between Milne Street and Edward Street in Werneth.

The informal footpath between the two streets, to the western side of Hartford Mill, has been blocked up with piles of rubbish, fly-tipped illegally at the site.

A neighbour walking past the land described it as ‘a local dumping ground’.

The pathway, which is littered with black bags and discarded white goods, comes out onto Edward Street, immediately next to a children’s play area. 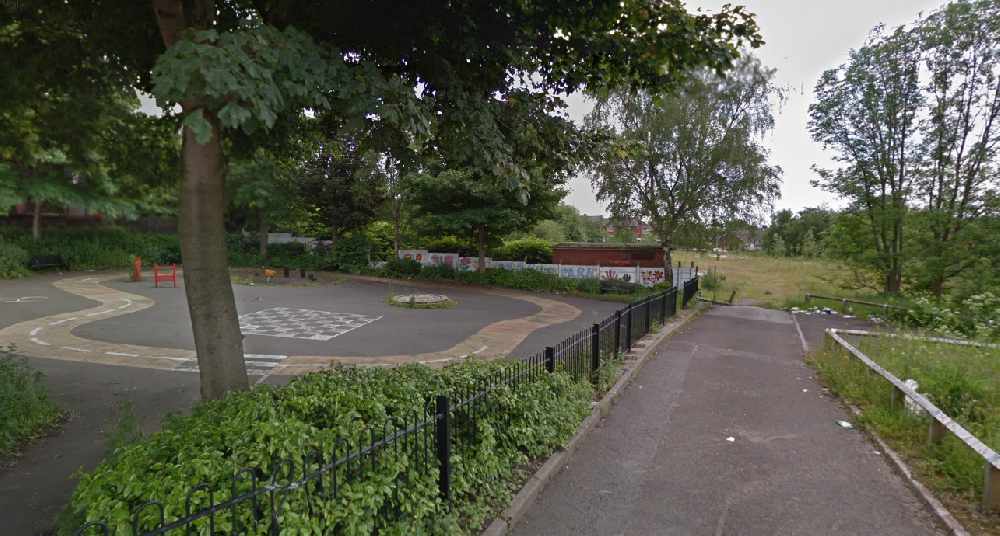 How it looked before waste was fly-tipped next to Hartford Mill, and near to a children's play area.

After pictures were sent to the town hall, the council today said it is working to clear the rubbish and find evidence of the perpetrators, but said it would ‘unfortunately’ cost taxpayers money.

Cabinet member for neighbourhood services, Ateeque Ur-Rehman, said that the fly-tipping ‘brings a community down’.

The town hall says it costs them £2,500 daily to deal with fly-tipping when you take into account staff wages, running a van and waste disposal. 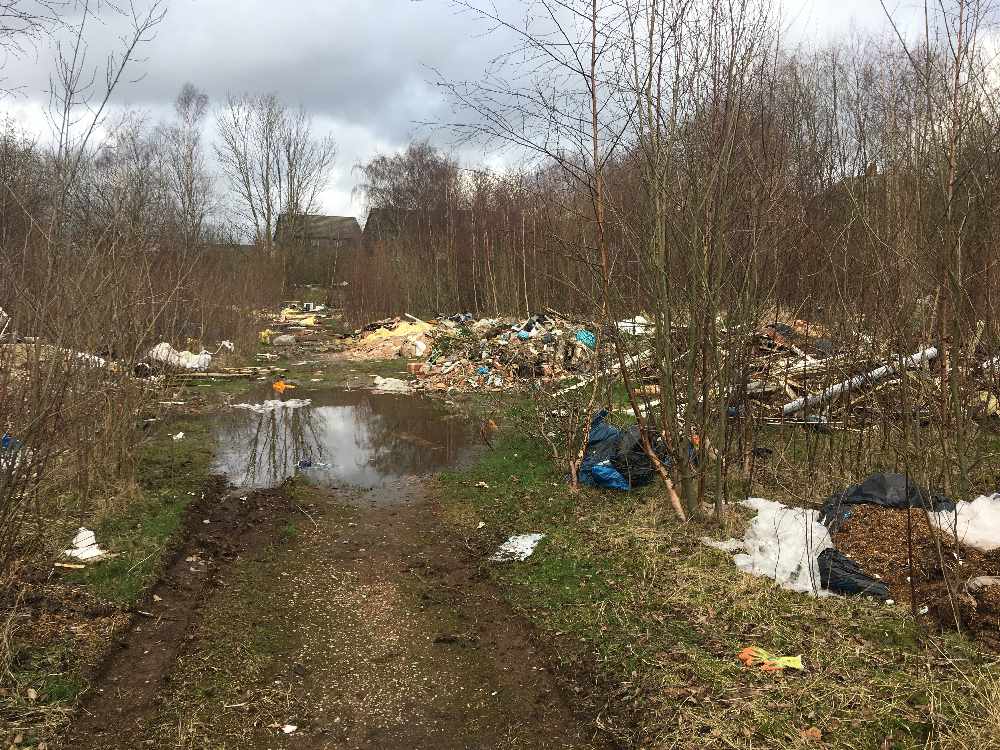 Councillor Ur-Rehman said: “Officers have visited the site this morning, have found evidence and will be following this up.

“We’ll arrange for the waste to be cleared. Unfortunately this will cost those who pay council tax.

“Sadly a small minority of residents, and those from outside of the borough, still think they can dump rubbish and commercial waste and leave others to clean up after them.

“Oldham council is committed to keeping the borough clean and our work is seeing results – over the last few years we’ve prosecuted dozens of people for fly-tipping and last year Keep Britain Tidy gave our streets four out of five for cleanliness, after we boosted the number of workers in our street cleaning team.

“Fly-tipping, like this, has a really negative impact and brings a community down so we’d ask that if anyone has got any information to get in touch.”

Anyone who spots fly-tipped waste in Oldham is advised to report it at www.oldham.gov.uk/flytipping. 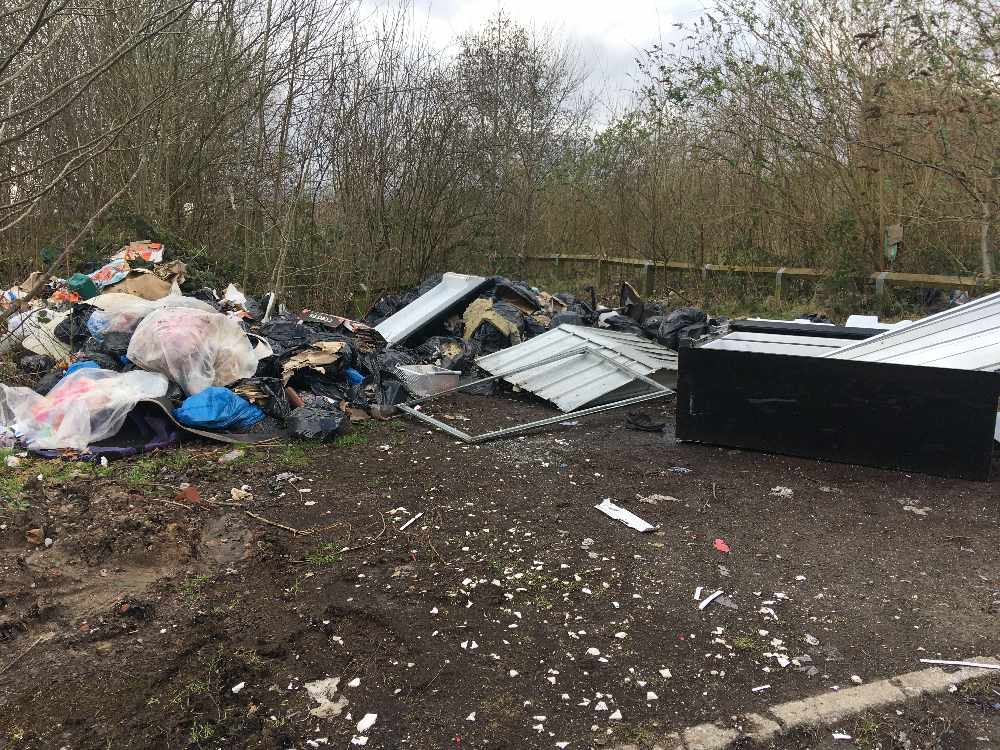