Belief that children being sexually exploited were ‘troublesome’ lay at the heart of authorities’ failure to protect them, leaders admit 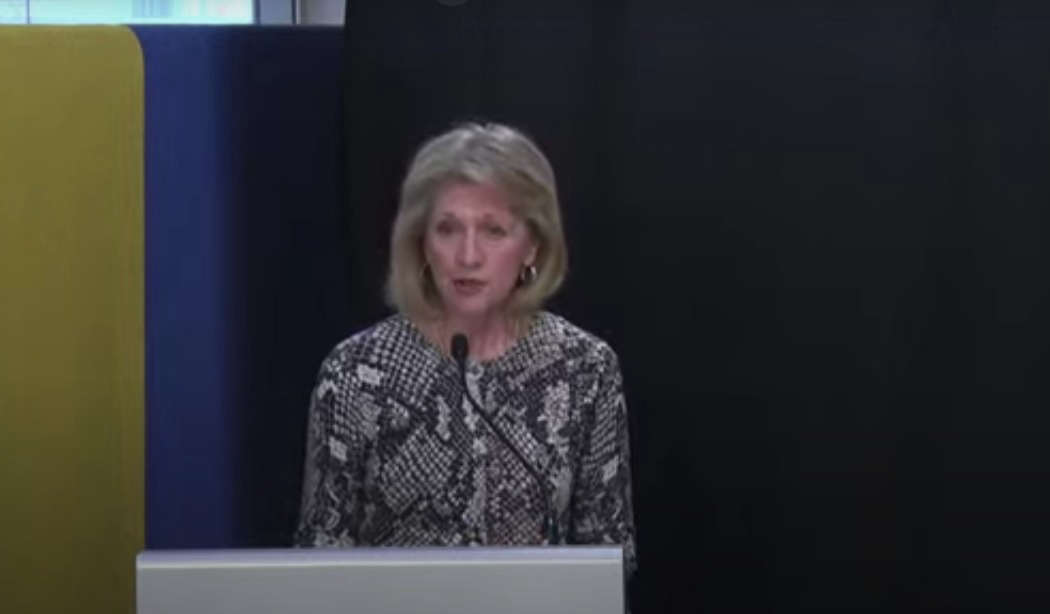 A belief that children who were being groomed and sexually exploited were ‘troublesome’ lay at the heart of authorities’ failure to protect them from abuse, leaders have admitted.

The acknowledgement over attitudes towards victims of abuse was made at a press conference on Monday announcing the findings of a damning review into child sexual explotiation (CSE) in Oldham.
The report lays out the tragic story of 12-year-old ‘Sophie’ – not her real name – who fell into the hands of predators after trying to report a sexual assualt at Oldham police station. After being told to ‘come back with an adult when she ‘was not drunk’, she suffered a further 24 hours of torment in which she was raped repeatedly.
Social services had previously been dismissive when Sophie separately told them she was forming a relationship with an older man over the internet, accusing her of being ‘prone to fantasise’ and ‘putting herself at risk’. Baroness Bev Hughes, Deputy Greater Manchester Mayor for policing and crime, told reporters that while the review had found no evidence CSE was covered up by Oldham council or Greater Manchester Police (GMP), it did uncover ‘serious failings’ by both organisations.
“Children, some as young as 12 or 13 were not safeguarded from very serious sexual assault as a result,” said Baroness Hughes, also chair of the child sexual exploitation steering group. The review also found that social workers and police officers compounded that abuse by not believing the children, by not taking them seriously as victims, but rather seeing them as troublesome youngsters.”
This, she said, was a failure to ‘mobilise’ the child protection procedures in place at the time and did nothing to protect children from further abuse. “The response received by Sophie and the subsequent denials and lack of candour from both the council and the police is particularly difficult to contemplate and quite appalling,” continued Baroness Hughes.
“As well as failing to protect children, perpetrators – including some employed by Oldham council – were not brought to justice quickly and were free to abuse more children.”
GMP Chief Constable Stephen Watson made similar observations about the borough’s response to allegations of sexual exploitation between 2011 and 2014 – but said the approach had now ‘moved on significantly’. All GMP staff were now specially trained to identify the signs of CSE and act appropriately, he told the press conference.
“Very specifically, an important element of that training is recognising the difference between a child who is presenting, very often, with very complex needs,” continued Chief Constable Watson. “In the past, I think people struggled to get beyond the presentation of very difficult behaviours and circumstances – sometimes, of course, wrapped up, in addition, in that the child was involved in criminality.
“The difference, of course, today is that it’s absolutely recognised that all too often those signs and symbols were really symptoms of the trauma suffered by individuals.”
Chief Constable Watson said officers were now far better equipped to distinguish between those who were simply being ‘difficult’ and youngsters behaving in a certain way ‘because the trauma they have suffered has really ruined their lives’.
And he explained that specialist officers were now ready to respond ‘immediately’ once child sexual exploitation became apparent, and that joint working between the police, council and other agencies reflects national ‘best practice’.
“In every part of Greater Manchester we do have multi-agency complex safeguarding hubs, which means that you have knowledgeable people who are passing into those hubs the sort of information that then takes root in coming up with a plan,” he continued.
“A specific plan that pools all the available knowledge from all partner agencies, such that you come up with a bespoke capable plan. The sort of things that were all too often missed and this report gives good examples of that.”
Chief Constable Watson said that the force would look to address the ‘missed opportunities’ of the past and bring perpetrators of historic abuse to justice.
“I have made the point that, much as we would want to, we can’t turn the clock back. But, the assurance is that, any perpetrator regardless of the passage of time will be pursued relentlessly.”
He also announced the launch of Operation Sherwood as the ‘next leg’ in his drive to tackle CSE in Oldham and bring abusers before the courts.
“The assurance I give you in that context is that, to the fullest extent open to us, we will be making further arrests and prosecuting people who may mistakenly think they will get away with it,” he said.
“All of those things taken together I hope comprise a bit more in the way of reassurance as to how it is we align our business with partner agencies.”
However, he was keen to stress there could be no complacency in the fight against those who prey on vulnerable youngsters.
“I am not, frankly, going to sit here and tell you that never will this happen again,” he said. “It is a fact that people have always sought to abuse children, people are today seeking to abuse children.
“We have to get better at preventing that in the first place. But when, God forbid, it happens we need to work really quickly to nip these things in the bud, hold people properly to account and to safeguard these children effectively at the very first opportunity available to us as public agencies.”
Oldham council has said that anyone affected by the issues in the review of historic child sexual exploitation in the borough, or who needs to make a report to us of incidents that occurred in the past, can speak to trained professionals by calling its new dedicated helpline on 0161 770 1045, or emailing oldhamIndependentreview@oldham.gov.uk.
People who need support or legal advice can also get in touch with the Maggie Oliver Foundation at themaggieoliverfoundation.com/self-referral-form
by Nick Statham, Local Democracy Reporter