Avro show resolve to secure first victory of the season 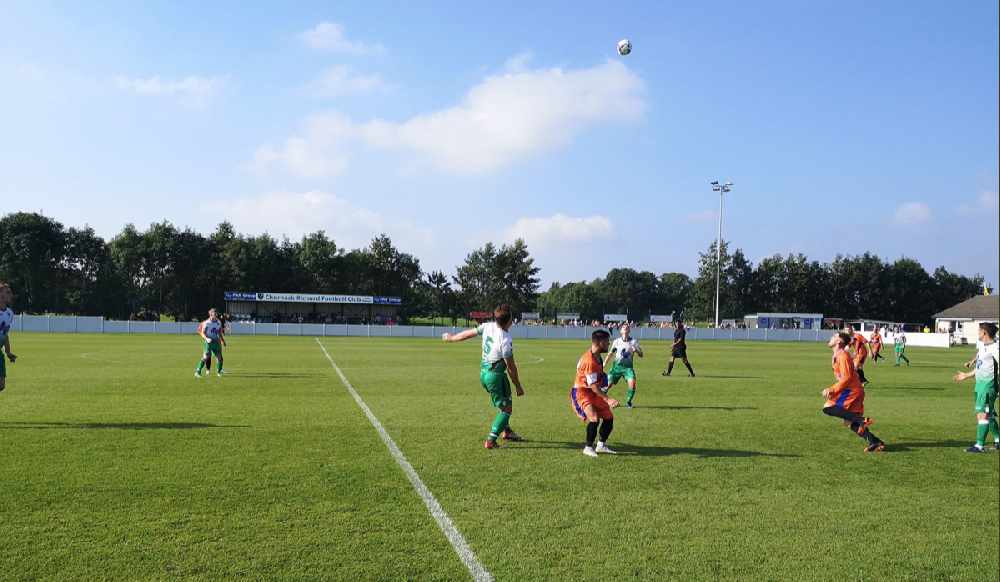 Avro claimed their first points of the season with a convincing 3-1 victory at Charnock Richard on Bank Holiday Monday.

Louis Potts opened the scoring for the visitors in the 17th minute before Jake Pollard doubled the lead on the stroke of half-time.

The hosts found a lifeline within one minute of the second-half, Carl Grimshaw netting for Carl Donnellan’s side.

The hosts battled to find an equaliser but were ultimately undone with ten minutes to go when last season’s top scorer, Joe Bevan, added a third and gave the visitors a much-needed win.

Avro now turn their attention to an FA Vase fixture against Selby at the Vestacare Stadium on Saturday.

Selby are currently top of the North Counties East Football League - Division One, following a great start ot the season in which they have 13 points from their opening five games.

Avro enjoyed a promising run in the Vase last year and will be hoping to draw on that experience to go one step further this season.

They beat Steeton 3-2 and Squires Gate 2-1, before suffering a 2-0 defeat to West Auckland at the Vestacare Stadium in the third round.

As well as the prospect of competing at Wembley Stadium in the final, the FA Vase also offers winnners and losers a healthy prize fund.

During the first round qualifying stage, the winner takes £550 and the loser collects £175.