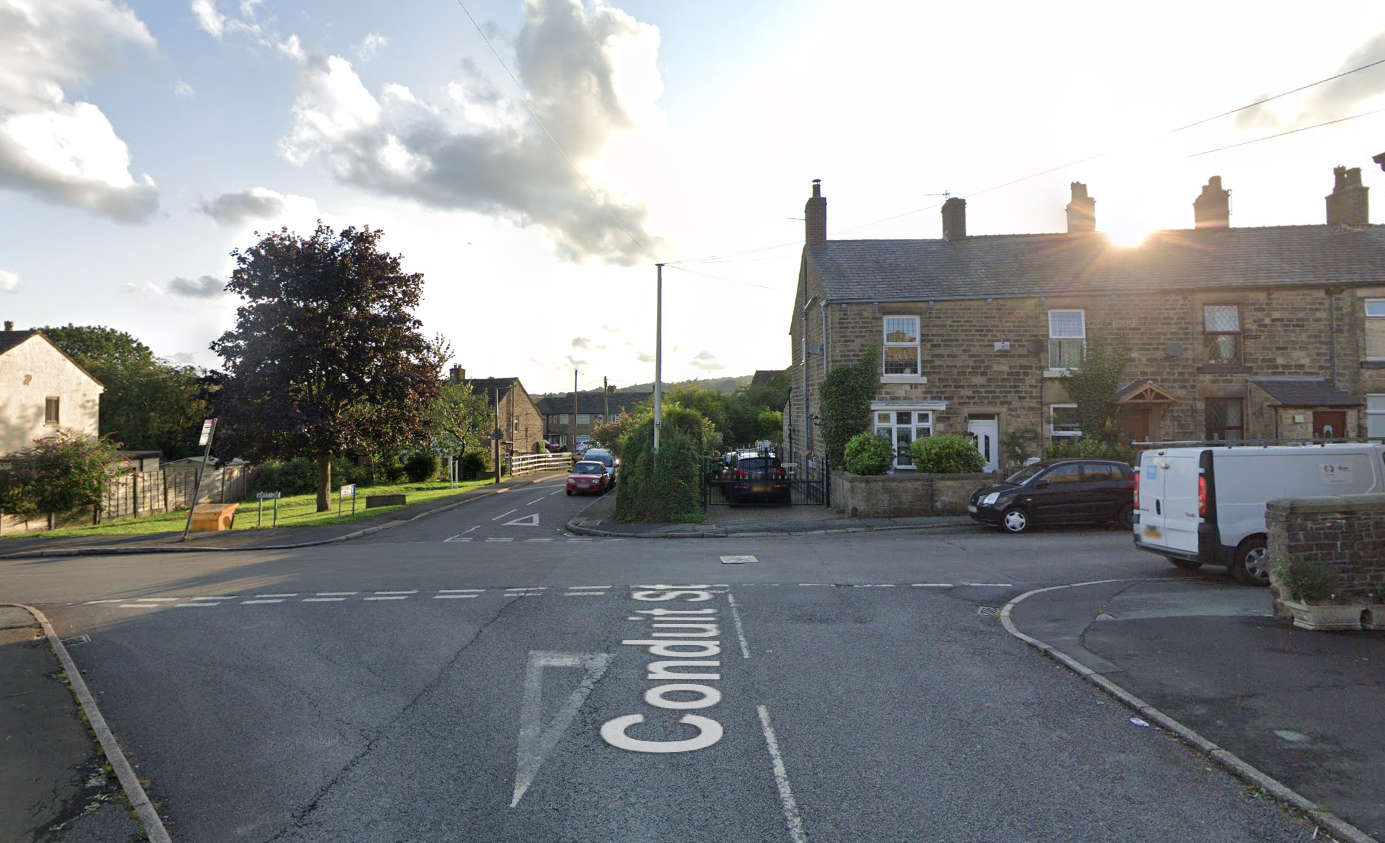 The junction of Conduit Street and West Street in Tintwistle. Image: Google Maps.

Police are investigating and stepping up patrols after a woman was injured during an attempted dog theft in Tintwistle.

The woman was walking her dog last Friday evening (7 January) when, at the junction of Conduit Street and West Street between 7.40pm and 7.50pm, she was approached by a man who demanded she gave him her dog.

It is believed the man has then tried to take the lead of the dog, during which the woman suffered a cut to her hand and hip.

He was not successful in taking the dog, and the woman’s injury is not thought to be serious.

The man is described as around 5ft 5in tall, and of slim to medium build. He had been wearing dark clothing with a hood up and a face covering. It is thought he spoke with a local accent and had a deep voice.

Derbyshire Constabulary is appealing for anyone who may have been in the area around the time of the incident and may have noticed anything suspicious to get in touch.

Officers are also appealing for anyone with any CCTV or dash cam footage from the area at that time to contact them.

Inspector Dave Parker is in charge of policing in the High Peak. He said: “The victim was understandably left shaken following this distressing incident, and we would urge anyone who may have noticed a man matching this description in the area around that time to get in touch.

“We understand that this report may make people feel alarmed, and so officers from our local Safer Neighbourhood policing team are increasing patrols to the area. Please don’t hesitate to speak to them if you have any concerns.”

Insp. Parker added: “We would also like to reassure residents that reports of dog thefts within Derbyshire do remain low, however all reports of this nature will be taken seriously, and I would urge anyone who has been a victim to report it to us as soon as possible.”

Anyone with any information should contact police using the non-emergency methods below, quoting reference 22000014371.

You can also anonymously contact the independent charity Crimestoppers, on 0800 555 111 or by visiting https://bit.ly/35y2z3c.