Revealed: The current estimated spread of Long Covid in Derbyshire 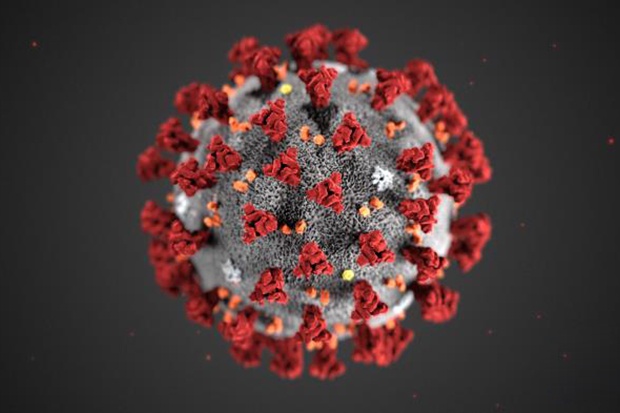 More than 6,000 people in Derbyshire and Derby are expected to have contracted Long Covid, with that number expected to continue to rise.

It is the condition in which Covid symptoms such as brain fog, fatigue and depression continue for 12 weeks or longer.

During a meeting of the health and wellbeing board at Derbyshire County Council on Thursday (30 September), Dean Wallace, the authority’s public health director, shed light on the current estimated spread of Long Covid through the county and city’s population.

He displayed slides which show there are said to be an estimated 6,000 cases of Long Covid in Derby and Derbyshire, with an estimated 77,000 cases across the Midlands as of mid-September.

Derby and Derbyshire are home to the joint fourth highest number of Long Covid cases in the Midlands, divided by integrated care systems (combinations of health and social care organisations).

The Black Country and West Birmingham is estimated to be home to 16,000 cases; 9,000 in Birmingham and Solihull; 7,000 in Leicester, Leicestershire and Rutland; and 6,000 each in Staffordshire and Stoke-on-Trent, Nottingham and Nottinghamshire, and Derby and Derbyshire.

Mr Wallace said that this population of people with Long Covid is expected to present a significant burden on health and social care services in the years to come, with the illness leading to a vast number of different ailments.

He said the cases identified were instances of Long Covid in which patients were to require assistance by health and social care services.

Mr Wallace told the meeting: “We expect to be battling with this for the years to come and we  are still in the midst of the pandemic. Some communities will be disproportionately affected, impacting their mental health and wellbeing as well as their physical health.

“Mental health and wellbeing can become a compounding factor if not caught early and even if someone were to recover physically, they may require ongoing support for their mental health needs.”

Mr Wallace said the illness affects different people in a wide number of different ways, causing issues in every organ in the body.

Slides shown during the presentation also showed that the Derbyshire county area (excluding Derby) is home to the joint largest share of Long Covid cases requiring assistance in the East Midlands – totalling 16 per cent of all cases, tied with Nottinghamshire.

Meanwhile, Derby is home to a smaller proportion compared with other East Midlands cities on six per cent of all cases.

Mr Wallace showcased that the age group most likely to be worst affected is the working population aged between 35 and 49.

He said the group most at risk from contracted a more serious case of Long Covid, requiring higher assistance, were white women aged 35-49 who are more deprived.

Mr Wallace said: “Levels of service need are likely to be higher among individuals living in areas of deprivation.

“Post Covid Syndrome (Long Covid) represents a considerable health need, which is not evenly distributed across the Midlands region.”

Further slides displayed the age groups in which Long Covid is said to have been identified in each area of the Midlands.

Breaking down the cases by gender, 59 per cent of Long Covid cases in Derbyshire belong to women and 41 per cent to men. There is a minor difference in Derby of 58 per cent women and 42 per cent men.

When broken down by deprivation group, there is a major but not unexpected difference between the Derbyshire county area and Derby city.

Areas have been broken up into five deprivation groups (quintiles) with one being the most deprived and five being the least deprived.

In Derbyshire, this is spread fairly evenly – the group with the most Long Covid cases is group three with 27 per cent of cases, with 13 per cent belonging to those most deprived and 19 per cent the least deprived.

Mr Wallace said deprived communities are being disproportionately impacted by Long Covid, as they have by Covid-19 itself.

He and other health chiefs have been clear that this is due to a litany of reasons, such as a higher level of underlying health conditions, poorer quality of housing, less financial ability to self-isolate, higher reliance on public transport, and jobs which pose a higher risk such as factory and warehouse work.

Mr Wallace said that “just as it was in the 1800s, it is the same in the 2020s” more deprived areas have been harder hit by Covid and Long Covid and more affluent areas are less affected.

By ethnicity, the Long Covid cases appear to break down broadly along the lines of the population proportions in the Derbyshire county area and Derby city.

In Derbyshire county, 88 per cent of cases are in the white population, with 10 per cent in “other” and the remaining percentages are narrowly split between the Asian, black and mixed population.

Mr Wallace discussed Office for National Statistics data which shows that the more a person’s activity is limited by their health conditions, the higher the prevalence of Long Covid.

This, he says, is not surprising when staff in health and social care were and are much more likely to come into contact with Covid-19 – due to providing care for patients with the virus.

Mr Wallace reported that those who have been hospitalised with Covid-19 and subsequently developed Long Covid are reported to have had to take four to 10 weeks of sick leave from work after being discharged from hospital.

He said the impact of the spread of Long Covid in health and social care in particular could lead to significant staffing shortages during a team when the nation is trying to recover services and wade through waiting list backlogs.

Long Covid does not yet have a specific medical definition but at the moment, health researchers are categorising it as signs and symptoms which develop during or after an infection consistent with Covid-19, continue for more than 12 weeks and are not explained by an alternative diagnosis.

As it stands 1.5 per cent of those who contracted Covid-19 have gone on to contract Long Covid. This is expected to rise to two per cent.

Here is the current estimated breakdown of Long Covid cases in the Midlands by Integrated Care System:

Shropshire and Telford and Wrekin – 2,000

This is the proportion of the total number of East Midlands cases in each city or county:

Derbyshire – 16 per cent of cases in the East Midlands