By Adam Higgins and David Jones 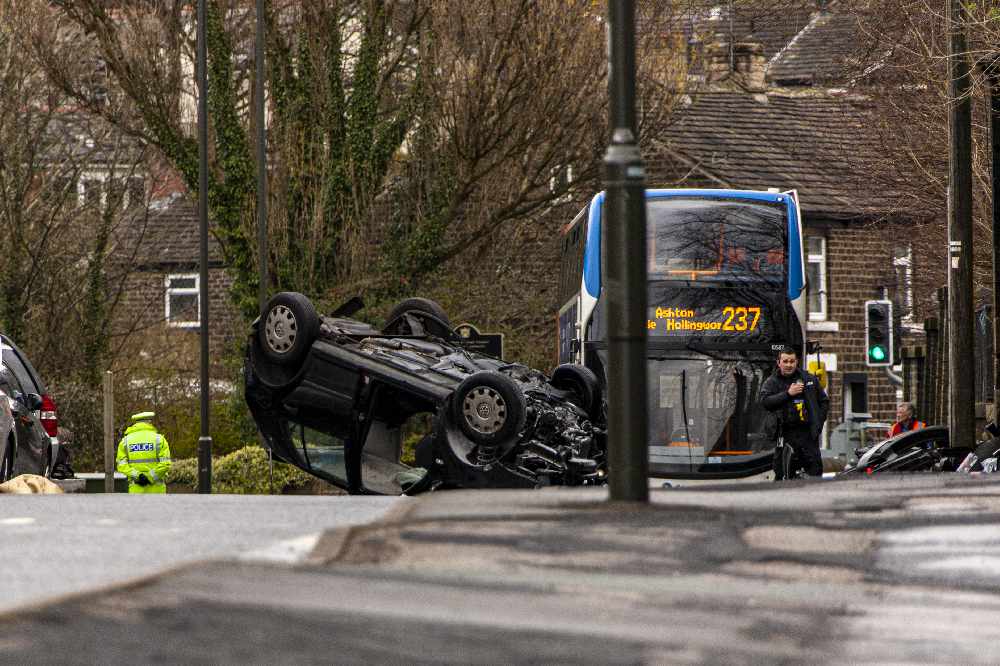 Firefighters had to free a trapped driver from his badly damaged car on High Street East at around 7am.

The Volkswagen Golf ended up on its roof after colliding with four parked cars and a lamppost.

The man was taken to Tameside Hospital with pelvic and arm injuries, which are not thought to be life threatening.

Derbyshire Police have confirmed that the man is in his 40s and from Glossop.

They added that he hasn't been spoken to in relation to the collision as of yet because he is still being treated in hospital.

The crash happened near Easton House, close to the Corn Street roundabout - a stretch of the A57 that in pre-coronavirus times is usually busy.

Police and paramedics rushed to the scene, along with firefighters from Glossop's Whitfield Park station and a crew from Hyde.

The road remained closed for several hours from Shirebrook Drive, at the top of Sheffield Road, to Victoria Street while the police carried out their work.