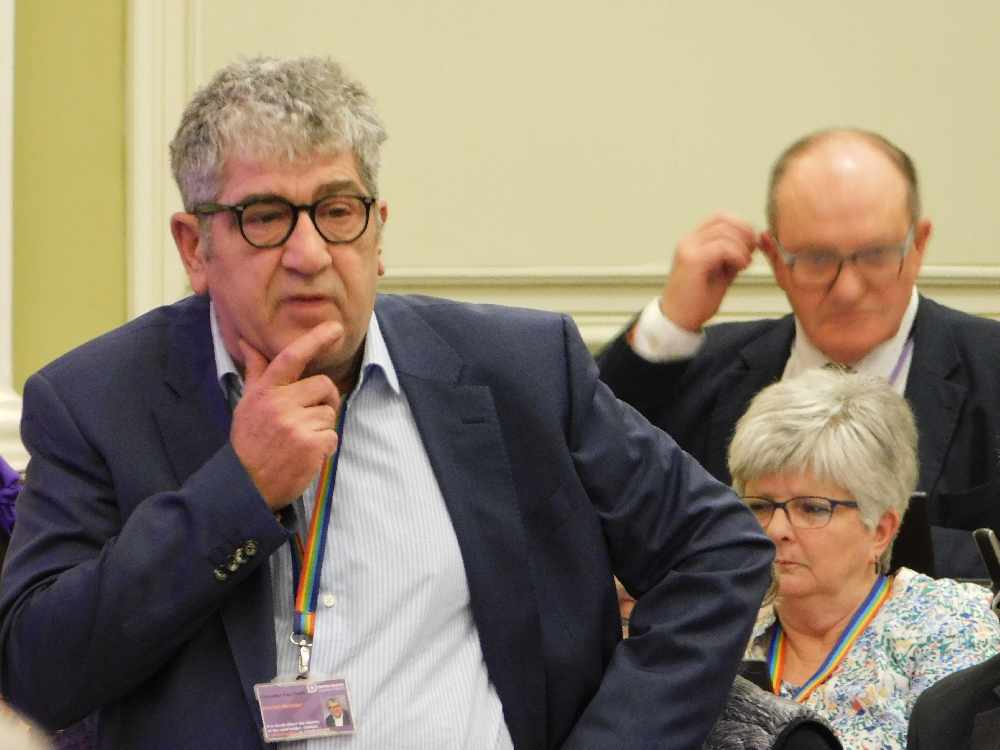 The Conservative leader of the county council has insisted that "austerity is over" and says Derbyshire has a bright future post-Brexit.

However, Labour has hit back over budget cuts, a broken promise over council tax and potential care home closures, asking the county leadership to admit to failings and “show some balls”.

In a meeting of Derbyshire County Council yesterday (Wednesday, February 5) councillors threw jibe after jibe as they debated the authority’s budget for the next year.

The Conservative administration voted through a £560 million budget for 2020 to 2021, along with nearly £19 million in budget cuts and a council tax hike of two per cent.

It had been a long-held pledge from the Conservatives to have a council tax freeze this and next year, but this has been dropped.

All of this year’s two per cent increase, which will raise £6.7 million, will be ploughed into adult social care in an aim to ease the authority’s stretched finances in that department.

Cllr Barry Lewis, leader of the authority said it would have been “irresponsible” to not take the government’s permission to impose a two per cent increase exclusively for adult social care, so that the council did not lose out on vital funding.

He said that he would have loved to have a council tax freeze, as promised.

His deputy, Cllr Simon Spencer, said that a freeze would have been “irresponsible and foolish”.

Cllr Lewis also declared that austerity was over and that Derbyshire has the opportunity to be a post-Brexit success story.

This is despite Peter Handford, the authority’s head of finance, maintaining that this is the “start” of the end of austerity.

He said last month, when the council’s budget was revealed: “There are still years of financial challenges facing us.

“This makes it very difficult to do the things that you as politicians want to do.”

He also said yesterday that the government’s potential funding announcements could create “big winners and losers” across the UK, with Derbyshire potentially set to lose £4 million – around two per cent of its budget.

Cllr Paul Smith, the new leader of the Labour opposition group, said that austerity is to blame for many of the issues facing the council.

He called this year’s tax increase a “broken Tory promise and that all he has heard is “we could, we didn’t, we should, we would” from the Conservative leader and that after three years in charge the Tories need to accept responsibility.

In response, Cllr Lewis said that “austerity was about choices and you made all the wrong choices”.

He also reiterated that the prospect of the council having to close seven care homes – which is now out for consultation – is to be blamed on the previous Labour administration.

Cllr Lewis said: “This is something that as an administration we did not and to consider or do, but it comes as a result of decades of underinvestment on our care homes.

“We didn’t expect to be going down this road and it is very clear to us that people care about their homes and want to live in them, and we want to make their lives as good as possible.”

He hoped that Labour would work with the Conservatives through the consultation process to get the best result for residents.

However, he also said that Labour was intent on taking the county “back to the 1970s”.

Cllr Smith said: “I do not believe anything I did as a cabinet member contributed to the problem (over care homes) we are in now and we acted as soon as we became aware of the problem.”

Cllr Sue Burfoot, Lib Dem, said: “I am not in the blame game, I am really not, we are in this situation and we need to resolve the problem. We need to remember that we are talking about people’s homes here and they don’t want to leave them.”