Nostalgia: Overcrowding in the classrooms 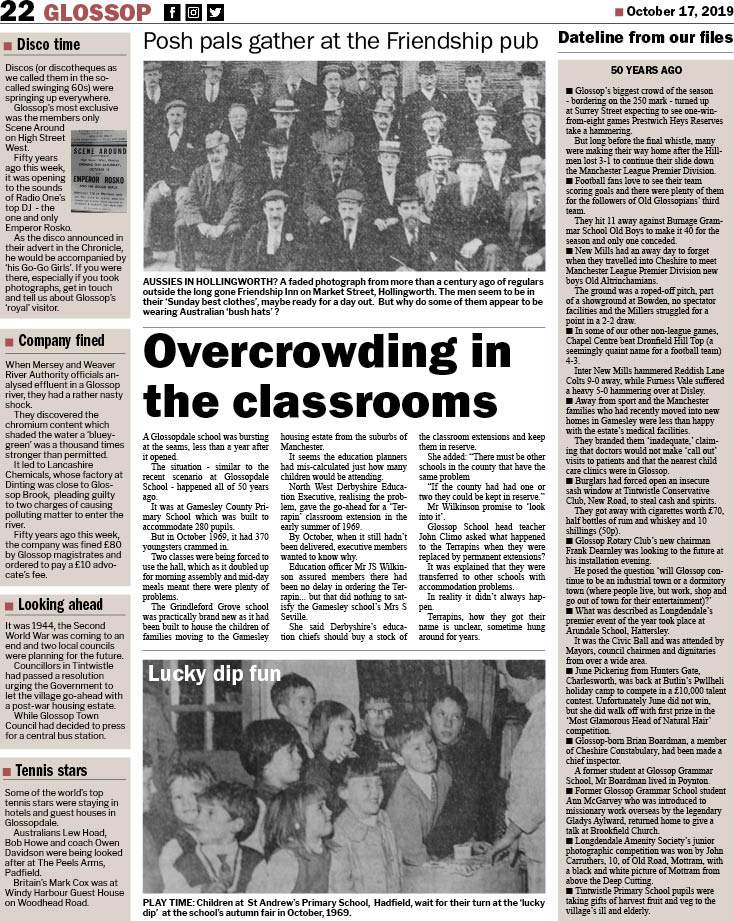 A Glossopdale school was bursting at the seams, less than a year after it opened.

The situation - similar to the recent scenario at Glossopdale School - happened all of 50 years ago.

It was at Gamesley County Primary School which was built to accommodate 280 pupils. But in October 1969, it had 370 youngsters crammed in.

Two classes were being forced to use the hall, which as it doubled up for morning assembly and mid-day meals meant there were plenty of problems.

The Grindleford Grove school was practically brand new as it had been built to house the children of families moving to the Gamesley housing estate from the suburbs of Manchester.

It seems the education planners had mis-calculated just how many children would be attending.

North West Derbyshire Education Executive, realising the problem, gave the go-ahead for a ‘Terrapin’ classroom extension in the early summer of 1969. By October, when it still hadn’t been delivered, executive members wanted to know why.

Education officer Mr JS Wilkinson assured members there had been no delay in ordering the Terrapin... but that did nothing to satisfy the Gamesley school’s Mrs S Seville.

She said Derbyshire’s education chiefs should buy a stock of the classroom extensions and keep them in reserve.

She added: “There must be other schools in the county that have the same problem. If the county had had one or two they could be kept in reserve.”

Mr Wilkinson promise to ‘look into it’.

Glossop School head teacher John Climo asked what happened  to the Terrapins when they were replaced by permanent extensions?

It was explained that they were transferred to other schools with accommodation problems. In reality it didn’t always happen.

Terrapins, how they got their name is unclear, sometime hung around for years.

DATEFILE FROM OUR FILES - 50 YEARS AGO: