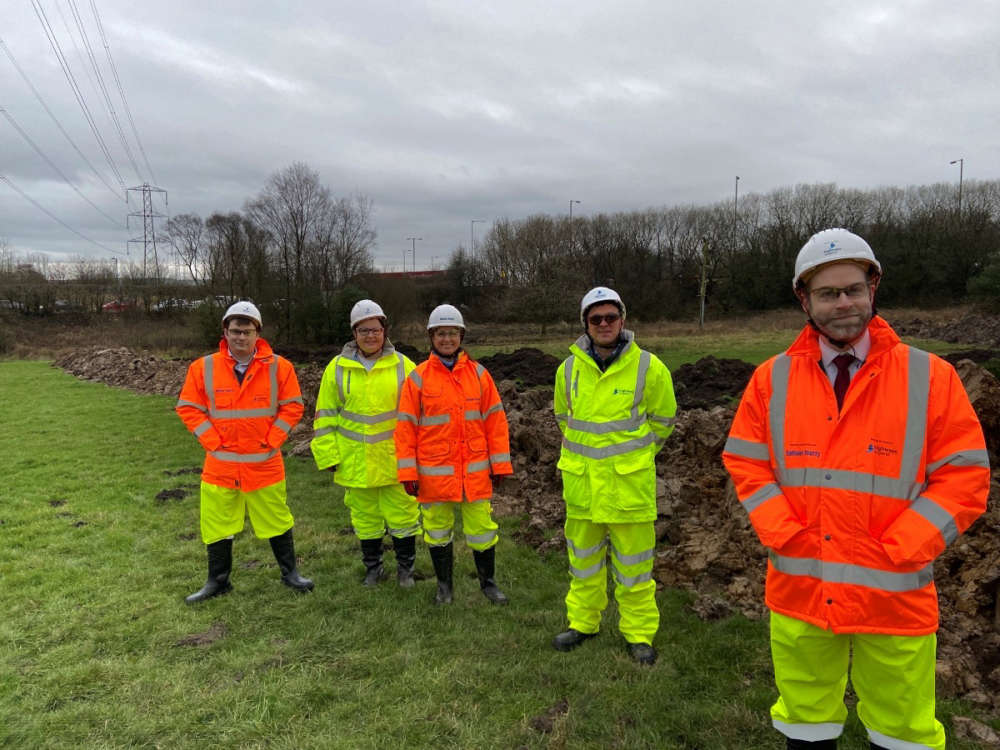 The A57 Links Road project team flanked by the two visiting MPs.

Two MPs got the chance to 'dig down' into the detail during a visit to the site of archaeology surveys connected to the Mottram Bypass.

Robert Largan, Conservative MP for the High Peak, and Jonathan Reynolds, Labour MP for Hyde and Stalybridge, checked out the ongoing activity during a recent tour.

The surveys are part of work to prepare for the delivery of the project should Transport Secretary Grant Shapps choose to approve the DCO (Development Consent Order) application.

National Highways, formerly Highways England, says it wants to transform journeys between Manchester and Sheffield by creating a new bypass at Mottram.

Long-suffering residents of Mottram and surrounding areas have waited over 50 years for it to be built, amid increasing traffic problems on the congested route.

The team on site are digging down to undisturbed ground level in 50m-long trial trenches. ‘Trial trenching’ is a technique used to establish the presence, condition and date of any archaeological remains which may be present.

National Highways senior project manager Andy Dawson said:  “We were delighted to welcome Jonathan and Robert and take them on a tour. The surveys are an important part of the process because they help inform the design of the scheme.

“It was also nice to tell them about a couple of interesting discoveries. The team have found two flints which show the location of Middle Stone Age hunter-gatherer camps and activity sites.” 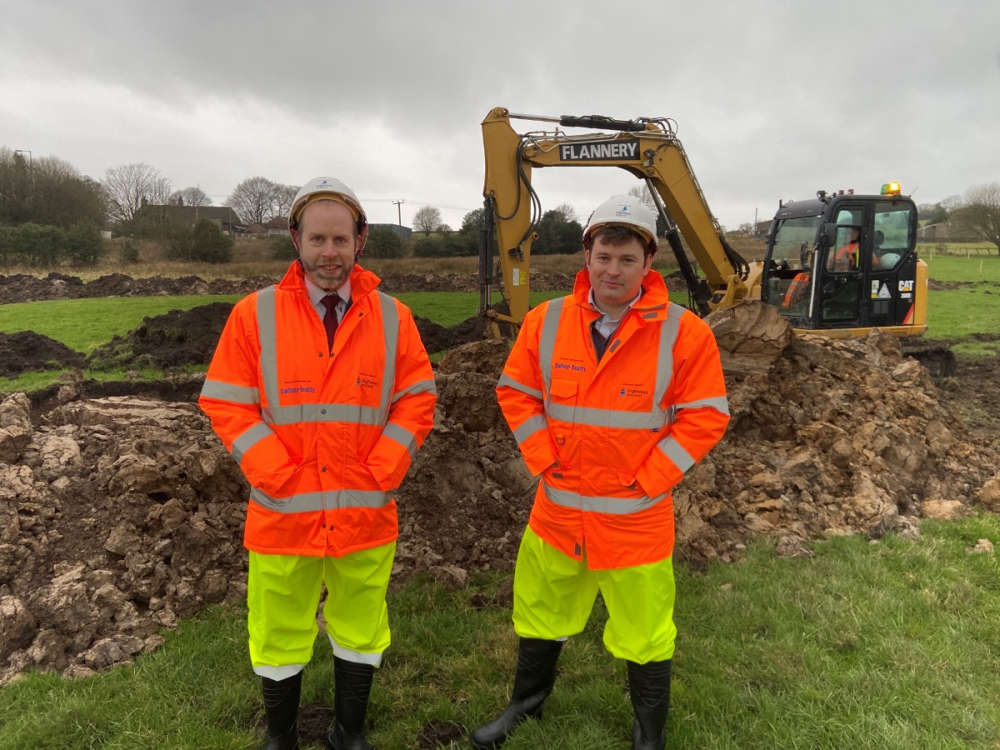 MP Largan said: "It was great to check out the archaeological groundwork taking place on the proposed route of the Mottram Bypass & Glossop Spur Road. It's really exciting to see actual diggers and work going on in preparation for the anticipated proper construction start date next year.

The new bypass - which National Highways says will now cost £180 million, instead of the recently reported £228 million - includes a new dual carriageway that would run from the end of the M67 (junction 4) and through a new underpass to the north of Mottram, in Longdendale.

The road would then join the A57 east of the junction with the A6018 (Black Moor). A new single carriageway road is also planned to link the A57 from Mottram Moor to Woolley Bridge, taking traffic away from the current route of the A57 along Woolley Lane.

MP Reynolds said: "It was quite a special moment to be able to be on site and see the archaeology work that has occurred. We’ve clearly got a dedicated and skilled team doing this work.

"It’s nearly 20 years since I went to my first residents meeting about the traffic problem in Longdendale and to be able to see this work on the ground was fantastic. We’re not there yet - we must wait for the outcome of the Development Consent Order - but we’re closer than we have ever been before."

More information about the Development Consent Order process can be found on the Planning Inspectorate’s website www.infastructure.planninginspectorate.gov.uk

For the latest information about the proposed improvements, visit https://highwaysengland.co.uk/our-work/north-west/a57-link-roads/