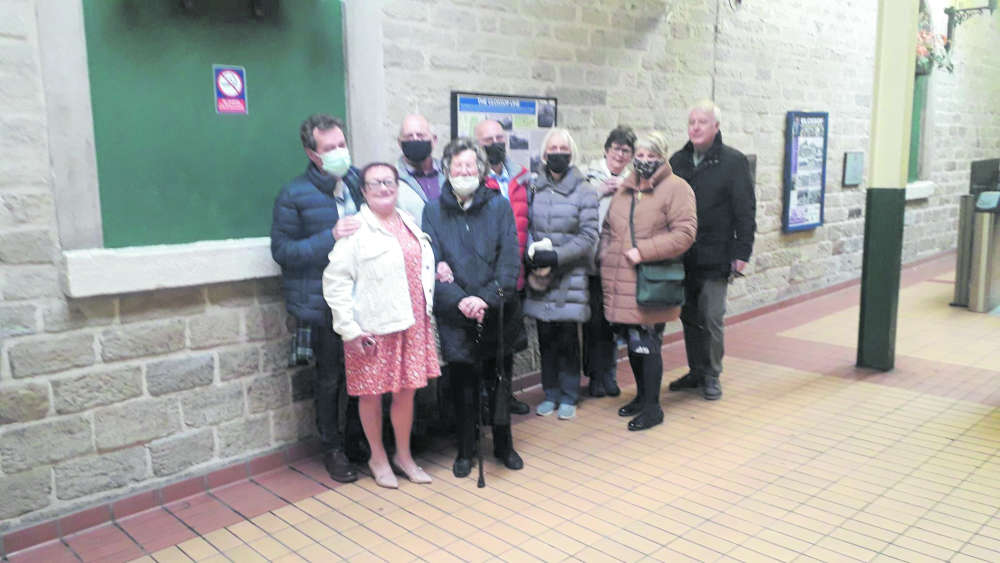 A special memorial has been made by the Friends of Glossop Station to a caring couple.

The tribute was paid to Sheila and Peter Glover, who were staunch supporters of the Lowestoft Evacuation Society, at a memorial event held at Glossop Station on Saturday.

The event, organised by Friends of Glossop Station in conjunction with their daughter Shirley Bourke, included a special display in the station waiting room with paintings and pictures donated by Shirley.

Shelia died in 2019 and Peter in 2020, but due to pandemic restrictions family and friends were unable to gather as they would have wished.

Around 40 friends and family attended the event and heard Neil Williams, Chair of FOGS, give a short address on behalf of Shirley about her parents.

He emphasised the significance of the tribute taking place at the station because it was the first place in Glossop that Shelia experienced on her arrival in 1940, aged nine, as one of the 600 child evacuees from Lowestoft.

Among those attending the event were Iris and Sheila, two former Lowestoft evacuees who made their homes in Glossop after the end of the war. Shirley was very touched by the turnout of friends and family.

Evacuees attended local schools and it was there that Sheila first met Peter.

After leaving secondary school both went to work at Dinting Printworks and their friendship grew and they married in 1953.

The couple lived in Glossop for the next 44 years and fostered 37 children, many of whom remain close to the family. They moved to Southport in 1997, regularly returning to Glossop and supported events organised by the society.

The tribute display to Sheila and Peter can be viewed daily in the waiting room at Glossop Station.