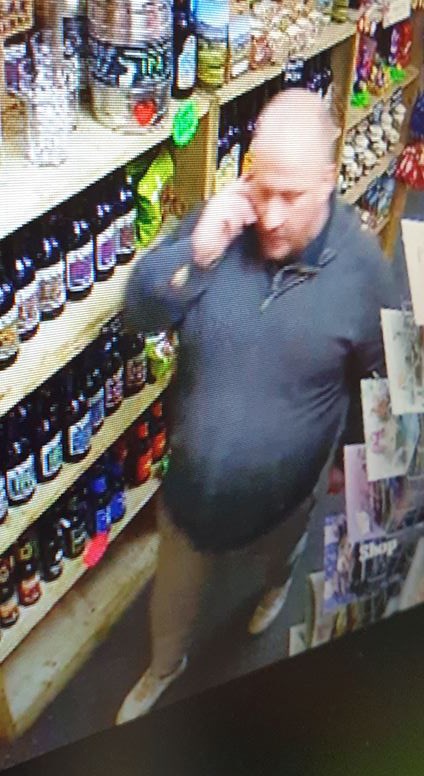 Police are looking to trace a man they would like to speak to in connection with an alleged scam targeting businesses in Simmondley.

On Wednesday 1 April, between 3pm and 3.35pm, a man is reported to have called in to Simmondley Post Office on Pennine Road and asked for cash to carry out work to solve a problem with rats at the back of the store.

He is also believed to have targeted a nearby pharmacy on the same day.

There was a similar report at the Coach House Stores and Post Office, on How Lane in Castleton, on Monday 9 March.

On that occasion, a man came into the shop and said there had been reports of rats behind the building and needed cash to carry out work.

It is thought he also attempted the same scam at Peveril Stores, also in Castleton.

The man pictured may be able to help police with their inquiries. Do you recognise him?

Anyone with any information on any of the aforementioned incidents is asked to get in touch with police, quoting reference number 20*173970 and the name of the officer in the case, PC Patrick Hayley, in any correspondence.