Largan column: 'We must learn lessons from the Holocaust' 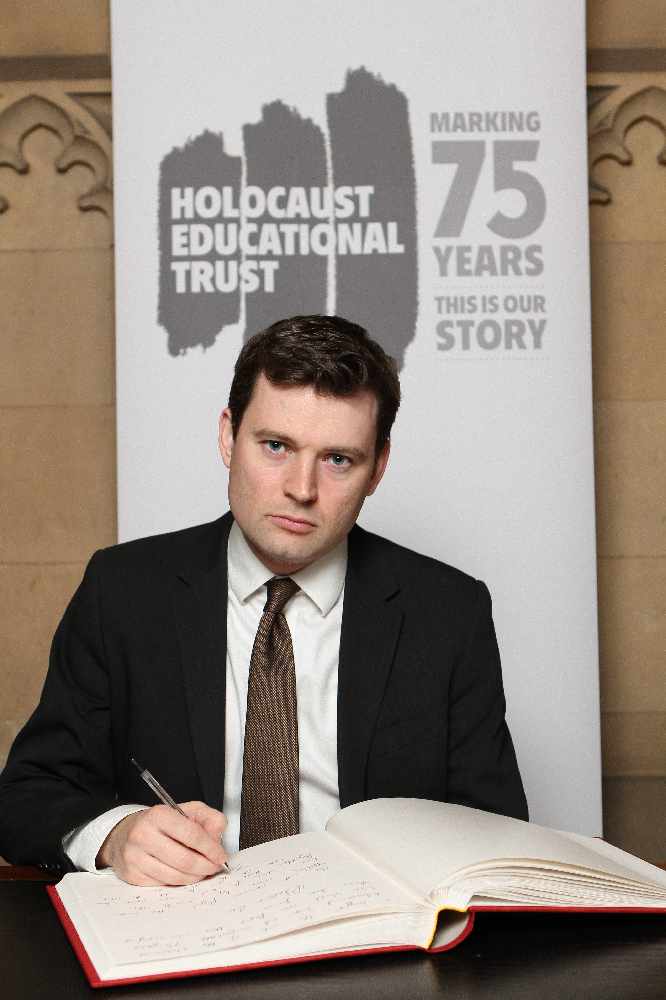 Recent events have me thinking back to last month’s Holocaust Remembrance Day, to mark the 75th anniversary of the liberation of Auschwitz-Birkenau.

I had the great privilege to attend an International Holocaust Remembrance Day service organised jointly by the UK Foreign Office and the Israeli Embassy and listen to the harrowing story of Eva Schloss, a Holocaust survivor who grew up in the Netherlands.

She told the story of her ordeal and that of her family. Hearing her speak of the moments when she saw her father for the last time before his death at the hands of the Nazis was one of the most moving things I’ve ever witnessed.

But what stuck with me most was the story of her brother, Heinz Geiringer, a talented young artist, murdered by the Nazis when he was only 17.

I’ve been lucky enough to see some of his works, found under the floorboards by his sister after she returned home from Auschwitz-Birkenau, on display in the Dutch Resistance Museum, which he painted when in hiding.

The Dutch Resistance Museum in Amsterdam is a remarkable place. It doesn’t attempt to paint a rose-tinted picture of the Nazi Occupation and Dutch resistance but examines in painful detail the choice facing the occupied. Most kept their head down. Many bravely resisted and often paid for it with their lives. Others chose to collaborate. The museum rightly focuses on this choice and the important lessons we must take from it.

As Edmund Burke once said, “the only thing necessary for the triumph of evil is that good men do nothing.”

The Holocaust is the greatest crime in the history of humanity. It was committed by a modern industrialised country, previously seen as an enlightened social democracy.

As the Holocaust moves from living memory to history, it is the duty of all of us to make sure we remember its horror and learn the lessons of history.