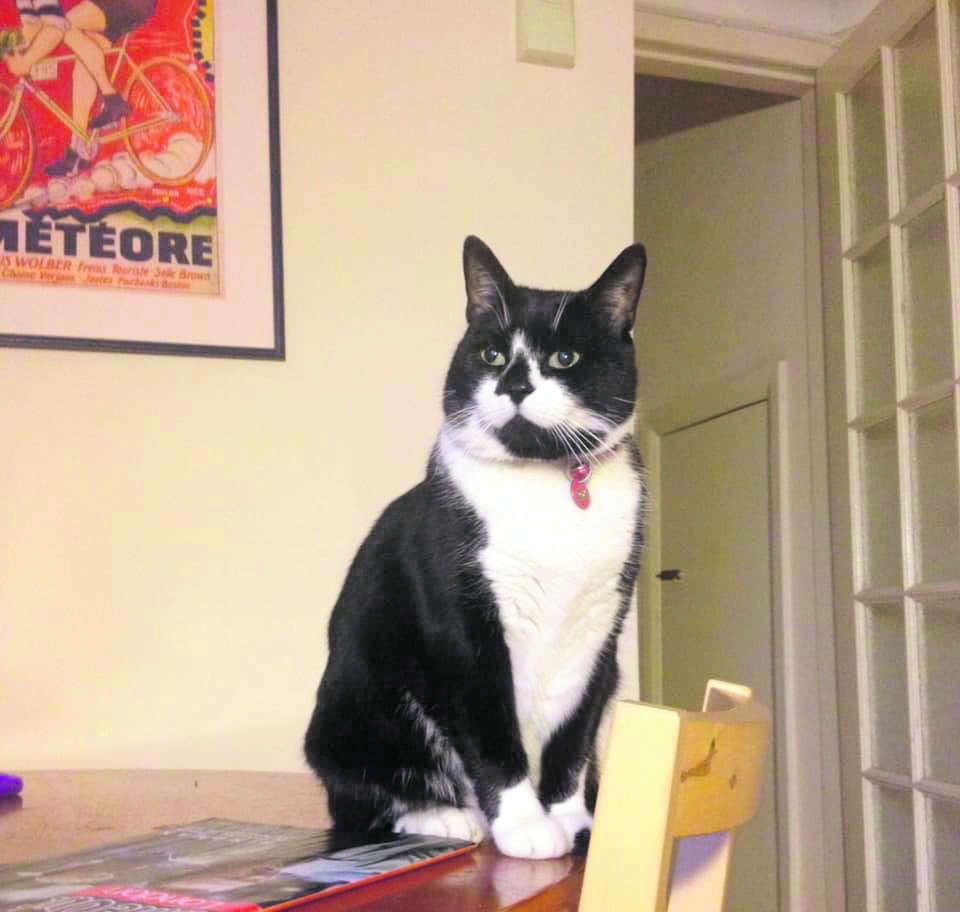 This is Ronnie. He’s a feline legend in Glossop. He’s a free spirit who randomly adopts people. This usually leads to a search to find his true owner.

Fifteen-year-old Ronnie is so friendly and willing to take up residence in homes other than his own, it’s led to his owner Holly Sismore-Whalley setting up a Facebook page to track his movements.

Holly told the Chronicle: “I’ve no doubt that Ronnie will be familiar to many - he’s a big, beautiful, black and white tomcat with a swagger and a very friendly nature.

“He thinks absolutely nothing to lounging around on (or in) cars, sleeping on the road, dashing into houses without invitation, standing up to dogs twice his size, badgering complete strangers for food and he’s even been known to have visited local schools, nursing homes, Manor Park, a hairdressers and a local pub.

“With all the interest and concern about Ronnie and his wandering ways, I thought it might be useful to give a little potted history of his life here, to provide some reassurance that he’s not homeless and that he is in fact a very much loved cat.”

Holly says many people she’s spoken to over the years have been concerned that he’s lost, homeless, pregnant or otherwise in need of help.

She adopted Ronnie from an RSPCA shelter in Nottingham in 2010 - he was assumed to be about four years old and had almost reached the end of the line as far as being adopted goes.

He lived with her in Nottingham and then London, where he honed some incredible rat catching skills at the local overground station, before she moved to Glossop in 2016. 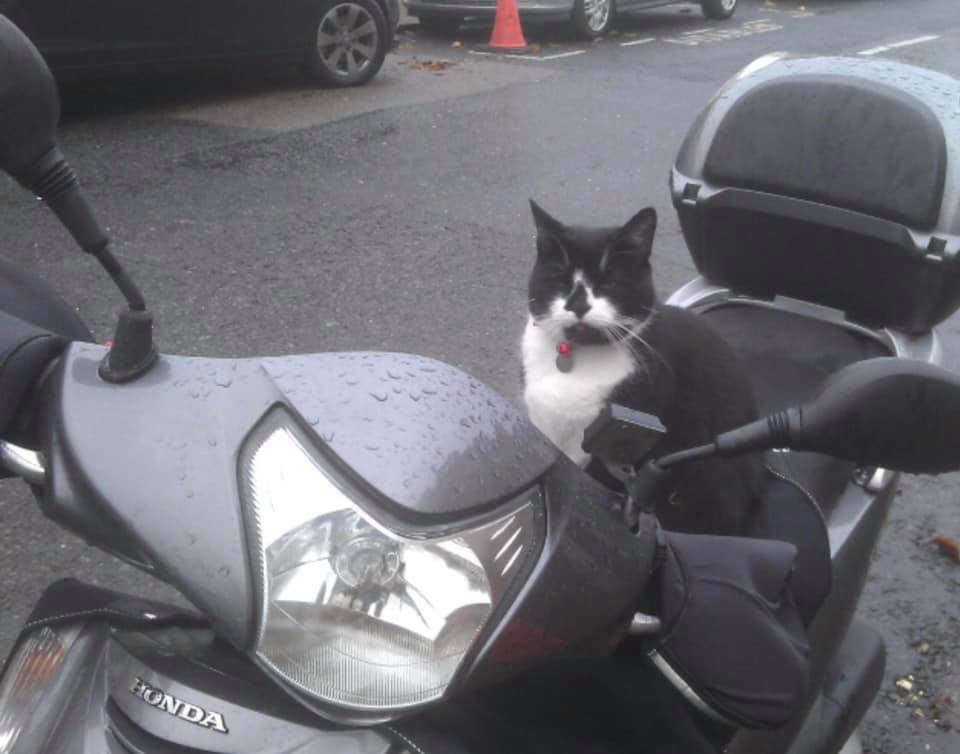 Holly says: “Ronnie made very good friends with Becky Lee in 2017 and actually moved in with her family for two years.

“About a year or so ago, Ronnie very unexpectedly decided to move out and instead of moving back in with us, he seems to have taken up residence in houses along Princess Street, which is local to our house.

“He visits us at least once a day for food and his important thyroid medication. If we haven’t seen him by teatime we always pop out to find him and make sure he’s ok - and he’s usually in his regular haunts and will follow us home for his food.”

But some have expressed concern about Ronnie being out in all weathers and at all times of day.

“I just want to provide reassurance here that Ronnie knows full well where he lives and has access here at all times,” said Holly.

He has a collar with his name and my number on and is microchipped. He is also seen at the vets every three months and is given regular flea treatment.

“We love and adore Ron and have lived with his eccentric ways for a decade - and we hope we have much more time with him.

“He is the very definition of a free spirit and to keep him inside and away from his many friends and favourite places would be a fate worse than death for him.”