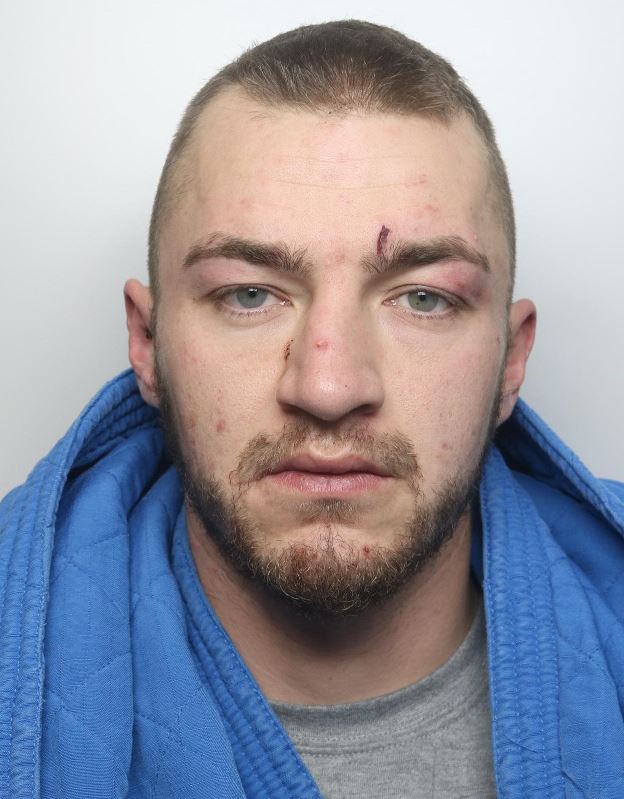 An investigation has been launched into whether Derbyshire Police could have acted differently before a woman was stabbed by her former partner in Glossop.

The Independent Office for Police Conduct (IOPC) has confirmed it has started an independent investigation into Derbyshire Constabulary’s contact with a woman before her former partner broke into her home and stabbed her.

The woman was beaten and stabbed several times by Aaron Booth (pictured), who continued to threaten her with a knife in the street after she had called police to the scene in Glossop on 2 February this year.

In October, Booth was jailed for 14 years after he admitted inflicting grievous bodily harm with intent, assault by beating, escaping custody and possession of a bladed article. He was also given an indefinite restraining order prohibiting him from contacting his victim.

The IOPC is now investigating how Derbyshire police handled a number of incidents of domestic abuse involving the woman and Booth, which were reported to them between September last year (2018) and the night of the stabbing.

It follows a mandatory referral by the force earlier this month (November).

IOPC Regional Director Derrick Campbell said: "We will be considering the force’s response to incidents reported to them prior to the stabbing and whether there is any learning that can be identified.

"We have made initial contact with the woman concerned to explain our role and we will be keeping her regularly updated as our inquiries progress."

The IOPC is the reformed police watchdog, previously known as the Independent Police Complaints Commission (IPCC), which is responsible for overseeing the system for handling complaints made against police forces in England and Wales.

Derbyshire Police said in a statement: "Derbyshire Constabulary made a mandatory referral to the IOPC regarding the handling of instances of domestic abuse involving a woman who was later the victim of a serious assault in Glossop.

"Due to the ongoing IOPC investigation we are unable to comment further."