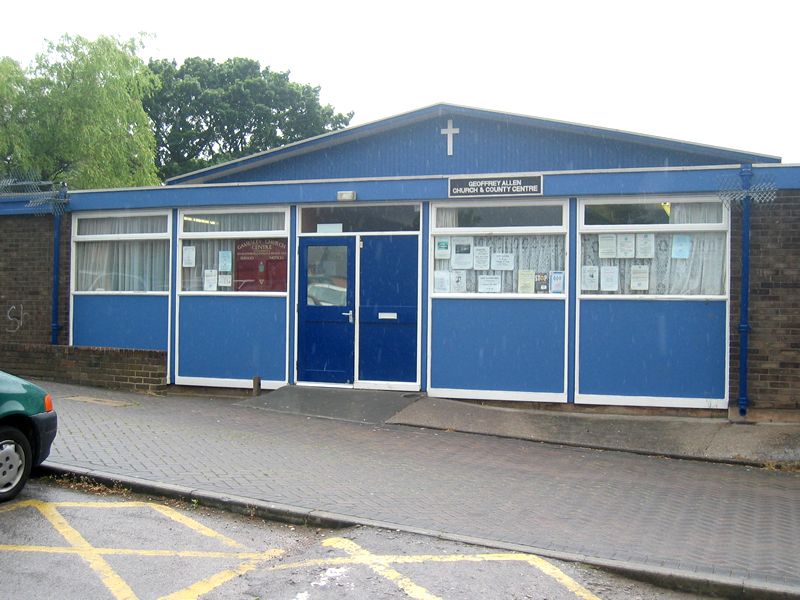 Gamesley's 50-year-old Bishop Geoffrey Allen Church and County Centre could be getting a makeover, but it was a different story in 1970 when the Winster Mews centre was being built.

Derbyshire County Council is currently applying to the borough council for permission to replace the front elevation windows with new aluminium replacements.

But 50 years ago, it had to be protected by a barbed wire-topped security fence after it was attacked by pickaxe-wielding vandals.

It was the only way to stop it being systematically destroyed by vandals.

Ironically the building under construction was what came to be known as the Geoffrey Allen Church Centre.

It had taken the church authorities years of hard work and planning to get the go-ahead and the cash to build the centre.

But exactly 50 years ago vandals were using pick axes to smash newly laid drains set in concrete and wooden frames.

The Chronicle of the day reported Charlesworth St John’s vicar, the Rev Geoffrey Armstrong, as saying: “Now after very many heartaches, building has begun.

“It is therefore very distressing to all concerned when a number of stupid and irresponsible people  are unable to find anything better to do than to smash up this very building  which might well be catering for their needs when it is opened.”

Six years earlier Rev Geoffrey Armstrong and church colleagues had begun planning for the building where people could meet, pray and socialise, when they moved from Manchester to new homes in Gamesley.

Rev Armstrong realised the move might be difficult for families leaving behind that was dear to them in them in the city suburbs.

He believed a church centre would bridge the gap and become a multi-use building.

Writing in his church parish magazine, which in those days vicars used to ‘let off steam’, Rev Armstrong said: “I appeal to all who are concerned for the welfare of the people of Gamesley, to all who go near the site, to please be vigilant.

“Please do all in your power to see that no further damage is done to the building and to see that no unauthorised persons are allowed to loiter around the site.

“Let us hope that our builder will be given a chance to complete the church centre without any further damage  being done by the vandals.”

Thankfully there were no further attacks, the centre opened shortly after and became a valuable asset to Gamesley.

It is still there today, in prime position, close to the primary school and the car park that serves the Winster Mews shops.

Used almost every day for a variety of reasons, just as the far-sighted vicar of Charlesworth wanted all those years ago.