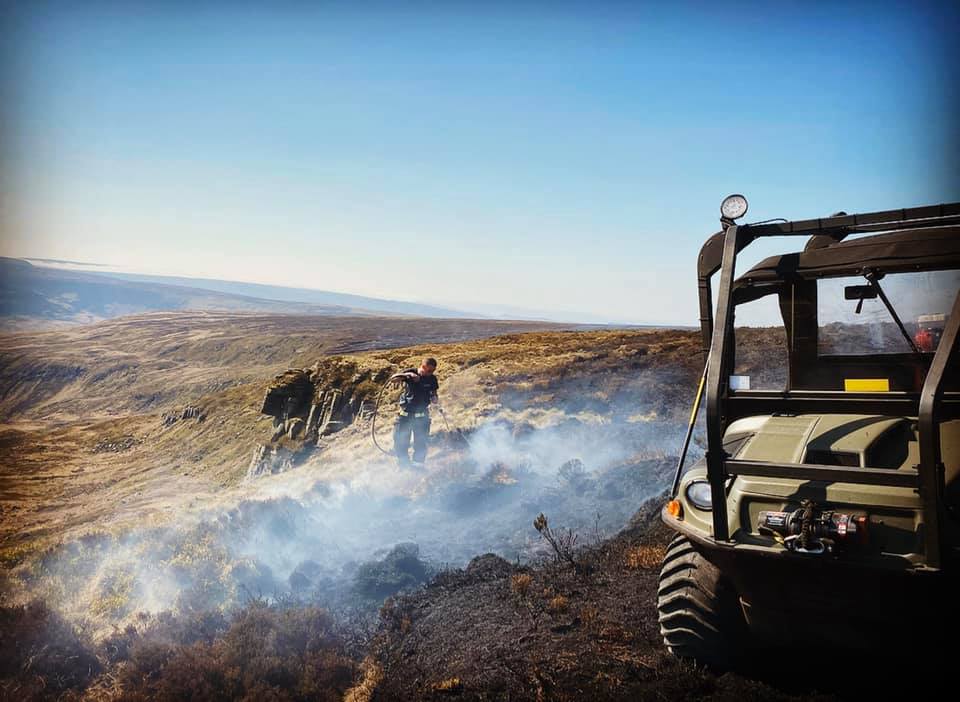 Fire crews have given an update on the ongoing moorland fire at Rakes Moss and are appealing for people to discard cigarettes and rubbish responsibly.

Firefighters made an early morning return on Sunday (April 26) to Rakes Moss, the scene of a moorland fire that started burning on Thursday (April 23) off the A628 Crowden to Glossop.

For the fourth day, fire crews from Derbyshire and Greater Manchester, supported by landowners United Utilities and Peak Park Rangers, have been working to extinguish the fire using a combination of beaters, specialist Argo cat vehicles with high pressure hoses and helicopters.

Firefighters are continuing to damp down hot spots and prevent any further spread as they tackle the fire from all fronts.

Work is expected to continue throughout today (Sunday) with the support of two helicopters.

Volunteers from the Salvation Army are continuing to provide much needed food and refreshments to the crews working in the heat and challenging conditions. DFRS want to say a huge thank you to the Salvation Army for providing this support.

Derbyshire currently have crews from Glossop, Bradwell, Whaley Bridge, Buxton and Alfreton at the scene, with crews from Chapel-en-le-Frith, Staveley and Bolsover scheduled to return to provide relief later today (Sunday).

They were first called just after 10am on Thursday (April 23), with crews from Derbyshire and Greater Manchester attending the scene, supported by landowners United Utilities and local gamekeepers.

Throughout Thursday and Friday, crews used beaters, specialist Argo cat vehicles with high pressure pumps to penetrate deep into the fire, and helicopters to drop water onto the moorland.

On Saturday, crews have worked to extinguish the fire using a combination of beaters, specialist Argo cat vehicles with high pressure hoses and two helicopters.

Firefighters were also called to a grassland fire on an embankment off the A628 near Crowden at around 10pm on Friday night (April 24), which was attended by crews from Derbyshire, Greater Manchester and South Yorkshire services.

They spent almost four hours at the scene of a blaze, which saw an area of grass approximately 200 x 50 metres well alight. 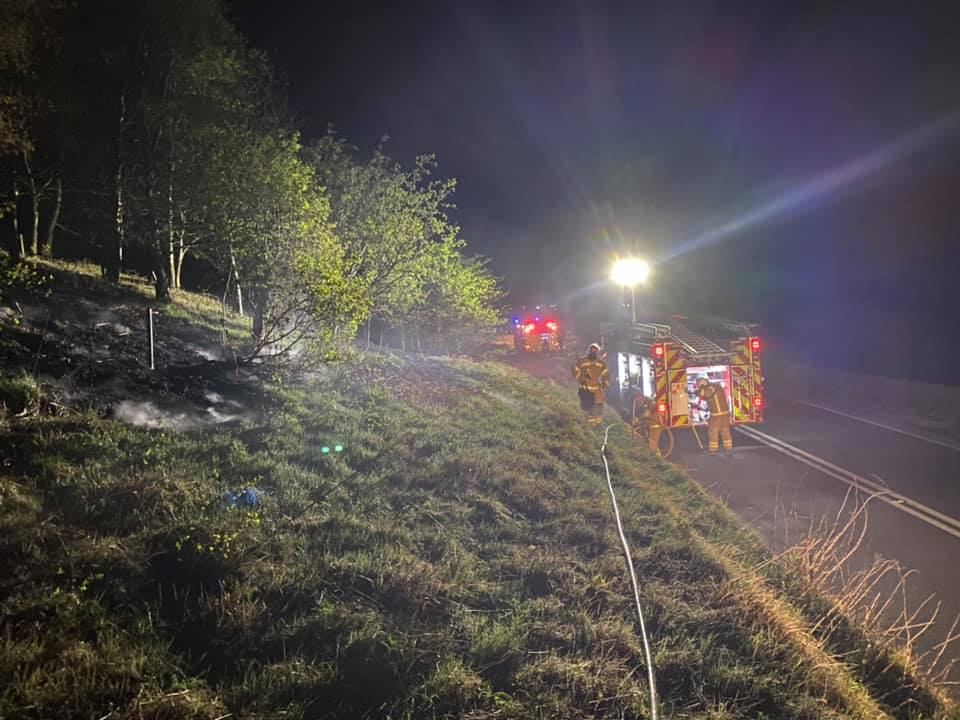 Group Manager Hawker went on to say: “I’d like to remind people to adhere to current government Covid-19 advice, to stay at home except for essential journeys.

“I’d also appeal to people to consider how dry grass and vegetation is the moment. A discarded cigarette, glass bottle that the sun can magnify through, and hot coals from a portable barbeque can easily cause a fire.

"Please dispose of your cigarettes and rubbish responsibly and please do not go into the countryside to have a barbeque – stay at home and save lives."

Currently, there are two helicopters supporting the fire as well as firefighters from Derbyshire – Glossop, Belper, Bolsover, New Mills, Chapel-en-le-Frith, Bakewell and Buxton, supported by colleagues from Greater Manchester.