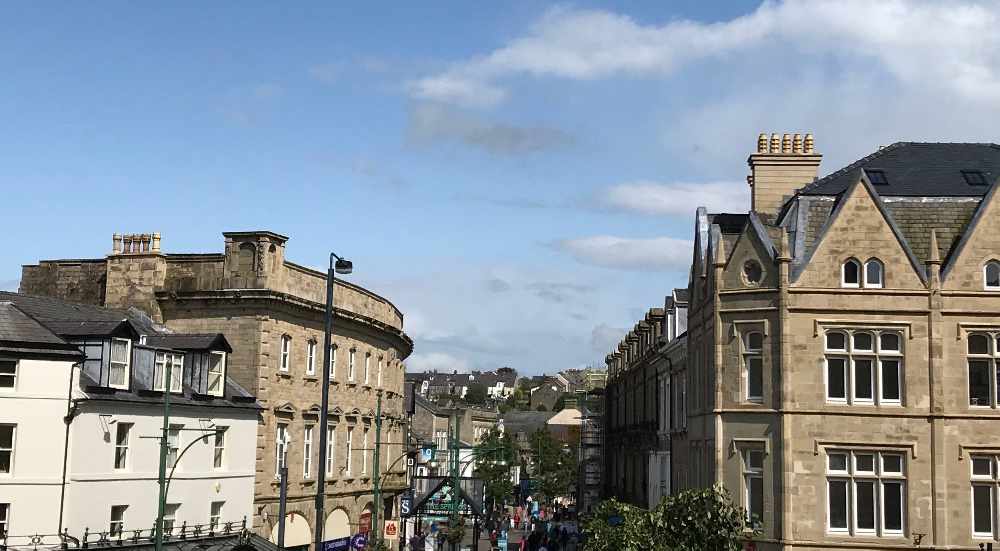 Buxton town centre is set to undergo a regeneration after being awarded £6.6 million in government funding.

It's part of the Future High Streets Fund - which was launched in 2018 to renew and reshape town centres and high streets in a way that "drives growth, improves experience and ensures future sustainability" by supporting "transformative and structural changes to overcome challenges".

Buxton was one of the first towns shortlisted by the government in July 2019.

The town's proposals - submitted for the application by High Peak Borough Council - include the possibility of a town centre gym and a cinema, new cafes and restaurants, office workspace and a new home for Buxton & Leek College, as well as new housing.

A new pedestrian route would link the town centre to the station and the proposed new health hub on the old water bottling plant site.

There would be improvements to the public realm and historic shop fronts on Spring Gardens, delivered by a supplementary £1 million Heritage Action Zone scheme which the government has already funded.

On Boxing Day (Saturday 26 December), the first round of successful towns have been announced and Buxton has been included to receive provisional funding - news which has been welcomed by High Peak's MP.

Robert Largan said: "This is fantastic news for Buxton and I am really pleased to have helped secured this vital funding to regenerate our town centre. It’s great that we have a Government that is finally prepared to invest in the High Peak.

"I have previously expressed some concerns about the proposals, as have groups such as Buxton Civic Association. But we’ve all agreed that the priority was on securing the funding for the town and that’s what I’ve focused on. Now that we’ve been awarded the funding, I hope the Council will listen carefully to local residents and fine tune the proposals. This is an important opportunity to revitalise Buxton town centre and make the High Peak an even better place to live."

High Peak Borough Councillor Edward Siddall, who is Chair of the Economy and Growth Select Committee, said: "I am very proud of all the council officers and councillors who worked on this project. With the Covid-19 crisis, the high street needs this investment."

You can read more about the proposals for Buxton by clicking here.