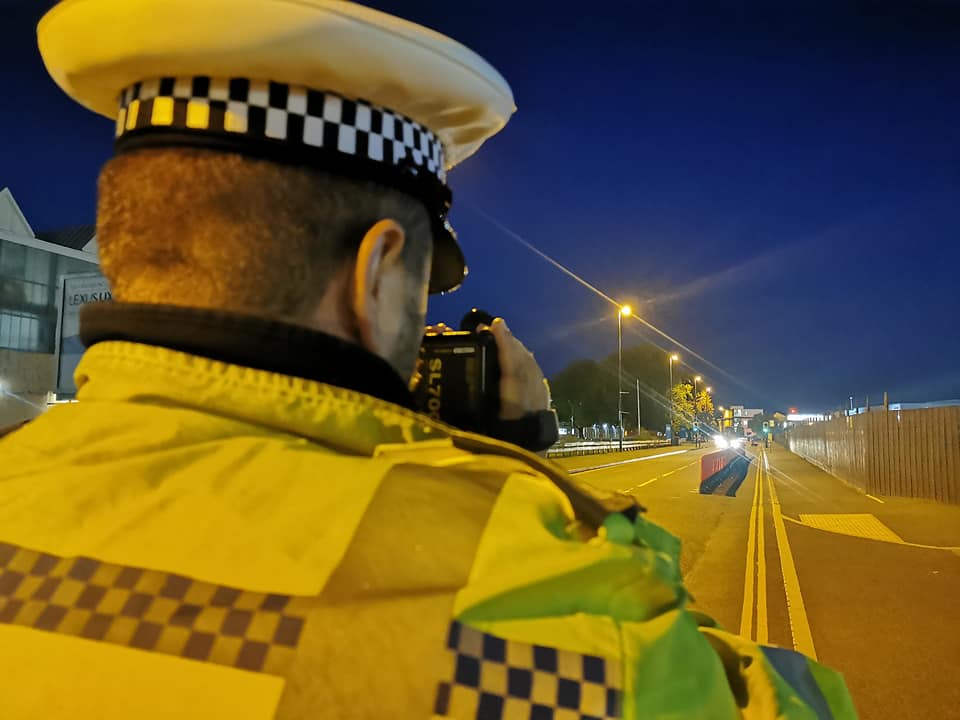 More than 2,000 vehicles were stopped and almost 900 motoring offences were detected in Derbyshire by officers in just five days.

The 'One Road, One Week' campaign is a National Police Chief's Council initiative, which ran between 14-18 September.

Derbyshire Constabulary say officers and staff from across the force played their part and were supported by local authorities, the Police and Crime Commissioner and HMRC.

Routes with the highest harm statistics - where motorists have been either killed or seriously injured due to driving offences - were targeted.

These included the A6 in the north of the county and London Road in Derby. 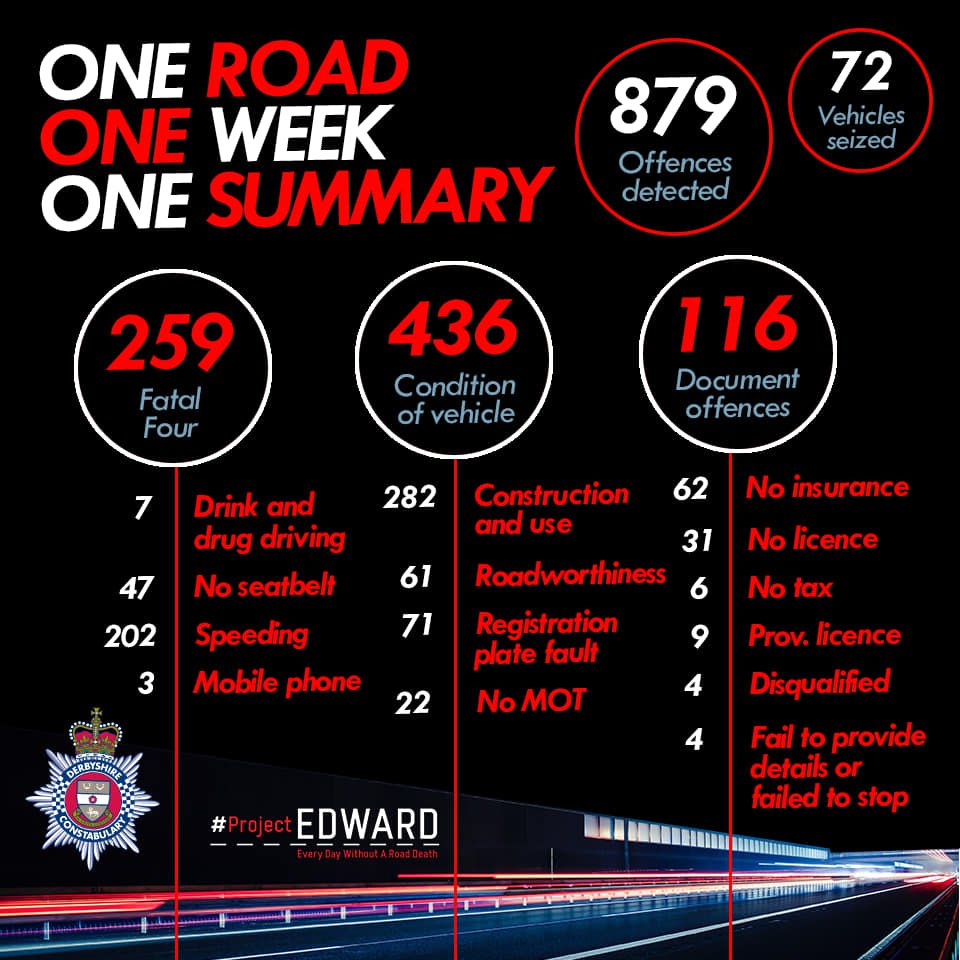 Alongside this, work was undertaken to align with a separate European initiative named #ProjectEDWARD (Every Day Without a Road Death), which ran until 20 September. This year #ProjectEDWARD centred around driving for work to raise awareness on speed, maintenance of vehicles, fatigue, HGV driving, towing and driver behaviour.

The top five offences recorded during the week were condition of vehicle offences, speeding, issues with registration plates, tyre defects and those driving without insurance.

Chief Inspector Jim Thompson, who leads Derbyshire Operational Support Unit, said: "Firstly, I would like to extend my thanks to the partners and member of the public who supported us during this vital work.

"As a force we are extremely pleased with the outcome of this week, as we know that road deaths are preventable and this work has placed emphasis on drivers who are committing offences which could lead to someone being seriously hurt or killed.

"Not maintaining the condition of your vehicle, speeding, and driving without insurance can all have potentially lethal consequences.

"We appreciate that some drivers may be genuinely unaware that their vehicle is out of condition, for example, and this is exactly why these awareness weeks are integral to keeping our county’s roads safer."

Police and Crime Commissioner for Derbyshire, Hardyal Dhindsa, said: "Up and down the county I have been told that road safety is something that concerns people. That’s why I have supported many initiatives to make the roads safer.

"Having seen this enforcement campaign in action, I think it sends the right message to those who continue to ignore the rules of the road.

"But I stress that the robust enforcement of the law will continue well beyond this very successful week of action. I have made it a top priority and I know that the force will do everything they can to keep the roads safe for all road users."