Witch Queen of New Orleans (Redbone)
(1971) ...  only UK hit for the native American band. Witch Queen made it to # 2 on our chart, 19 places higher than their best placing in the US Hot 100. Another of their songs, the turntable hit Come And Get Your Love was featured in a TV ad a couple of years ago 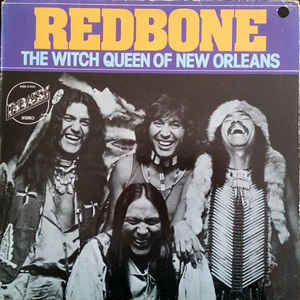 Do You Know The Way To San Jose (Dionne Warwick)
... after Walk On By, Dionne's second UK Top 10-er had been a long time coming . Do You Know The Way - by the same writers, Burt Bacharach and Hal David - was the one to do it, in the first of today's featured years 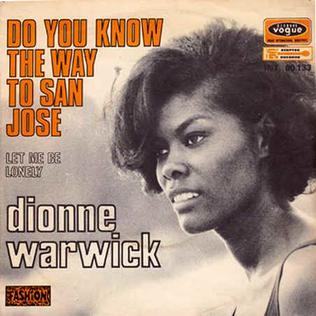 When (The Kalin Twins)
(1958) ...  the ultimate stand-alone success story ~ one UK  # 1 and nothing else, ever Fast forward to the late '70s, Showaddywaddy came close to following twin brothers Hal and Herbie all the way to the top, peaking at # 2. 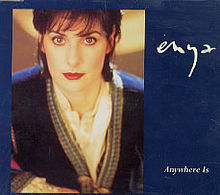 Baby Come Back (The Equals)
.... three weeks as the nation's No.1 ~ fast forward more than a decade, lead singer Eddy Grant went on to enjoy success as a solo artist in the early '80s, returning to the top with I Don't Wanna Dance in 1982 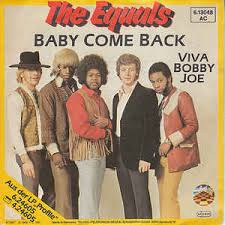 Green Tambourine (Lemon Pipers)
... psychedelic pop, typical of the era, but somewhat out of character for The Lemon Pipers who were a serious out and out rock band. The temporary switch of style - some might say 'sell-out' (?) - saw them top the US Billboard Hot 100 and reach the Top 10 in the UK 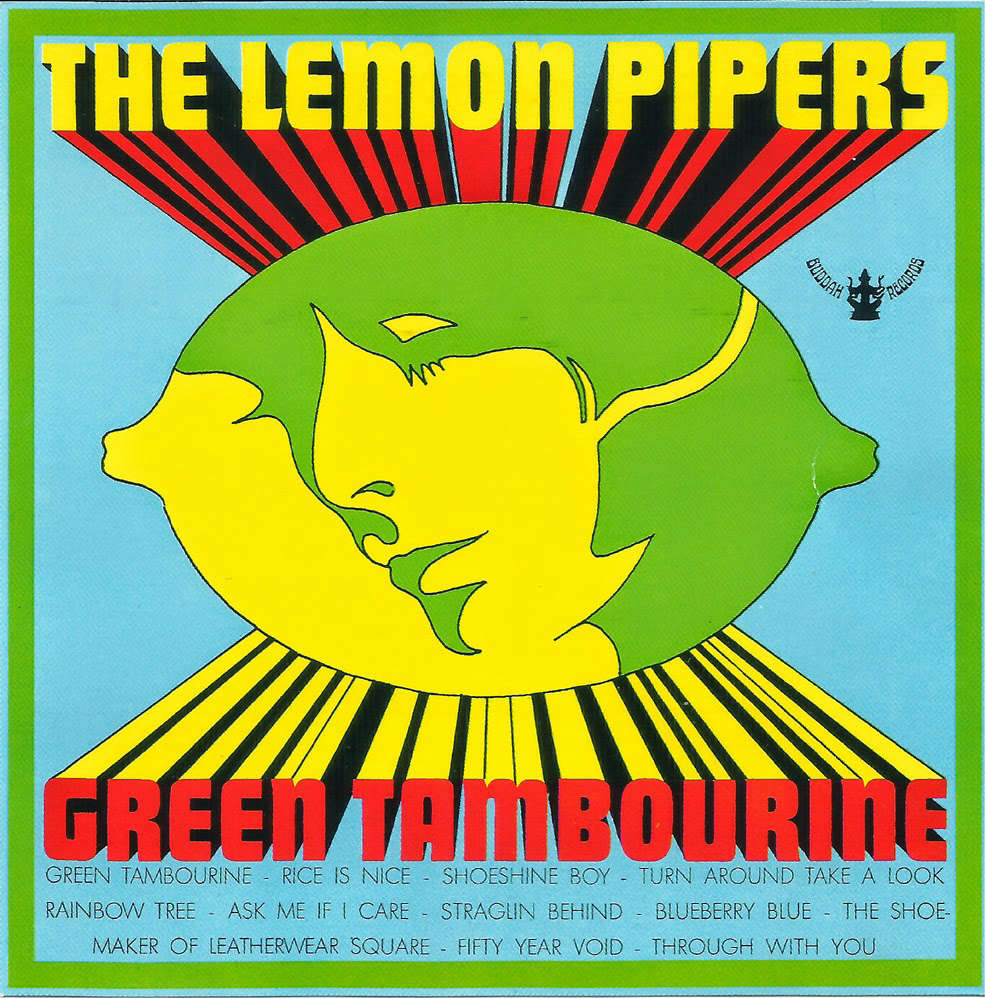 Ain't Nothing Like The Real Thing (Marvin Gaye and Tammi Terrell)
... first of five duets for Marvin and Tammi which reached the Top 40 in an 18-month span through '68-'69

Dream A Little Dream Of Me (Mama Cass)
...  an old, old song, dating back to 1931 - recorded by the likes of  Ella Fitzgerald, Nat King Cole and  Doris Day 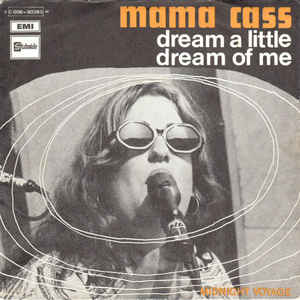 Pictures of Matchstick Men (Status Quo)
...their first time on the chart, with a  magical sound very much of its time - like The Lemon Pipers' Green Tambourine featured earlier, a long way from the heads-down, no nonsense boogie which would become their trademark 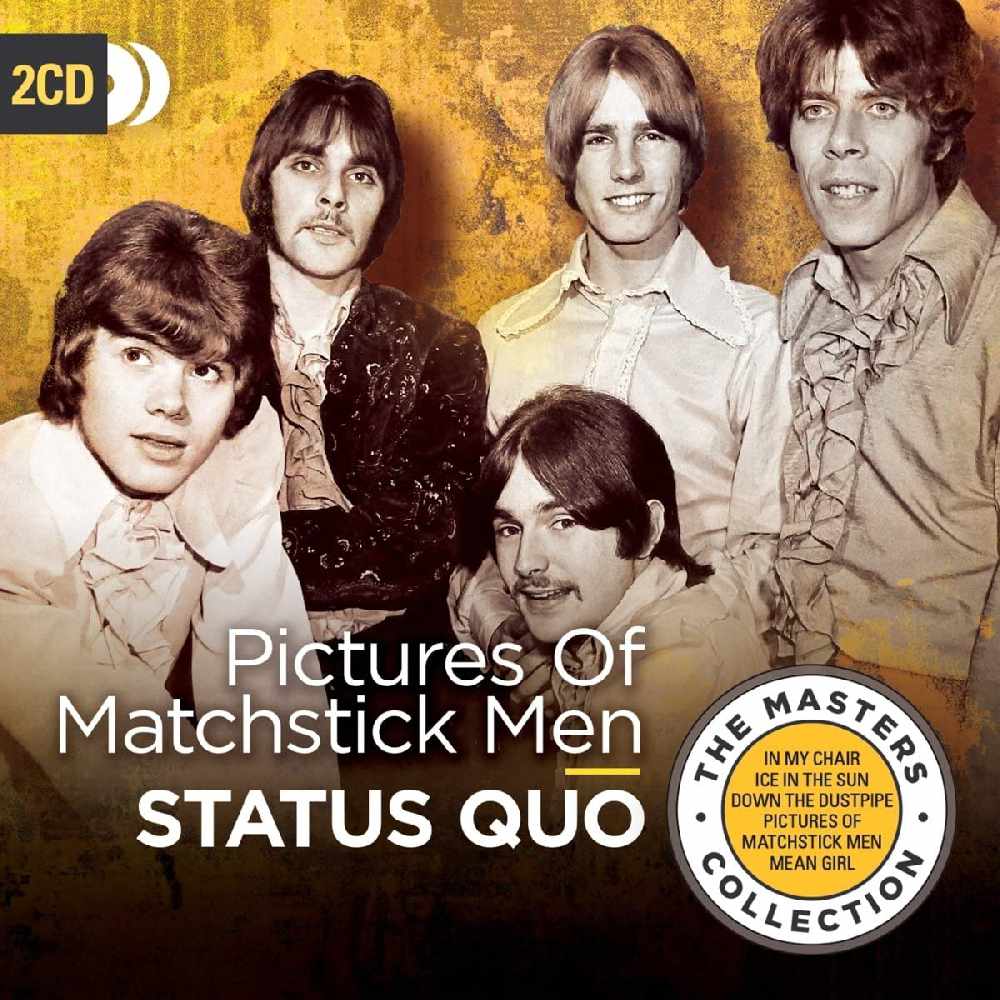 Judy In Disguise (With Glasses) (John Fred & His Playboy Band)
......  beware the specs snatcher! A fun, bubblegum pop song, with a title which may have been inspired by The Beatles' Lucy In The Sky With Diamonds

Jackie Wilson Said  (I'm In Heaven When You Smile) (Van Morrison)
(1972) ... covered by Dexy's Midnight Runners 10 years later.  The lyrics and feel were inspired by the legendary rhythm and blues singer and his late '50s toe-tapper Reet Petite which is quoted in the lyrics 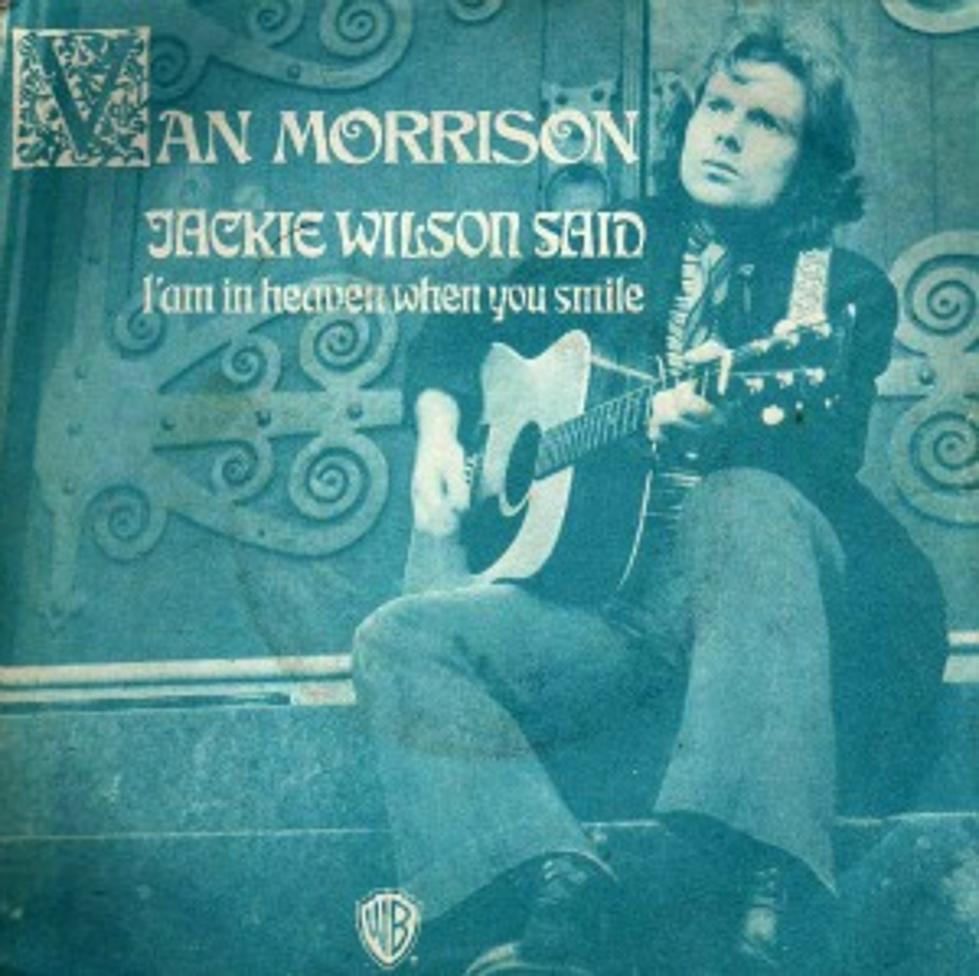 Get It While You Can (10cc)
(1975) ... tucked away on the B side of Art for Arts Sake, recorded around the same time as their fourth LP How Dare You? In recent years it has been added on to the album as a bonus track. The end of an era was approaching in more ways than one. How Dare You? was the last 10cc album recorded at Stockport's Strawberry Studios and the final time all four original 10cc-ers would work together

The Kids in America (Kim Wilde)
... teaser track for our second featured year ~  No. 1 hit which launched the career of the decade's biggest stars ~ inevitably, at the time, seen as a home-grown rival to Blondie's Debbie Harry as the poster girl on millions of bedroom walls 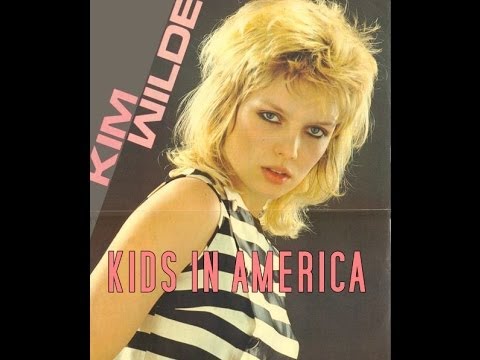 Absolutely Lyricless ~ the instrumental break
...  from Safari to Surfaris...

A Swingin' Safari  (Bert Kaempfert)
(1962) ... title track of an LP that has become a bargain bin car boot classic. Although instantly recognisable from countless TV and radio shows - and ads - over the years, it was never a hit single 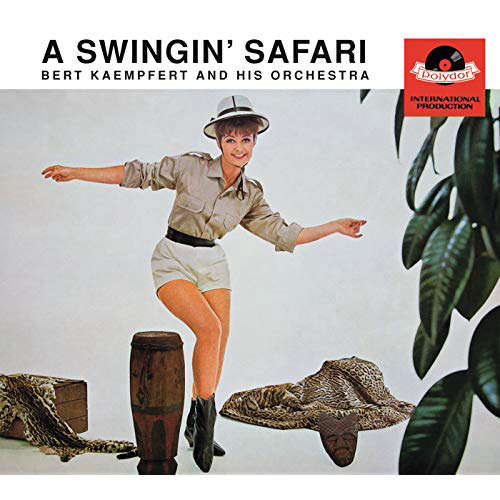 Wipe Out (The Surfaris)
(1963) .... they only mention it once, right at the start, but there are still no prizes for guessing the title. The tune peaked at # 2 on the Billboard chart in the US and # 5 in the UK. It has featured in several films and TV series over the years. For the uninitiated, a "wipe out" is a fall from a surfboard, especially one that looks painful [W]  Ouch!

Love To Love You (The Corrs)
(1996) ... single which stalled at # 62 from their debut album of the previous year Forgiven Not Forgotten. The breakthrough came with their next long player Talk On Corners which yielded a 1998 trio of Top 10 singles [W] 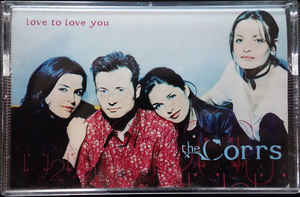 Blame It On Me (George Ezra)
(2014) ... first song on the mega-successful first album Wanted On Voyage by one of this generation's most highly regarded singer songwriters. Blame It On Me was his second Top 10 single following Budapest 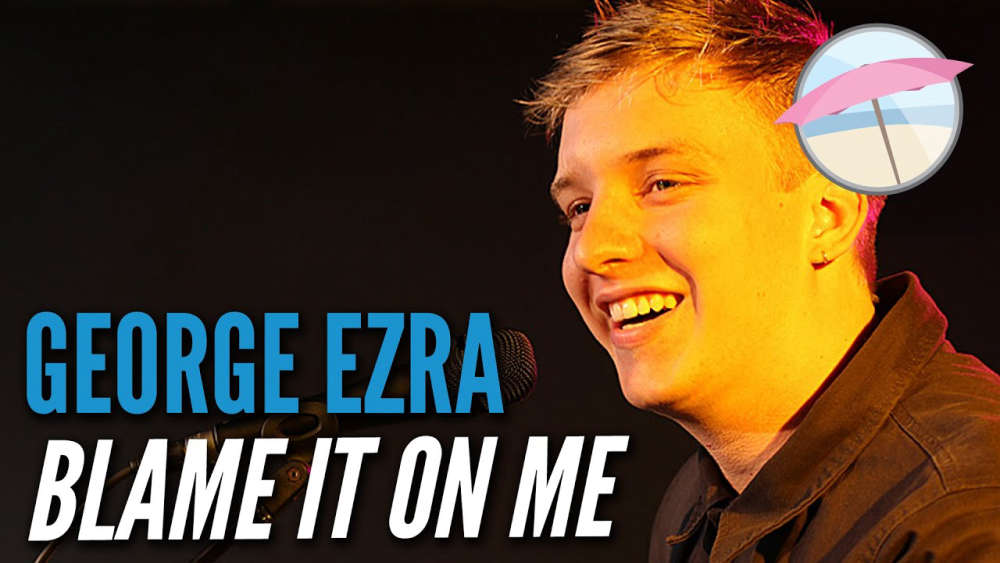 Stand and Deliver (Adam & The Ants)
... bringing a dash of glamour to the chart at the dawning  of the video age ~ in '81 they mustered no fewer than four hits in the Top 3, including two chart-toppers ~ Stand And Deliver followed a few months later by Prince Charming. In the first video, Adam appeared as the swashbuckling, dashing, dandy highwayman - with a white stripe across his face. If you wanted to be the coolest kid on the block, heading out to a fancy dress party, or maybe the local carnival, it was definitely the look to go for 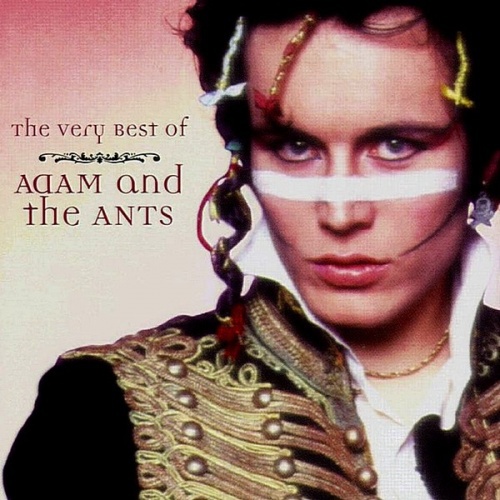 Our Lips Are Sealed (The Go-Gos)
... first all-female band writing their own songs and playing their own instruments to have a # 1 album on the US Billboard chart ~ their debut long player Beauty And The Beat which included Our Lips Are Sealed. Two years before Fun Boy Three took it into the Top 10, the US original made the lower reaches of our chart. Two of The Go-Gos would go on to achieve solo success by the end of the decade. Jane Wiedlin made the UK Top 20 with Rush Hour (1988), the same year that Belinda Carlisle clocked up the first in a flurry of hits with the # 1, Heaven Is A Place On Earth 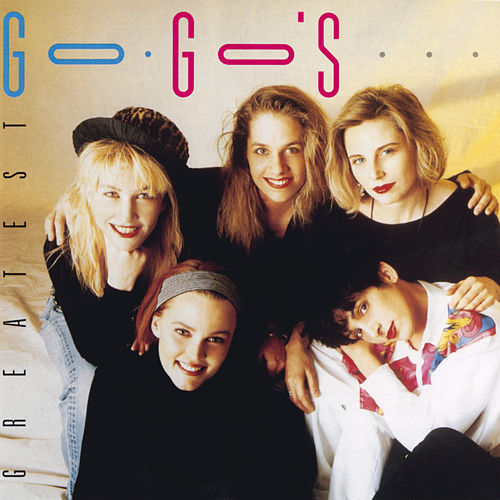 Reward (The Teardrop Explodes)
... by far the biggest and best known of their handful of hits - 'bless their cotton socks'  :-) Fast forward a few years, singer Julian Cope re-emerged in his own right with the likes of World Shut Your Mouth (1986) and Beautiful Love (1991)

Star (Kiki Dee)
...  much played song which reached # 13 ~ her career highest chart position (shared with Amoureuse and Loving and Free)... aside, of course, from the small matter of six weeks at No.1 in 1976, duetting with Elton John on Don't Go Breaking My Heart 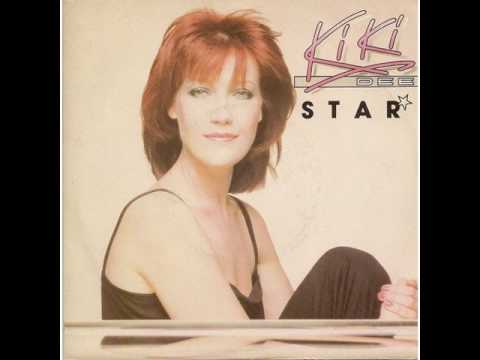 (Do) The Hucklebuck (Coast to Coast)
....  rockabilly band from Northamptonshire made the Top 3 with a song which dated back to the pre-rock'n'roll era. Jazz and blues sax player and bandleader Paul Williams had the original US hit way back in 1949  [W]