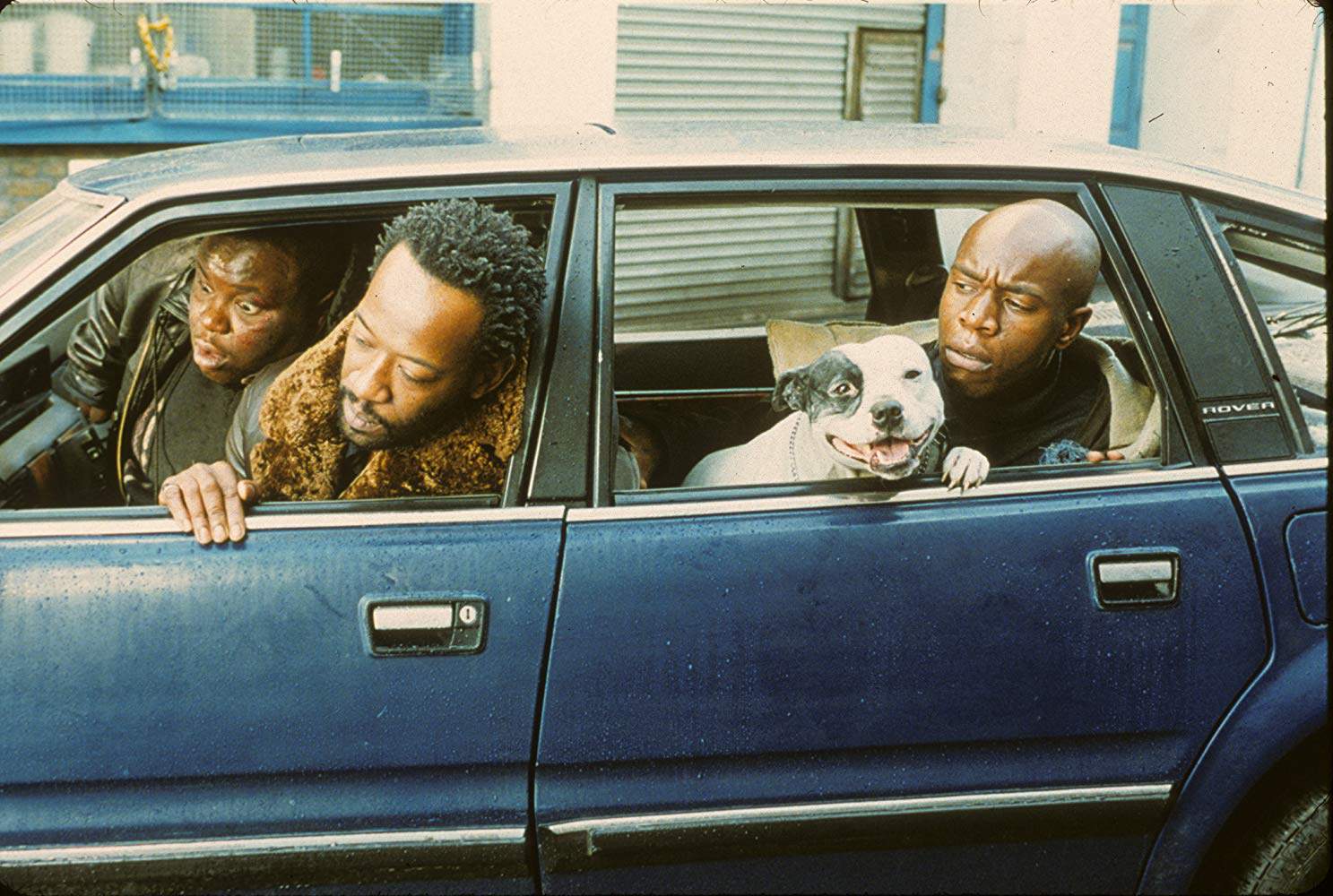 The plot of the film is broken down into three story arcs: one involving a rigged boxing match, one involving a botched armed robbery and one involving an attempt to hunt down a valuable stolen diamond, culminating in the story arcs intertwining with each other in the finale. The film is structured in a very similar fashion to Pulp Fiction, with the film transitioning from one story arc to another on a scene-by-scene basis.

The film uses close-up shots to display character emotions and reactions to the various dilemmas and interactions that the characters have. An example of this is during the boxing match between Mickey O’Neil and ‘’Gorgeous George’’ at the Gypsy camp site. The characters have various reactions of shock, anger and determination on their faces that are displayed via close-up shots.

The film also uses wide shots to display different environments and locations. An example of this is the scene in which Doug is walking through London to his jewellery store.

The film features many different characters of varying importance to the plot. The two characters with most screen time, Turkish and Tommy, played by Jason Statham and Stephen Graham respectively, are portrayed as small-time criminals and anti-heroes who are forced into both comedic and dramatic circumstances through coincidence and their own fault.

The film’s main antagonist, Brick Top, played by Alan Ford, is portrayed as very ruthless, callous and intimidating. He is main the main driving force behind the circumstances faced by Turkish and Tommy.

The music consists of numerous genres and that emphasise the tone of an individual scene. For example, the song that plays during the scene where Tyrone is abducted and interrogated by Brick Top’s henchmen, ‘’Disco Science’’ is very fast-paced, electronic and places emphasis on the drama and danger of the scene. The song that plays during the scene where Mickey is looking at the mother’s burning caravan, ‘’Angel’’, is slow-paced and sombre and interspersed with the close-up on the look of suppressed anger and sadness on Mickey’s face.

Overall, I would rate ‘Snatch’ as a 5/5. The characters are interesting and have relationships, interactions and dynamics with each other. The characters are also all prominent and serve a role in the story. The story arcs connect in a satisfying way and the finale feels like a decent pay-off and ties up all of the loose ends together.