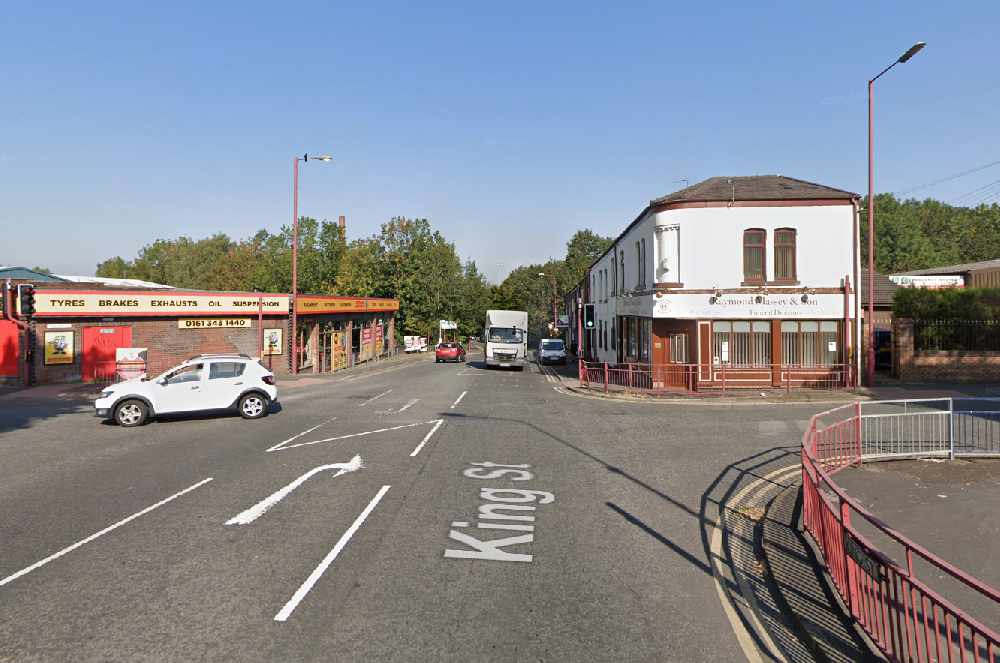 The junction of King Street and Wharf Street in Dukinfield. Image: Google Maps.

A woman was arrested and two people were taken to hospital after a crash involving an ambulance in Dukinfield in the early hours of the morning.

The collision happened at around 1am on Tuesday morning (8 June) and involved a car and an ambulance, prompting a huge emergency service response.

It was at the junction of King Street and Wharf Street.

North West Ambulance Service has confirmed that two people in the car were taken to hospital - including a man discovered in the boot who had suffered severe leg injuries.

A North West Ambulance Service spokesperson said: "At approximately 1am this morning, an ambulance carrying two crew members was involved in a collision with another car on Wharf Street, Dukinfield.

“Fortunately, the crew suffered no injuries. However, the ambulance sustained extensive damage.

“As part of the response, a further two ambulances, a response car and an operational commander went to the scene. Two casualties from the other vehicle were located and taken to hospital. This included a man who was discovered in the boot of the car who suffered severe leg injuries.

“An arrest has been made, and we will continue to assist Greater Manchester Police in their investigations.”

A spokesperson for Greater Manchester Police said it is understood that at least one woman and three men made off from the car on foot following the incident.

They added that a 33-year-old woman was arrested on suspicion of driving offences and driving under the influence.