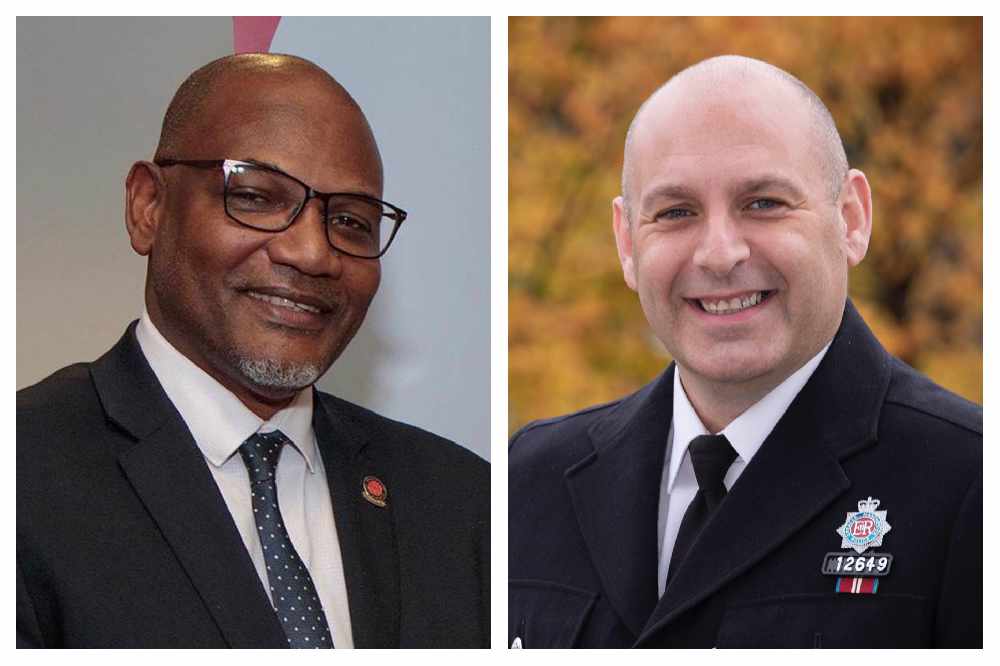 The list is usually published in June, when the Queen celebrates her official birthday, but it was postponed this year so that individuals who played crucial roles in the first months of the coronavirus outbreak could be added.

Charles joined GMP in November 1990 before retiring in March 2020. Considered an inspirational and forward thinking officer by his peers, he held the position of President of the National Black Police Association (NBPA) for four years where he made a significant contribution to national policing policy.

During his time as President, Charles played a key role in transforming the association - providing support to community groups and playing an integral part in national consultation issues that affect black and minority communities and staff within the police service. He also carries out a considerable range of local community work, particularly focused on raising the aspirations of young black men.

In addition to his work outside of GMP, Charles has played a major role in GMP's ongoing work to improve representation within the force. His work within GMP includes promoting diversity and equality of opportunity - being selfless in his determination to create a police service that reflects and respects the community it serves.

GMP said that Charles' "personal commitment and selfless attitude to such incredibly important societal issues is unquestionable and his enthusiasm cannot be overstated".

Charles said: "It’s great to be recognised, particularly after completing 30 years of public service. I’m conscious there are many out there who are equally as deserving for the work they do to keep people safe, particularly during these times. Covid-19 has sparked new and old conversations about underlying inequalities within our society and we should not shy away from these conversations.

"The murder of George Floyd has also sparked a different level of conversation that must be shaped into action.

"I would therefore like to believe this award is an acknowledgement and vindication of the foundational work of the Black Police Association and the work that needs to be done to make policing better for all communities.”

Chief Constable Ian Hopkins said: "I am delighted that Charles has been honoured in this way. There is no doubt that, as a black man, joining the police service in 1990 was a courageous step.

"The police service and GMP is a better place for Charles taking that courageous step. He has pioneered race equality locally and nationally as the President of the National Black Police Association. I know that on occasions this will have been challenging for him, but his leadership and perseverance helped pave the way for others to join the service and fulfil their vocations.

"I know that when Charles retired from GMP earlier this year he did so with great happiness and remains committed to remaining engaged with policing. The honour of being awarded the Queens Police Medal is a fitting tribute to Charles career and contribution. I am extremely pleased the hard work and dedication Charles has put in over the years is being recognised, and even more so given the focus that has been put on black history this year, and the current celebrations of Black History Month taking place throughout October.”

John Williams joined British Transport Police as a Special Constable in 2001 before taking up a full time role as a PC two years later. He transferred to GMP in 2007 and worked in district roles before taking up his current post in the Serious Collision Investigation Unit. He can often be found attending community events, schools and scout groups to promote the role of police within the local community.

When he isn’t working to keep the roads of Greater Manchester safe, John spends his time outside of work volunteering and fundraising for charity. One charity he has worked closely with over the years is Retrak.

Joining up with the charity in 2012, John has helped them raise over £100,000 and acted for them as an ambassador on a number of occasions. One such occasion saw him deliver a moving but inspirational presentation which resulted in a group of people travelling to Malawi to equip and install a much needed IT resource room in the Chisomo Children's Centre in Lilongwe.

Due in part to John's continued dedication and commitment, the centre now provides a safe place for children to sleep and access medical facilities, food and qualified counsellors. He has also worked with street children in Ethiopia to move them away from a life of vulnerability, exclusion and poverty to a life within a positive family or community.

Not limiting himself to one charity, John's efforts have seen him raise significant amounts of money for Cash for Kids, High Sheriffs Trust and Reclaim. His resourceful thinking has resulted in a care home in each of the 10 districts GMP serves obtaining a Play Station 4 and six games. He also recently obtained £20,000 to equip the Police Treatment Centre in Harrogate with new counselling rooms, and has arranged lots of fundraising events for the North West Police Benevolent Fund, enabling them to purchase various pieces of equipment to help injured officers from Cheshire, Cumbria, GMP, Lancashire and Merseyside.

PC Williams said: "I am shocked and very honoured to be awarded the British Empire Medal. Everything I've done has been for the right reasons - to help others. That's our job.

"When I was a little boy, my grandad put a bobby's hat on my head and said 'you're going to be a policeman one day'. I worked in construction and travelled around the world and one day, after speaking to an Inspector, I decided to join the police.

"I've never looked back and still enjoy it to this day. No day is ever the same and I'm proud to make a difference. I give it everything and at the end of the day I can always say 'I did my best'.

"I work with some brilliant people and have made some good friends along the way. Everything I have done is to help other people - whether it's members of the public, colleagues or family and friends."

Chief Constable Hopkins said: "John's British Empire Medal is a richly deserved recognition of his incredible dedication to the many charitable causes that he supports.

"His efforts, not just in Greater Manchester but beyond, have changed the lives of countless children who may not have had the best start in life. Working long hours as a police officer can be challenging enough so to spend as much time as John does outside of work raising huge sums of money and using his annual leave to carry out charity work abroad is phenomenal

"We are fortunate to have officers like John working for Greater Manchester Police and I am really pleased that he has been honoured in the Queen's Birthday Honours."