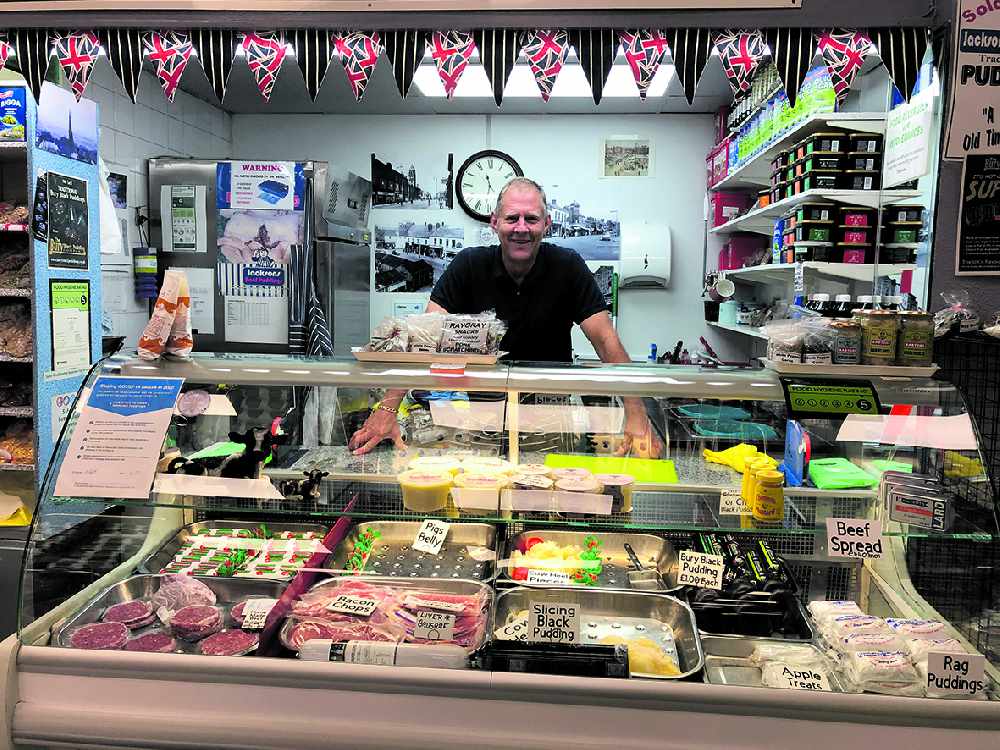 One of Hyde's best known characters Lyndon Boot has spoken about his appearance in the latest Shipman TV documentary.

‘The Shipman Files: A Very British Crime Story’ was aired across three nights on BBC2 but remains available to watch on BBC iPlayer.

Hyde born and bred, Lyndon, who owns and runs ‘Let’s Talk Tripe’ in the town’s indoor market, was the very first individual to appear in the programme, setting the scene of the town then - and now.

About being filmed for the programme opposite Hyde Town Hall, he says: “It was very, very cold. It was filmed in February and I was outside for around two hours and it was minus one!”

Clips of Lyndon and his ‘Let’s Talk Tripe’ stall appear in the programme across the series, but it is only the opening where he talks about the town.

“They were after something and someone that represented the area and so the stall - Let’s Talk Tripe - fitted,” he explained.

Filmed on the outside market, Lyndon points out the town hall and explains that Asda now stands on the site of the former boys’ school where he went in the 1970s - in fact his father and even his grandfather all went to the same school.

He remembers visiting the market with his grandfather in the ‘70s each Saturday to get ‘tripe and elder’.

Lyndon is seen serving on the stall and goes on to explain that Hyde is a typical ‘working class town where everyone were grafters’.

“Anybody would do anything for you if you were to ask or struggling for anything - anyone would help you out in Hyde - they are superb people,” he states in the documentary.

“But no matter where you go if you say you are from Hyde people’s reaction is - ‘ooh where that doctor was’ and they think it’s like a monster town.”

However, the key point that Lyndon went on to make failed to reach the final cut.

His point being that the legacy of Brady, Shipman and Cregan have left Hyde and Hattersley with a ‘stigma’ - portrayed as a ‘monster town’ when in reality none of those individuals even came from the area, but instead all arrived to inflict pain and misery across the region. 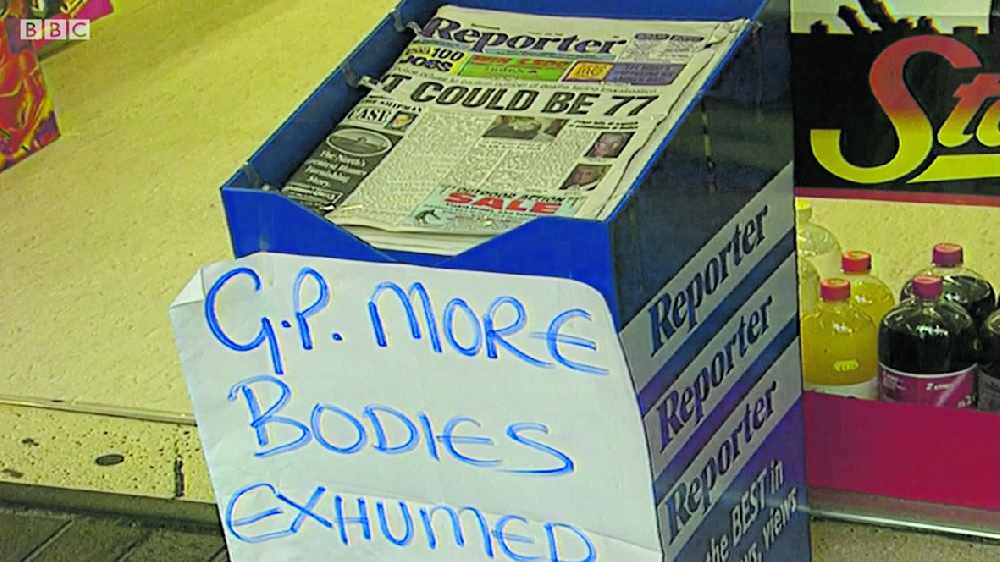 FLASHBACK: The front page of the Tameside Reporter as the extent of Shipman’s crimes became apparent.

Lyndon has fascinating tales to tell of the Shipman era, none of which made it into the final edit either.

Before taking on his ‘Let’s Talk Tripe’ stall and back in the days Shipman was a GP, Lyndon worked as a painter and decorator.

He had actually undertaken work for a number of the victims, and if not knowing them well, knew of them.

“I knew Kathleen Grundy and saw her just days before she died doing her privets,” he told us.

Lyndon’s TV appearance is not his first.

Back in 2014, having run the stall for 18 months, he came up with the ‘Tripe Smoothie’ as part of the ‘Love Your Local Market’ week back then.

His creation was aimed at attracting a younger generation to the taste of Tripe and proved so popular it made national headlines and attracted TV coverage too.

Even Lyndon’s latest appearance has attracted good business - despite the subject matter.

“I’ve had calls from across the country,” he admits.

Lyndon’s story aside, Shipman’s legacy continues to permeate the town. 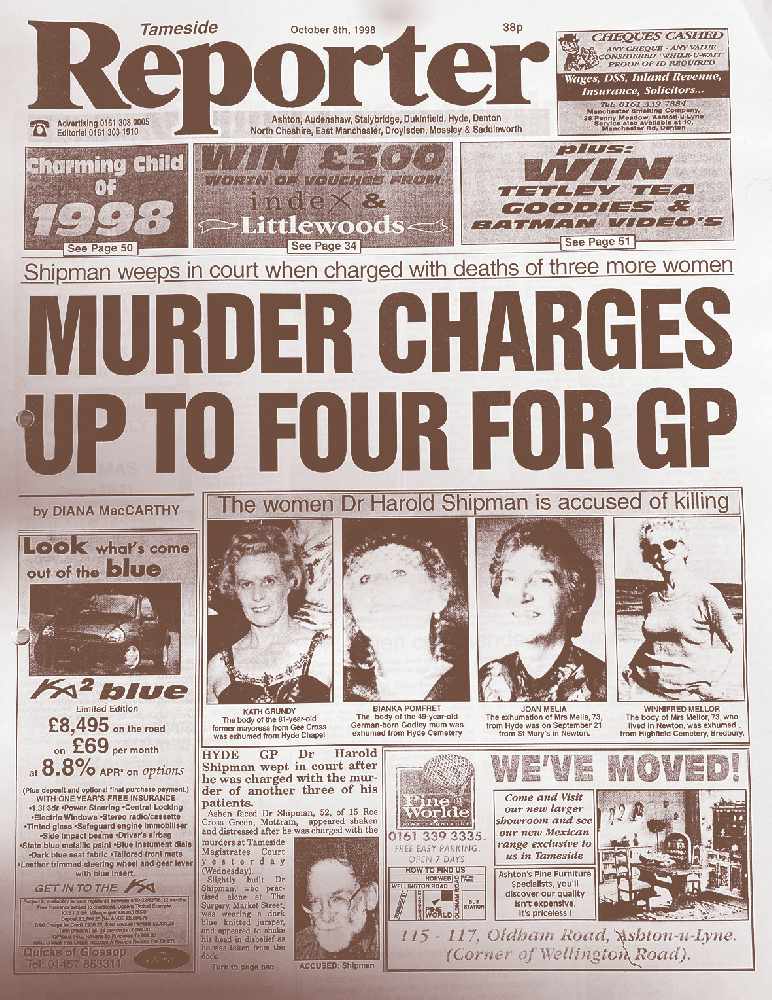 Documentary film maker Chris Wilson says he was haunted by Shipman - the biggest serial killer case in history - and so compelled to make the three part series, the notion that a GP would kill his patients ‘being beyond belief’.

But he stated he wanted to examine the files from the victims’ viewpoint - not from the killer.

A lot of the series does concentrate on historical fact, the trial and subsequent inquiry, with police and journalist interviews packed with footage from the time.

But it is the interviews with the surviving relatives or friends of Shipman’s victims which make for the most compelling and fascinating elements of the documentary and stretch back beyond Hyde to the evil doctor’s time working in Todmorden and Pontefract.

There are interviews with former colleagues too which will always raise the question of why Shipman was not stopped many years before he even arrived in Hyde.

These are the moments that capture the real lives that were affected - and continue to be affected - long after Shipman’s hideous crimes.

The documentary was filmed on the cusp of the Covid outbreak, raising also the inevitable question about how we treat and care for our elderly which, it is argued, had helped Shipman literally to ‘hide in plain sight’ at the time.

It may well prick at the conscience, but is a whole other question which would require another and entirely different programme.

But as an historic documentary it factually and truthfully retells the horrific facts - ‘a very British crime story’ certainly of its time and which, with subsequent changes in the law as a result, should never be able to happen again.

It is only a pity that more tales from Lyndon - and Hyde’s residents like him, who continue to live with the Shipman legacy to this day - could not have been included.

A SLICE OF HYDE: Lyndon at his ‘Let’s Talk Tripe’ stall in the indoor market.