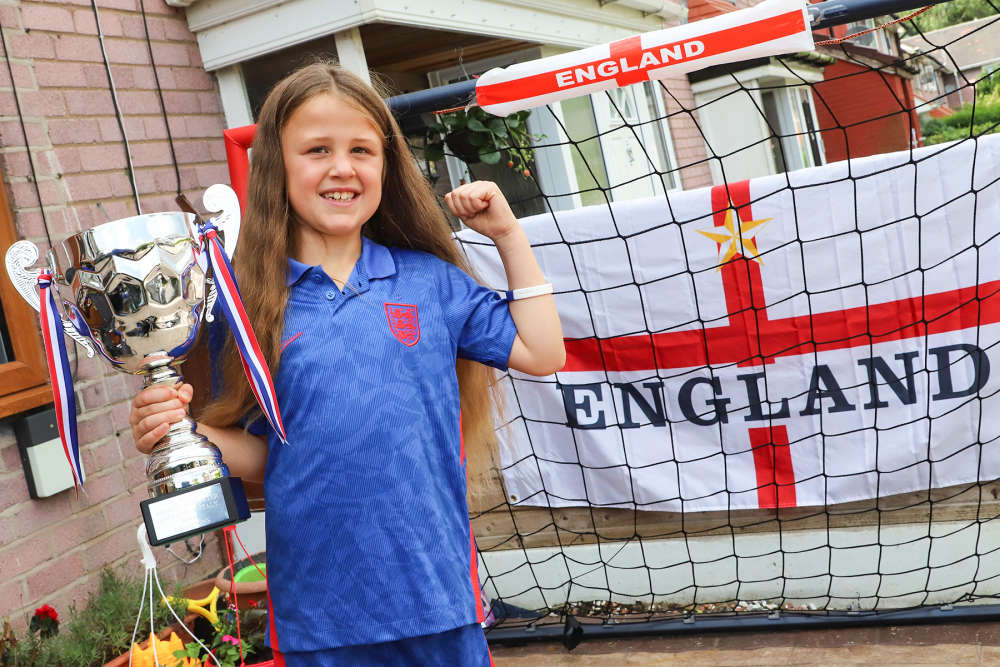 Scarlett Gill in her England kit with her trophy. Image: Nigel Wood.

Football mad seven-year-old Scarlett Gill from Stalybridge was heartbroken when the national team lost to Italy in the Euro final last weekend.

But she was positively beaming when she was presented with a surprise trophy of her very own for being ‘England’s biggest supporter.’

Big-hearted Lee Catracchia, who works at Paul Hett Trophies Ltd in Hyde, had promised the youngster a cup of her very own when she had visited the shop - but only if England won.

However, learning that Scarlett was left in tears after England’s defeat in the penalty shoot-out, he secretly created a trophy for her and handed it to her in a surprise presentation at the shop this week.

Scarlett, a pupil at St Raphael’s in Millbrook, was delighted and has already shown off the magnificent memento to her friends at school. 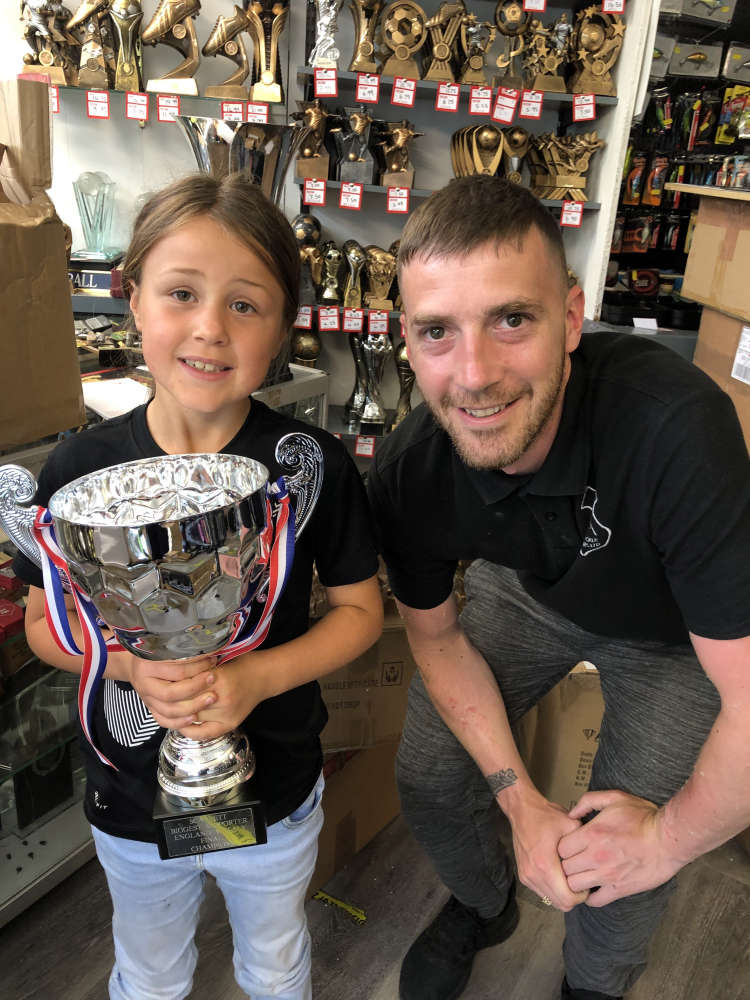 “She plays for Inter Football Academy in Didsbury and trains at Copley twice a week. She is in an all boys team called the Cheetahs, but she’s already been scouted by Man City and hopefully in the years to come she may even play for them when she is older.”

Michelle says the football tournament and England’s success has brought everyone together locally.

“Scarlett’s got all her family and friends involved and the football has brought everyone together and they all end up in our garden,” said Michelle, who lives in Carrbrook.

“We are still winners getting to the final and for the kids it’s been a tough year - they have had to miss school and playing football - so it was really generous of Lee and Hetts as Scarlett now has something to keep for the future and remember the occasion by.” 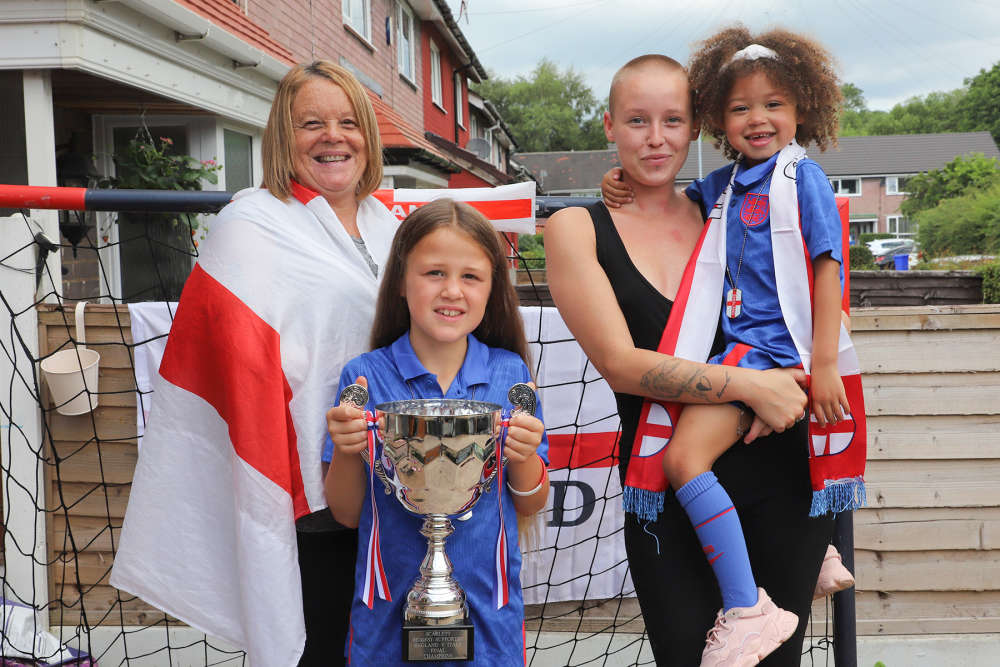 Scarlett with some of her family. Image: Nigel Wood

Lee said Michelle and Scarlett are regular visitors to the shop, collecting best player trophies for the young players at the academy.

Scarlett had asked him if she could have a trophy - although the agreement was only if England won.

However learning of her heartbreak, he said he had to create a trophy for her.

With a name like Catracchia there is no hiding Lee’s Italian heritage. His grandfather was Italian and moved to the Tameside area in the 1950s.

But Lee said he was rooting for England and is now giving up eating pasta and pizza for the next year!