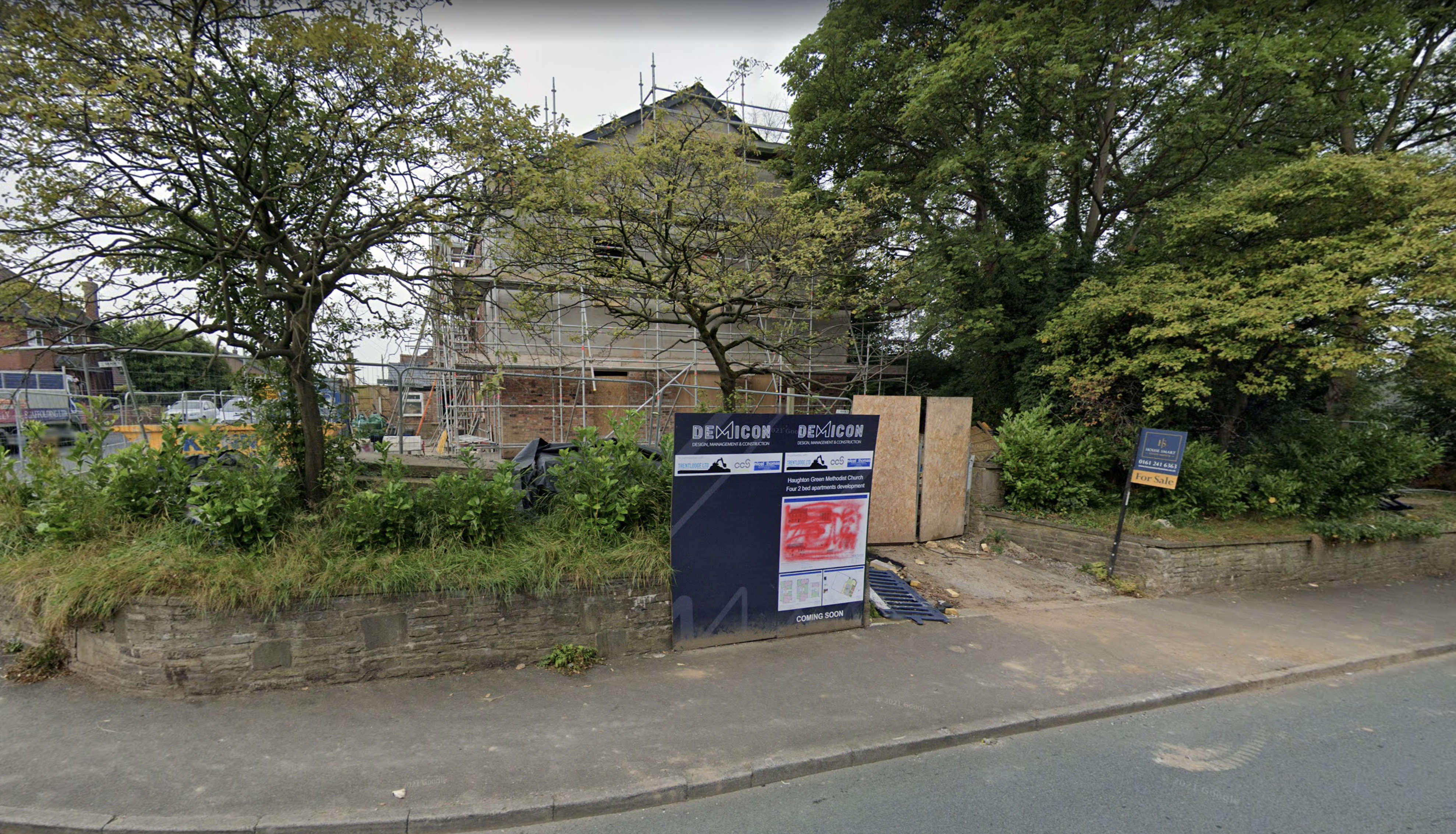 A development at a former Methodist Church in Denton is at the centre of a row over the movement of gravestones.

Developers of the former Haughton Green Methodist Church on Two Trees Lane have had planning permission granted to convert the building into four apartments with off street parking.

However, there has been accusations from local residents and councillors that gravestones that reside on the site have been removed without proper processes being followed.

“Given the details included in the planning application to covert the former church into flats the responsibility remains split between the new owners and the Methodist Trustees, as visible on the drawing submitted to Tameside Council for approval.

“The graveyard will also be governed by the ‘Disused Burial Grounds (Amendment) Act 1981’ meaning certain requirements such as the notification of any closure of the graveyard and a proper process followed if any changes are made to the arrangements of the graveyard.

“As far as we are aware this has not been followed, by either the new owners or the existing Methodist Trustees, which is disappointing and we fully appreciate and understand has caused a lot of upset. It should have not have been the case.

“Now we have pieced all this together we have raised it with a matter of urgency with Planning Enforcement at Tameside Council because they do have the powers to ensure the Trustees and new owners fulfil their responsibilities.

“It shouldn’t have to come down to this of course, it the graves and graveyard should have been treated with the utmost respect and sensitivity by the current and former owners.”

The Denton South Councillors told The Reporter: “We know just how much Haughton Green Methodist Church building and the burial grounds mean to local people so Andrew Gwynne MP and the three of us will be working closely with enforcement officers to ensure the dignity of the site is preserved.”