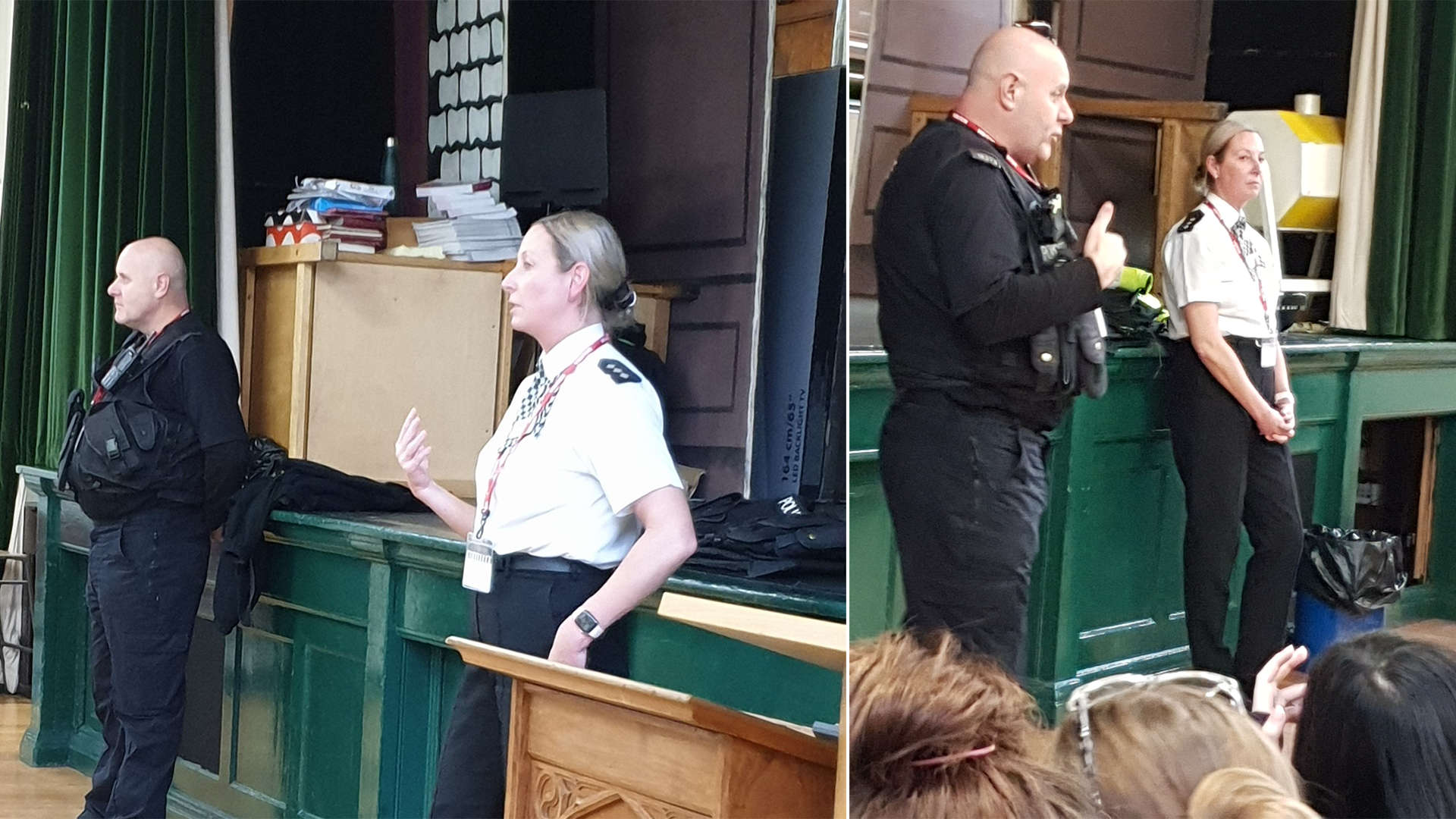 Officers from Greater Manchester Police paid a visit to Fairfield High School for Girls in Droylsden this week as part of 'Operation Safer Tameside'.

They hosted an assembly which focused on the topic of domestic abuse and the support available to young girls who may have either experienced abuse at home or been a victim of gender-based violence.

Chief Inspector Claire Galt, of GMP's Tameside District, who is an ex-pupil of the Fairfield Avenue school, led the talk.

She introduced herself and gave an insight into her policing career.

Two of GMP's School Engagement Officers, PC Howard and PC Lawton, then went onto discuss Clare's Law and Sarah's Law and how these schemes can help protect young people.

Clare's Law designates several ways for police officers to disclose a person's history of abusive behaviour to those who may be at risk from such behaviour. It's named after Clare Wood, a woman murdered in Salford in 2009 by a former domestic partner who police knew to be dangerous.

Sarah's Law allows parents to ask police if someone with access to their son or daughter has been convicted or suspected of child abuse. Officers will look into the background of individuals and reveal details confidentially if they think it is in the child's interests. Sarah Payne was murdered by a convicted sex offender in West Sussex in 2000.

Head teacher of Fairfield High School, Stephanie Bateman, said: "It was really superb to have the support of Chief Inspector Galt, an ex-Fairfield pupil herself and an inspirational role model, along with her colleagues PC Howard and PC Lawton, in school as part of the day of action across Tameside in relation to preventing domestic violence.

"Our pupils learnt about key practices within the law and police procedures to protect themselves now and in the future.

"This special event was informative, thought-provoking and centred around such a crucial issue for the pupils in our school. The presentation was warmly received; you could have heard a pin drop with the silence from the room.

"I believe that personal development and preparing the pupils for 21st century life are so important. Many thanks to these officers."

Chief Inspector Galt said: "It was a such a brilliant experience visiting my old school and being able to hopefully inspire the pupils and offer them such important advice.

"Our day of action across Tameside this week focused on bringing awareness to the topic of gender based violence, with our school visit linking into this.

"I'd like to thank our school engagement officers who do such an excellent job in creating positive relationships with pupils from our local schools as well as offering advice and support which is invaluable in keeping our young people safe."

A day of action took place across Tameside earlier this week to focus on tackling violence against women and girls.

Involving representatives from Greater Manchester Police and Tameside Council, stalls were set up across the borough where people could get advice and support.