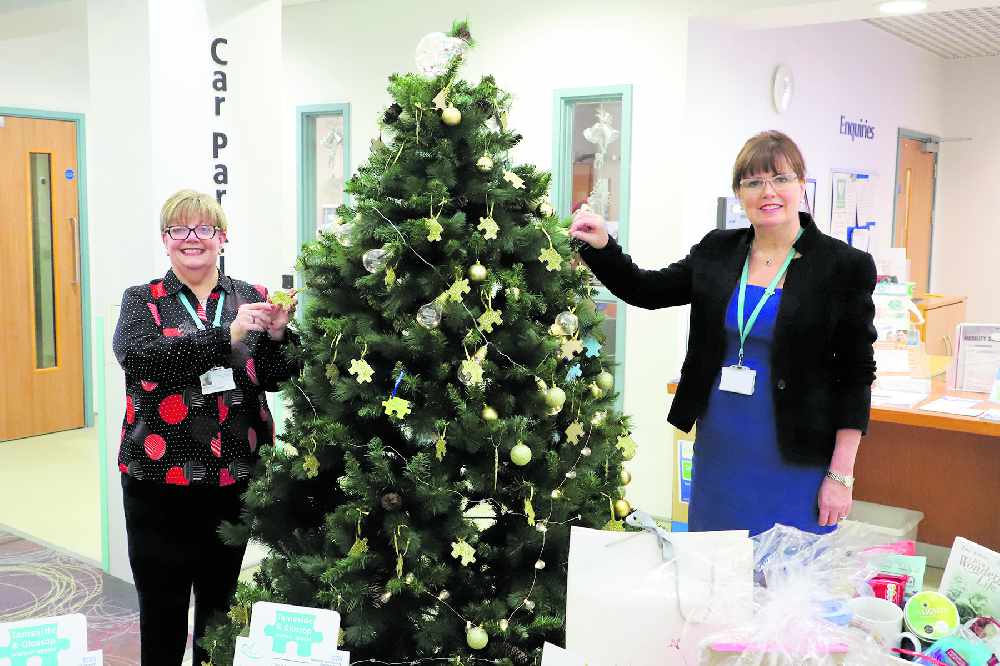 For this year’s Tameside Hospital Christmas tree lights switch-on has truly captured the season of goodwill and giving.

Last Monday’s festivities were held in aid of the hospital’s very own £1m CT Scanner Appeal, backed by the Tameside Reporter and Tameside Radio.

Two donated Christmas trees were decorated by students from St Damian’s RC Science College in Ashton who have been working to make jigsaw decorations.

The students joined Head of Fundraising for the appeal Angie Wild to dress the trees in preparation for Monday’s big switch-on at the hospital’s Hartshead South building.

And who better to take the pictures than the Reporter and Chronicle’s very own photographer Ray Liddy, wheeled straight from his hospital ward where he is recovering from a broken ankle to do the honours. 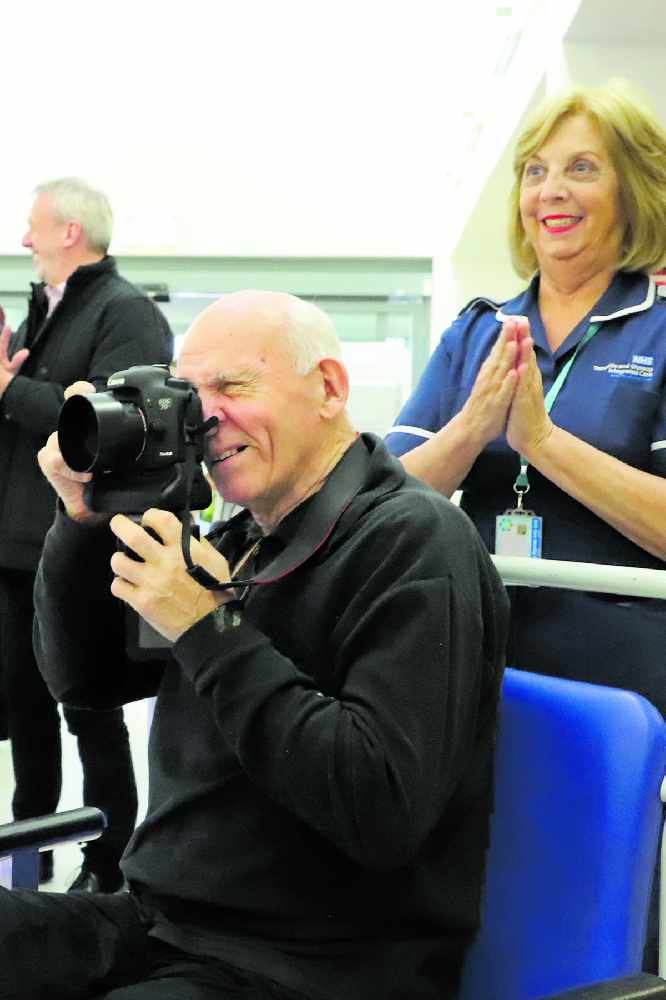 Ray, 81, faces a few months with his ankle in a pot after a successful operation at the hospital following his accident, but was more than happy to join in the festivities.

“Hospital chief executive Karen James asked me if I would like to take the pictures and it was a real honour,” he said.

“They wheeled me down from the ward and it was a brilliant event and I took as many pictures as possible - plus even helped to decorate the tree.”

Ray is now recuperating at his Mossley home after spending a little over a week in hospital. 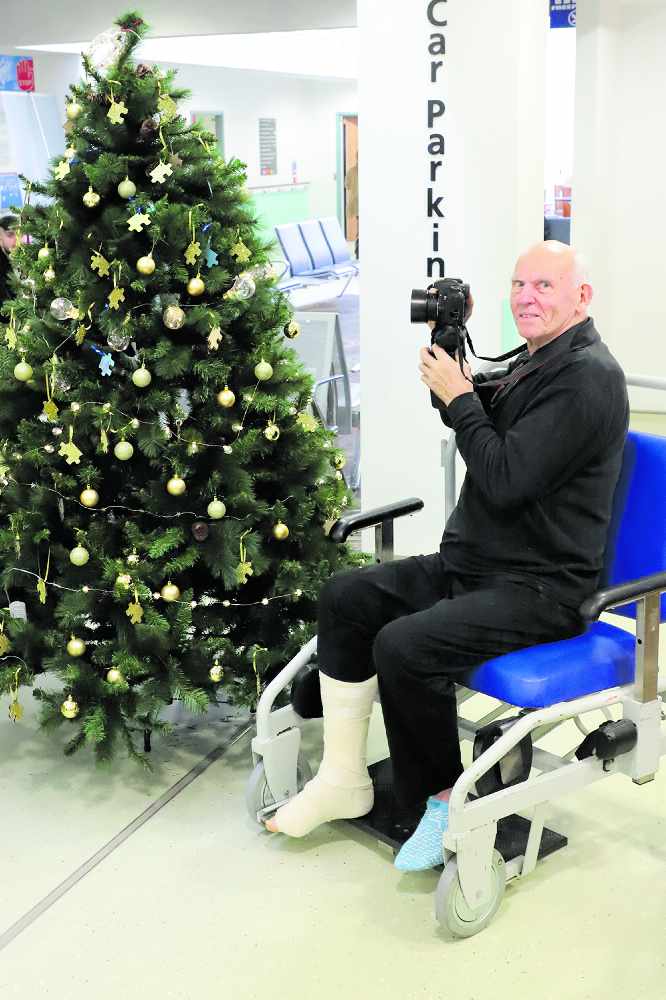 A ‘Full Monty’ calendar created by the hospital porters (with a little help from the Reporter team) will go on sale  soon with a suggested donation of £8 - with proceeds being divided between the scanner appeal and Tameside Macmillan Cancer Centre.

While a Christmas song and video by hospital staff is also in production and due to be released soon.

If you would like to donate to the appeal you can do so online at www.justgiving.com/campaign/tangscanner. 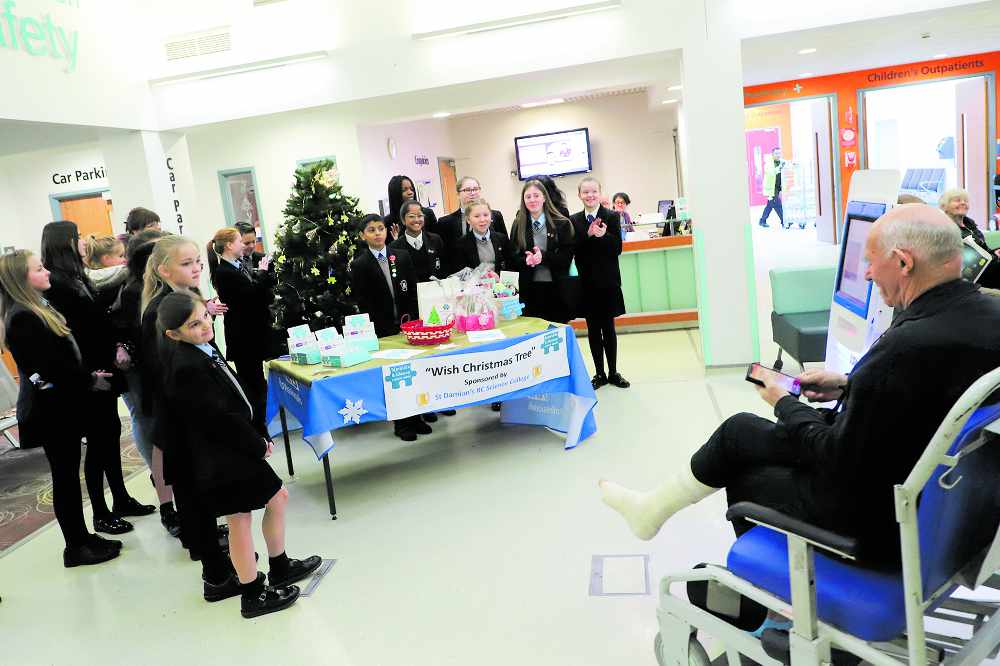