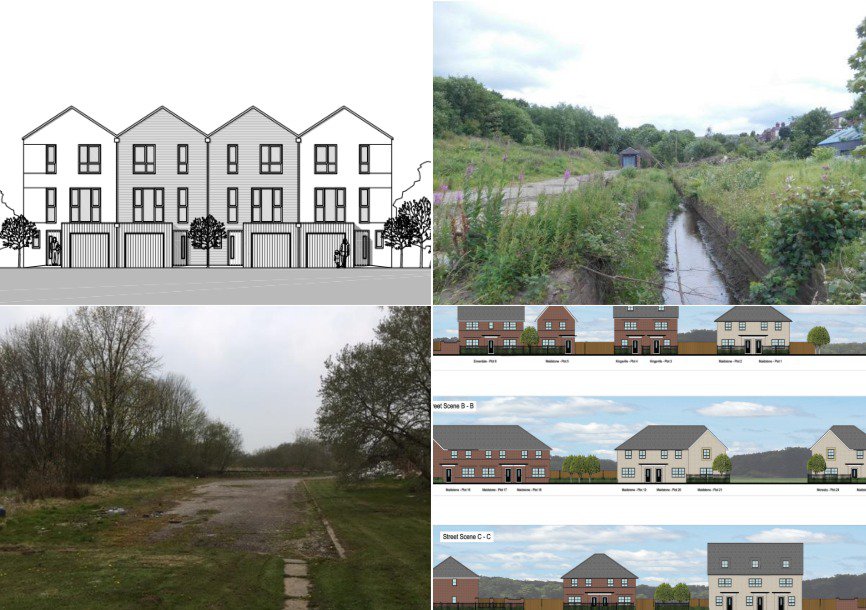 Two new estates are to be built in Hyde and Hattersley as part of a long-term ambition to regenerate the area.

The planning committee has given the green light to two developments, totalling 80 new homes in the borough.

In Hyde, an apartment block of six flats and 37 town houses are to be built on the site of the former Globe Works, off Brook Street.

On the 1.43 hectare site there are also proposed two roads which would run parallel to Godley Brook and linked by an existing bridge over the waterway.

The bridge is also planned to be upgraded as part of a package of highways improvements by the developer, BAK Building Contracts Ltd.

“The site has a poor environmental quality characterised by the industrial legacy, incidents of fly-tipping and self-set vegetation,” according to the report by officers.

The development would comprise of one and two-bedroom apartments, and three and four-bedroom dwellings set within terraces of two-and-a-half, and three storeys high.

The town hall’s planning officer told councillors: “Historically the site supported a mill complex but this is soon to be demolished.

“The principle of residential use for the site has been previously established and this position remains acceptable.

“The proposals represent the complete redevelopment of the site.

“The design takes modern contemporary form which creates a very desirable residential environment utilising the water course through the centre.”

Agent Richard Hamill said that Godley Brook, which runs through the site, would be enhanced.

Developer contributions towards green space, highways and education would total around £97,000, and open space would be provided on site.

But it was decided that including affordable housing would ‘undermine the viability of the site’.

However officers added it would ‘contribute to good quality, much needed housing in a period of undersupply’.

And at the same meeting, a detailed proposal for a long-mooted development of 37 homes in Hattersley was given permission.

The town hall had originally signed off on housebuilding on the site back in 2017.

And the houses would be predominately two-storey, with some taller units including dormer windows in the roof.

There would be a mix of semi-detached and short terraces of units which would be similar to other more recent developments around Hattersley.

Simon Artiss, planning manager for Barratt Homes told councillors it was originally granted outline permission as part of the Hattersley regeneration strategy for the wider estate.

“Today Barratt have delivered 207 new homes to the estate which shows our commitment to delivering change in this area,” he added.

He added they want to start work on site before the end of the year.