More than ever on the run in Hyde - thanks to Tony 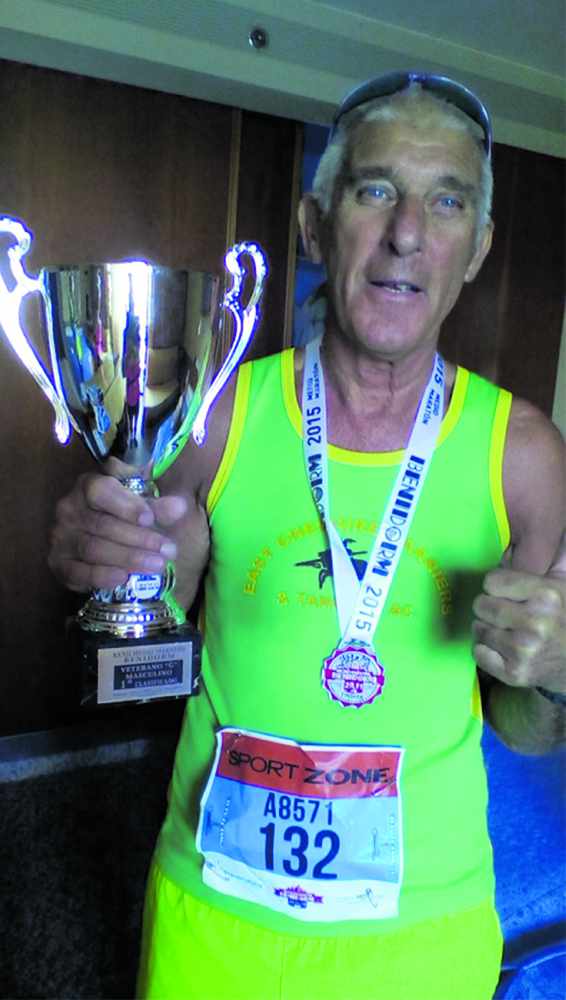 When it comes to running in Hyde, the future is most definitely yellow.

That’s the colour of the vests and T-shirts worn by members of Hyde Running Community (HRC) who are often to be seen around town.

Within the space of two years, membership has increased from around a dozen to more than 40.

Leading the way is 72-year-old founder Tony Hillier (pictured) – a man who has devoted himself to getting people fitter.

“We encourage our members to meet their personal goals, whatever they may be, but HRC is a community group, not a running club,” he stressed. “We welcome people into a friendly, sociable environment and then help them develop.

“For me, the ethos is to use my 35 years of experience to mentor the newer runners, so that they can improve on their training and running regimes.”

Members can be found taking part in all kinds of environments, from the streets of Hyde in the winter to off-road in summer and Manchester Marathon relays.

They are particularly proud of their parkrun tourism and have participated in 104 in the UK and 18 abroad, mainly in Japan, Australia and the USA.

There are four sections: developers, improvers, inters and advanced.

Tony’s impressive work has been recognised as swiftly as HRC’s membership has grown.

They were club of the year at the recent Pride of Tameside Sporting Awards, and he took second place in the Run Together Leader section at the English Athletics North West Awards.

In 2017 he was the inaugural winner first Martyn Hett Memorial Trophy for services to the community in Hyde.

The group also represented Tameside in the Greater Manchester Sports Awards where it was shortlisted for club of the year.

Tony said: “I’m extremely proud that we’re recognised for what we do and the effect we have on the community.

“At the Tameside awards, I was gobsmacked because I thought we might make the top three if we were lucky.

“When it dawned on me that we’d won, I nearly started crying.

“We’ve done a lot, and I continue to work hard to promote HRC and encourage people to get out and run.”

It’s free to join but members must be at least 18 and able to run three miles non-stop.