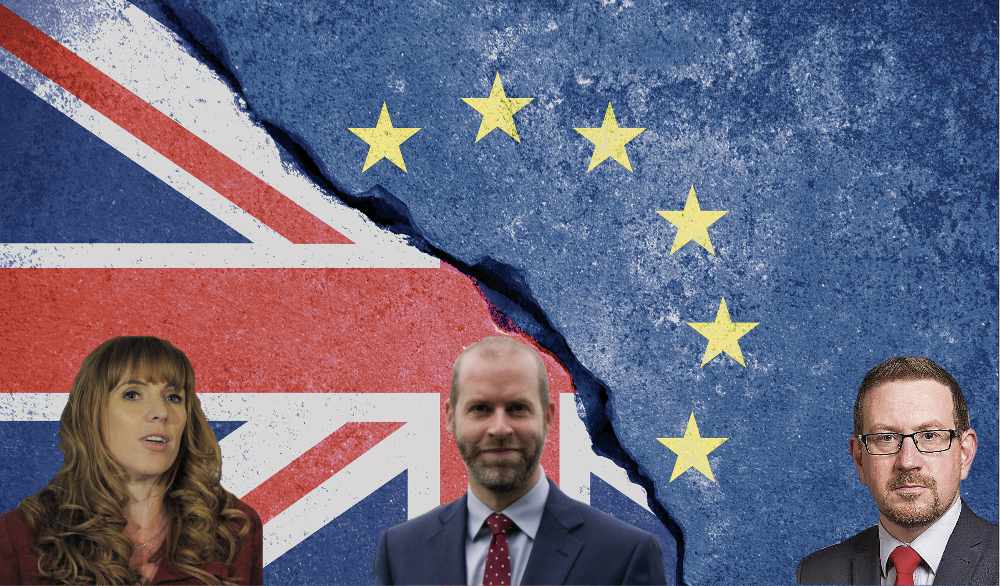 All three of Tameside's Labour MPs voted against the government's plan to fast track its Brexit bill through Parliament this week.

But they immediately came under fire from local Conservatives.

One tweeted: "Tameside voted to Leave. At the last election, these MPs promised to deliver Brexit. Since getting elected, they have blocked Brexit every time. Tameside deserves better."

As the crunch date for the UK to leave the EU next Thursday closes, PM Boris Johnson has been desperately attempting to deliver on his promise that the UK would leave on October 31.

But on Tuesday night, MP’s voted 322 to 308 against the Withdrawal Agreement.

The first vote on the prime minister’s bill passed with 329 votes to 299, but didn’t get enough votes to fast track a deal through the Commons.

This week, the Tameside Conservative group on Tameside Council blamed backbench MPs of all political parties for ‘playing games with Brexit for their own political gain’.

Speaking on behalf of the group, Cllr Phil Chadwick said: “We have a parliament which is heavily remain, who for over three years have frustrated the Brexit process.

“Tameside voted to leave by an overwhelming 61 per cent, yet the three Labour MPs in Tameside have not delivered on what they promised to their constituents, they have failed them.

“The Prime Minister, Boris Johnson and The Government want to ‘Get Brexit Done’, but parliament has done everything it can to frustrate Brexit, it is a disgrace and when an election does come, those that have failed to deliver Brexit will pay at the ballot box.”

“This has been dragging on for over three years. We need this settled now.”

However, explaining her vote, Ruth George stated: “MPs have asked for a few days extra to be able to debate constructive amendments to the Bill and for the government to publish a proper Impact Assessment.

“I agree that we must be able to scrutinise such an important measure properly. That is Parliament’s role. But instead of giving more time for the debate that we need, the government have not proposed any time for it. They are doing all they can to prevent scrutiny of this Deal.”

Andrew Gwynne MP said: “We need to get a sensible deal over the line in legislation. You can’t do that with a bad timetable motion that won’t allow for proper scrutiny of the measures proposed.

“Hopefully now the Government and Opposition Whips will agree to a sensible amount of time to work on this Bill.”

Jonathan Reynolds MP said he couldn’t possibly support a deal without knowing what it would mean for jobs in the area.

He said: “The Government won the vote on the second reading of the Bill to pass it’s Brexit deal. But I spoke in the debate and said I couldn’t possibly support it without knowing what it would mean for jobs in the manufacturing and services sector in Tameside, or for the future of the Union.

“This is the biggest decision any MP will ever be asked to take. To be asked to vote for a deal like this without knowing what it would actually mean for the people we represent is not acceptable.

Angela Rayner was critical of the prime minister’s deal, saying: “Johnson’s Brexit plan is deeply flawed not least because of its threat of deregulation including on workers’ rights. Johnson wants deregulation, he wants a No deal Brexit.  Labour will protect our constituents and the British people.”

The likelihood of a General Election now looks more likely as a response on delaying Brexit rests with the EU.