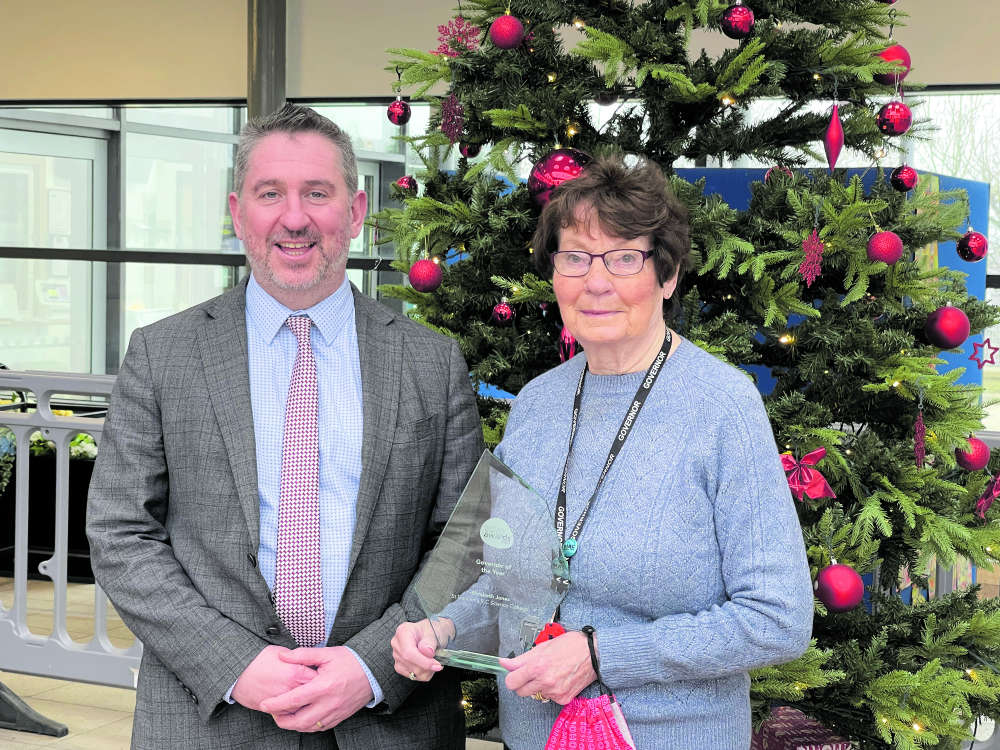 Elizabeth Jones, Chair of Governors at St Damian’s Science College in Ashton, has been honoured in the Queen's Platinum Jubilee Birthday Honours.

She receives an MBE for services to education.

Only last year we reported that she was named Governor of the Year at a special award ceremony at the House of Lords.

The lifelong Manchester United fan began at the school as a bursar and became part of the Senior Leadership Team. Since 2011 she has served as the Chair of Governors and provides strong leadership to the school.

During her time with St Damian’s, the school has moved from special measures to being judged as outstanding by Ofsted.

Betty said: “I’m proud to represent the school and the community really. Lots of people rate the school very highly, so it’s nice to be in this position. We’ve gone from being in special measures to being outstanding so it’s been a worthwhile journey.

“The school as a whole has changed. The children, the respect that they show for everybody and the discipline is spot on. The staff are lovely, some were here as pupils and come back. We have a low turnover of staff because they’re happy here.

“It’s like one big family - I always say we’re a family. Everybody works for one another.”

St Damian’s headteacher Sheldon Logue was full of praise for his colleague, saying that she is the ‘best of the best’.

He said: “The service that she has given St Damian’s is phenomenal. She’s a remarkable lady but one of the best things about Betty is that she’s humble.

“Betty is a true leader who leads from the front, does the right things and over 40 years of service to the school proves that.

“I’ll put it simply, I wouldn’t be here if Betty wasn’t here. She’s been a rock, through bad times, good times and tough times.

“Betty is my boss and I could not ever have a better boss and let that continue for a long time.”