Former mountain rescue volunteer on the run to Barcelona (kind of) 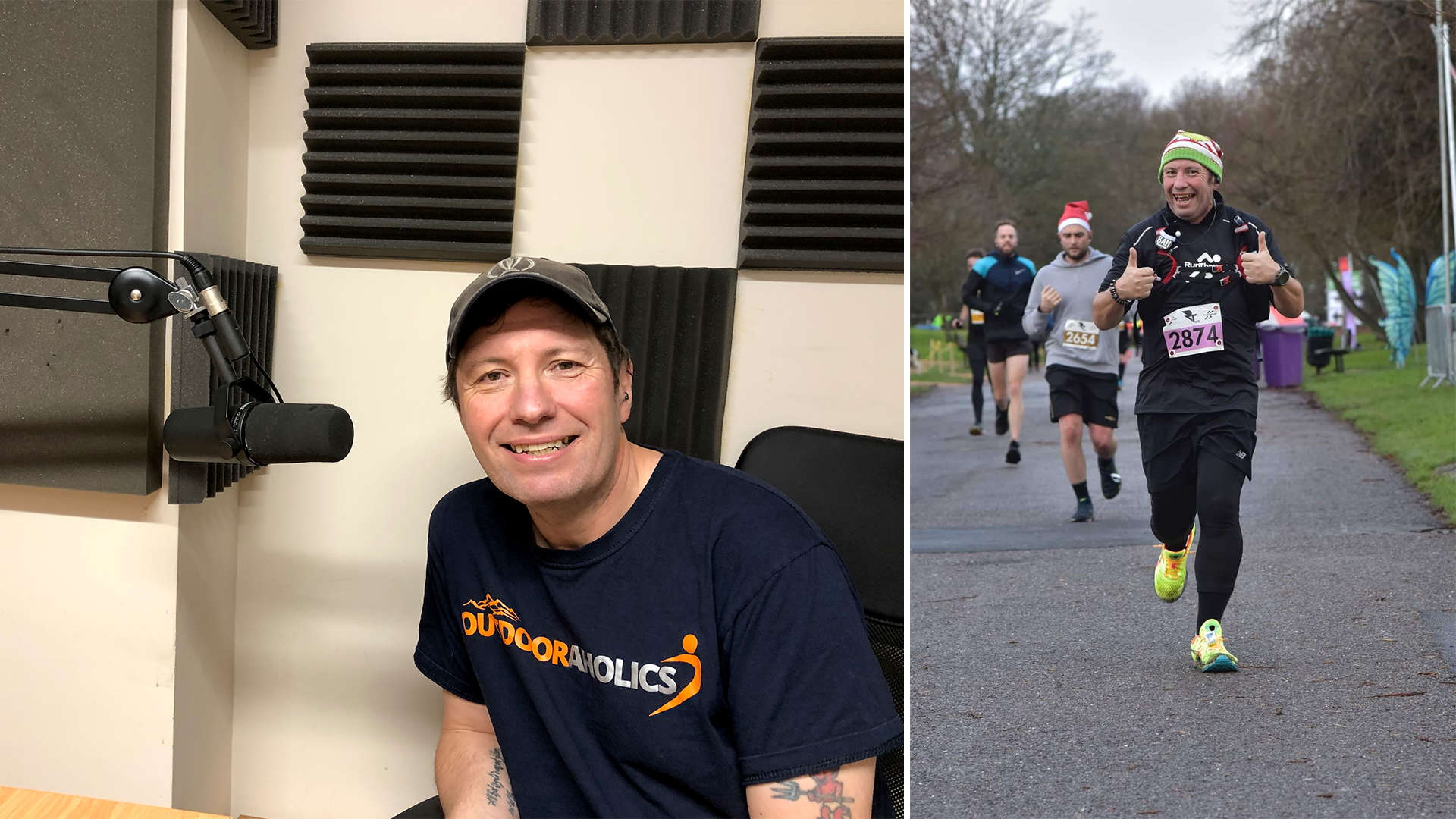 Col Wood in the Tameside Radio studio (left) and out running.

Determined Col Wood is off and running in an effort to complete a unique New Year challenge of strength and endurance.

Col has already stepped out on the long distance effort which he has calculated to be a total of 1,525km - or the distance from Ashton to Barcelona - prompting him to name his challenge ‘Col’s Run To The Sun.’

Col won’t actually be running to Barcelona of course, but is completing the runs locally and hails Tameside as a wonderful area to run around and through, with countryside trails and canalside walks on the doorstep.

The former mountain rescue volunteer, who now works as a professional mountain guide, is undertaking the challenge to raise funds for  a cause close to his heart - The Anthony Seddon Fund in Ashton.

Col reveals that his partner went to school with Anthony who sadly took his own life aged 30 after suffering with bi-polar disorder, prompting Anthony’s mother Donna to create the charity in his memory and provide help and support to those with mental health issues.

“Due to the effects of Covid-19, demand for their services has gone through the roof and they are very stretched as they are only a small charity,” said Col.

“After having my own history of problems with depression and anxiety in the past I thought this was a perfect charity to raise funds for as well as raise awareness about mental health,” he added.

In his work role he is used to the great outdoors and lengthy walks and treks but not running, which only really took off for Col after he said he had piled on the pounds during lockdown.

“I found that I’d put on weight and become very unfit, so at the start of 2021 I set myself a goal to try to walk an average of 10km everyday.

“By the time I got to July, I had lost 30kg and started running. By the end of the year I had hiked and run a total of over 4,000km and I finished my first ever half marathon, the RunThrough event at Aintree Racecourse just before Christmas - so I really wanted to carry on my running with a challenge that would also raise money for a local charity.”

Col is now well on his way to ‘Barcelona’ having ‘arrived’ at ‘Cadbury World’ in Birmingham - although of course he won’t be stopping there even virtually.

He’s also down to do half marathons at Oulton Park, Heaton Park, Alton Towers and Cheshire, 10ks at Chester Zoo, Tatton and Altrincham and the 5k at Aintree to keep him on track.

But running is not his only challenge, with Col throwing in an extra summer ‘adventure’ to keep him on his toes with the aim of raising even more money for his chosen cause.

For Col is aiming to complete 40 Lake District Peaks in 24 hours alongside a team this July in a challenge backed by his own employers ‘Outdooraholics’ who are based in London.

They are providing a team who will take part in the challenge who will all pay for the privilege, with all the money again going to the Anthony Seddon Fund.

Col is hoping to stay injury-free and fit and well throughout the year to complete his challenges and raise as much money as possible for the charity.

If you would like to support Col you can donate at https://www.justgiving.com/fundraising/colsruntothesun and to keep a track on his progress visit his Facebook page Col’s Run to the Sun.

Tune into The Reporter Show on Tameside Radio 103.6FM at 7pm on Thursday evening (27 January) to hear more from Col.