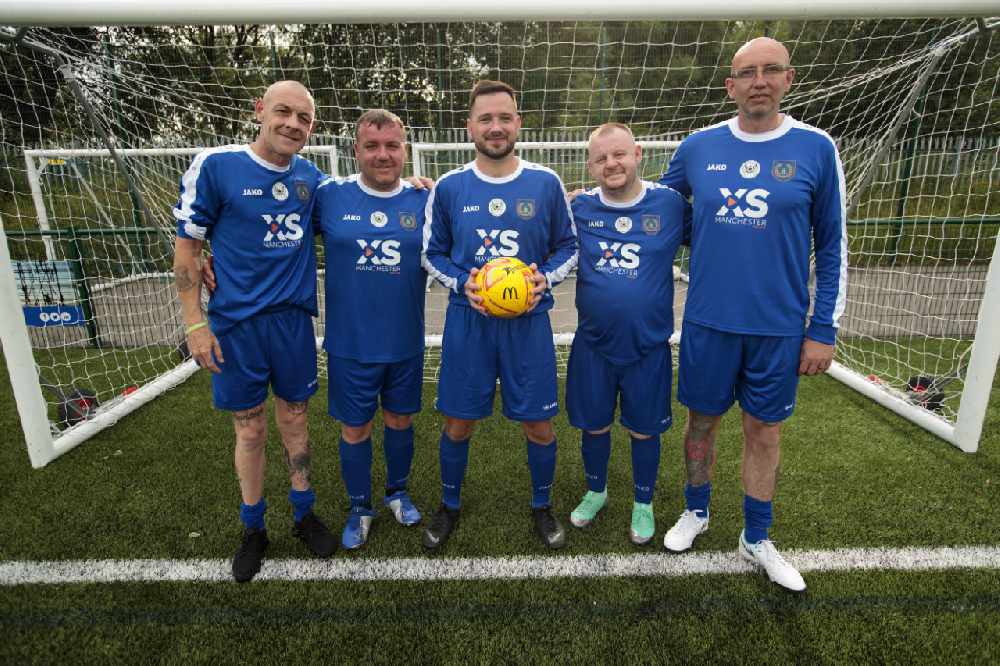 The FA & McDonald’s Grassroots Football Awards recognise and celebrate the tireless volunteers who dedicate so much time to the grassroots game. The awards are now in their tenth year and Follo FC join a long list of inspirational grassroots football heroes who marched down Wembley way to collect their coveted awards.

Follo FC is a unique football club formed by - and for - fathers who have suffered the loss of a child. It is entirely inclusive of all abilities and walks of life but share a common grief and respect for one another.

Follo’s aim is to use football as part of the grieving and healing process, but also to raise awareness of mental health issues. It speaks to people at matches and uses social media to create a platform for other men to get in touch and open up about their loss. Follo FC is our Grassroots Project of the Year.

“I have been involved with the Grassroots Awards since the beginning and the stories of the winners never fail to impress me. Follo FC should be extremely proud of its work and grassroots football in Manchester is a much better place with Follo FC a part of it,” said McDonald’s ambassador Sir Geoff Hurst. “The English game is in a very good place at the moment with the Three Lions boasting a number of young and talented players, while the Lionesses have enjoyed a superb World Cup in France. Our national teams simply wouldn’t be in this place without the hard work of our grassroots volunteers – every player has to start somewhere. It was a pleasure to meet Follo FC and I hope they continue their extraordinary commitment to football for many years to come.”

Local McDonald’s franchisee Gerald Thompson, who is an avid supporter of grassroots football in Manchester, said: “It’s an honour to recognise Follo FC and the amazing work it does in the community. The work it does in providing support to local fathers and also raising awards of mental health through football is very important. I’ve been supporting grassroots football in Manchester for many years, and Follo FC’s story really highlights the difference clubs like it can make in the local community.”

Having worked with The FA over the past 17 years, McDonald’s is the longest-standing supporter of grassroots football in the UK. Through this partnership, McDonald’s continues to champion the tireless volunteers who dedicate countless hours to provide enjoyable football to children and young adults regardless of age, gender or disability.

In addition to championing volunteers, McDonald’s has committed to providing over 5 million hours of fun football to 5-11 year olds and giving 500,000 children the chance to play football for the first time by 2022 through Fun Football Centres and other initiatives across the UK.

For further information on how to get involved in McDonald’s Fun Football initiative visit  www.mcdonalds.co.uk/funfootball

To find out more about all of the 2019 FA and McDonald’s Grassroots Football Award winners, visit http://www.thefa.com/get-involved/grassroots-football-awards/winners