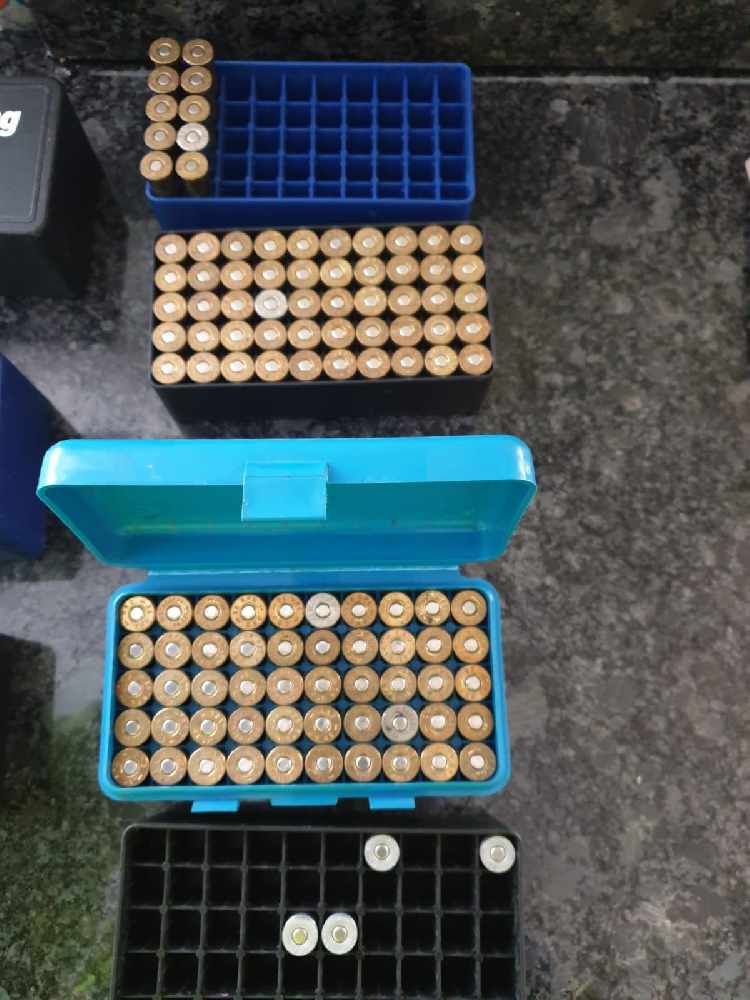 One man was arrested while a large amount of drugs and bullets were found during early-morning raids by police of three Tameside addresses.

Officers from Greater Manchester Police's Tameside Challenger Unit and Tameside District Tasking Team executed warrants at two properties in Ashton and one in Audenshaw at around 6.30am on Thursday morning (25 March).

Magistrates had authorised the warrants under Section 46 of the Firearms Act and Section 8 of the Police and Criminal Evidence Act.

Properties on St Stephen's Avenue in Audenshaw, and Rochester Close and Stainmore Avenue in Ashton were searched as part of an investigation into the possession of firearms.

A 35-year-old woman was issued with a cannabis warning after police found a small amount of the drug at the Audenshaw address.

On Rochester Close, a 'quantity' of cannabis and cocaine were found.

While on Stainmore Avenue, over 100 pieces of ammunition (pictured) - suspected to be 9mm bullets - were found after a search of the property.

He was taken into police custody to be interviewed and has since been released under investigation whilst enquires continue.

Anyone who has information about criminal activities can do so anonymously via the UK charity Crimestoppers on 0800 555 111 or online at https://crowd.in/ldAcuv.