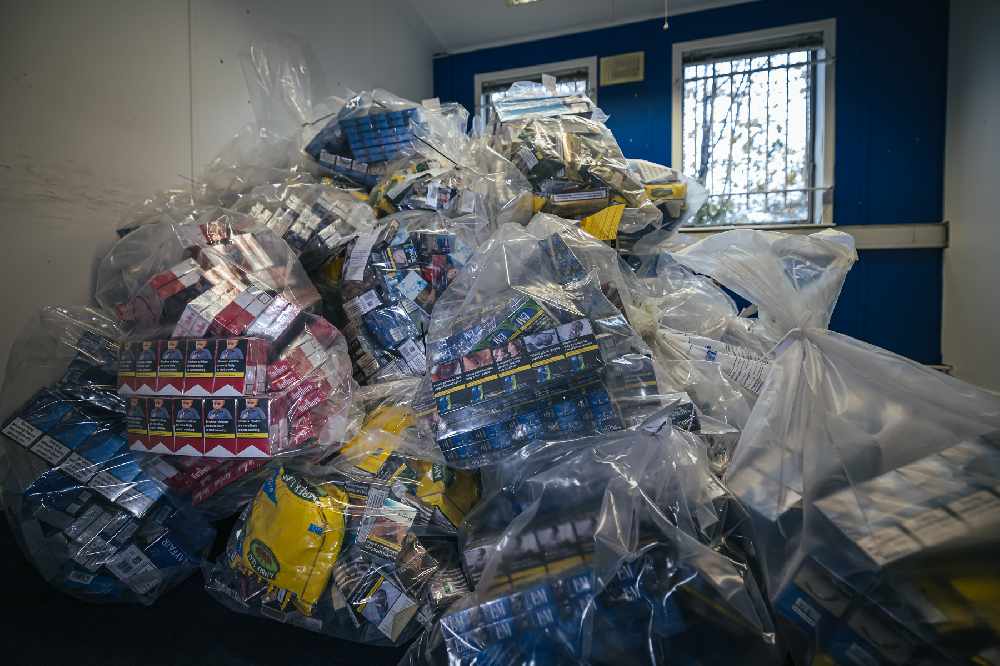 A huge amount of illegal tobacco which has been seized. Image: Greater Manchester Health and Social Care Partnership.

Children's access to illegal tobacco is increasing across Greater Manchester.

People in the city-region are now being asked to help keep kids safe and smoke-free by reporting illegal tobacco sales, often from ‘under the counter’ in local shops, so enforcement teams can take more products off the street.

These offers mainly come from strangers – potentially exposing children to other harms in addition to those of smoking itself.

The figures are from a survey by Greater Manchester Health and Social Care Partnership which has tracked the size and scale of the illegal tobacco market following the introduction of its Making Smoking History strategy in 2018.

The Greater Manchester Health and Social Care Partnership is working across the 10 boroughs of Greater Manchester in collaboration with Local Authority Trading Standards and enforcement partners, including the police, border force and customs to tackle the issue.

The aim is to reduce the supply and demand of illegal tobacco, highlight the true cost of these ‘cheap’ products and encourage people to report sales.

Illegal tobacco is linked to organised crime, drugs, trafficking and the exploitation of vulnerable people. It also enables under-age kids to start smoking much younger and, through cheaper prices, prevents smokers from quitting a habit that kills one in two who do it.

Between April 2020 and March 2021, the partnership’s campaign generated nearly 400 reports of illegal tobacco being sold across Greater Manchester which led to raids, shops facing closure orders and huge fines.

Over 2.3m illegal cigarettes and more than 270kg of illegal hand rolling tobacco was seized by Trading Standards officers over the same period.

Overall, the size of the illicit tobacco market has reduced significantly in the last decade across the country.

Government data shows the estimated amount of illegal cigarettes consumed has reduced by half from 5bn illicit sticks in 2010 to 2.5bn in 2019.

However, under the counter sales remain an issue, helping to get children and young people hooked on smoking and sometimes bringing them into contact with a wider criminal underworld.

Baroness Beverley Hughes, Greater Manchester’s deputy mayor for policing, said: “With more than half of those who buy illegal tobacco saying it allows them to smoke when they otherwise could not afford it, illegal tobacco continues to undermine our efforts to reduce smoking and smoking related inequalities. It also has other serious effects on our communities given its proven links to organised crime. The people who sell illegal tobacco are at the end of a long and profitable chain of crime, drugs and trafficking.

“We continue to take a very tough stance on illegal tobacco in Greater Manchester and in partnership with Trading Standards and Greater Manchester Police we are cracking down on sellers to help tackle criminality and anti-social behaviour. We have undertaken regular operations visiting retail premises, and other connected sites, resulting in a significant number of seizures of illegal tobacco products and closures of shop premises.”

Andrea Crossfield, of Greater Manchester Health and Social Care Partnership, said: “The crackdown on illegal tobacco is part of Greater Manchester’s wider efforts to cut smoking rates and make smoking history for future generations. While it is encouraging to see fewer adults trying and buying illegal tobacco, it is worrying to see so many young people being offered it.

“All tobacco kills, but people who sell illegal tobacco sell to kids, getting them hooked on a lethal addiction and cheaper prices undermine smokers’ quit attempts. Whether legal or illegal, all tobacco contains a toxic cocktail of chemicals which will kill one in two long term smokers.

“It’s not just about the impact on our health though, the illegal tobacco market is fuelled by organised crime groups and that’s why we’re raising awareness of the harm it brings to our neighbourhoods too, and encouraging people to report illegal sales to keep our kids safe and smoke-free.”

The sale of illegal tobacco can be reported anonymously to Crimestoppers 0800 555 111 or at keep-it-out.co.uk.