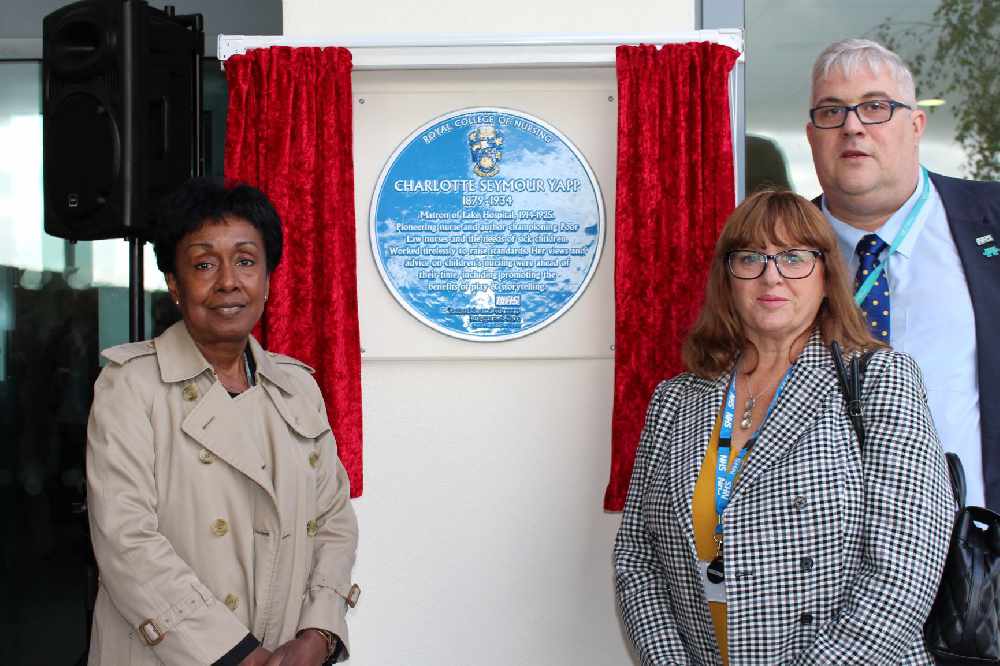 A commemorative blue plaque has been unveiled at Tameside Hospital, in memory of a nurse who did so much for the area around a century ago.

Tameside and Glossop Integrated Care NHS Foundation Trust, together with the Royal College of Nursing, unveiled the plaque to celebrate Charlotte Seymour Yapp.

Charlotte was an active member of the Poor Law Nursing Association and worked at the Lake Hospital in Ashton from 1914 until she retired in 1925.

The Lake Hospital - which was on the site of the modern Tameside Hospital - had opened in 1905 and was a purpose-built 300 bedded hospital attached to the Ashton-under-Lyne workhouse.

It reflected a national trend as Poor Law institutions were increasingly significant providers of health care.

Miss Yapp was tireless in her efforts to promote Poor Law Nursing and raise standards, playing a significant role in the early days of the General Nursing Council (GNC) for England and Wales.

Nursing and the health needs of the industrial North were relatively unknown to the voluntary hospital matrons of London, whom, as a result of the formation of the GNC following the Nurses Registration Act of 1919, were crafting new rules and regulations about nursing, and were not always attending to one of the largest providers of care, the Poor Law nursing service.

Miss Yapp was the sixth nurse to register with the GNC on the general register and was appointed to the first caretaker council of the GNC in 1920, where she was one of only four nurse members who represented Poor Law Hospitals (of 16 in total) and the only member who had also trained in one.

Estephanie Dunn, Regional Director for the Royal College of Nursing in the North West, said: “It was an honour to be invited to commemorate the contribution of Charlotte Seymour Yapp. In a letter to a friend, she feared her work would be forgotten, but today shows that she will be remembered forever as a pioneering nurse.

“It is important to acknowledge the efforts of those in the past who fought to ensure that nurses were given the respect they deserved whilst caring for those who needed it the most and Charlotte Seymour Yapp was the epitome of a nursing champion.”