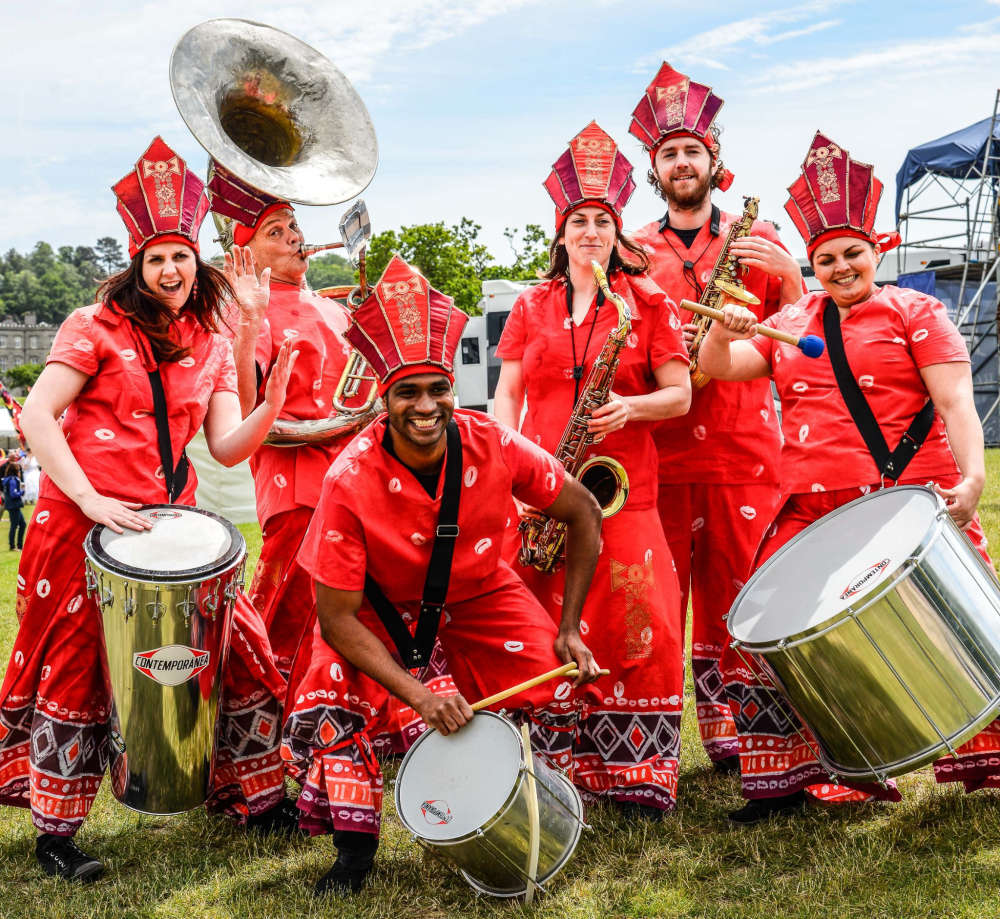 Town of Culture Stalybridge Street Fest, which has built a huge reputation for the great taste of its food and drink, will be adding an extra ingredient on Friday (10 June) – a taste of carnival.

Thanks to the sound of Global Grooves’ Bloco Mente samba and reggae band and the sounds of the Whit Friday Brass band contest, the carnival experience is coming to town.

As well as tucking into a wide range of the finest fare, people will be able to dance alongside giant puppets in true carnival style and have a go at making their own carnival inspired arts and crafts.

A carnival bloco is a group of revellers who raise the energy and getting everyone moving and shaking. Global Grooves’ Bloco and Brass comprises drummers, dancers and musicians who will get you grooving alongside them in no time.

Joining the party is Aurora - a 4m (13ft) puppet inspired by the spectacular Aurora Borealis (Northern Lights) which is guaranteed to bring sparkle from the skies directly to the streets of Stalybridge.

If you’re lucky, you might also spot another bright shining star. Padmini, named after a famous Indian actress who appeared in more than 250 Bollywood films, is built to dance.

Councillor Sangita Patel, Tameside Council’s assistant executive member with responsibility for culture, said: “Whit Friday is always a big day in Stalybridge but this carnival version of Street Fest will make it even bigger.

“The sounds of the carnival blending with the smells of delicious food and drink are certain to combine as the recipe for an evening to remember – one in which eating and drinking are accompanied by dancing.”

Street Fest, which takes place in Armentieres Square on the second Friday of every month from 5pm to 9pm, is a family feelgood gathering that has put Stalybridge firmly on Greater Manchester’s culinary map since it was launched last summer.

Featuring traders supplying food and drink to suit all tastes, and against a background of live entertainment organised as part of Stalybridge’s status as Greater Manchester Town of Culture, Street Fest is a unique social event which appeals to all ages by offering a continental-style street market event right in the picturesque and historic heart of the town.