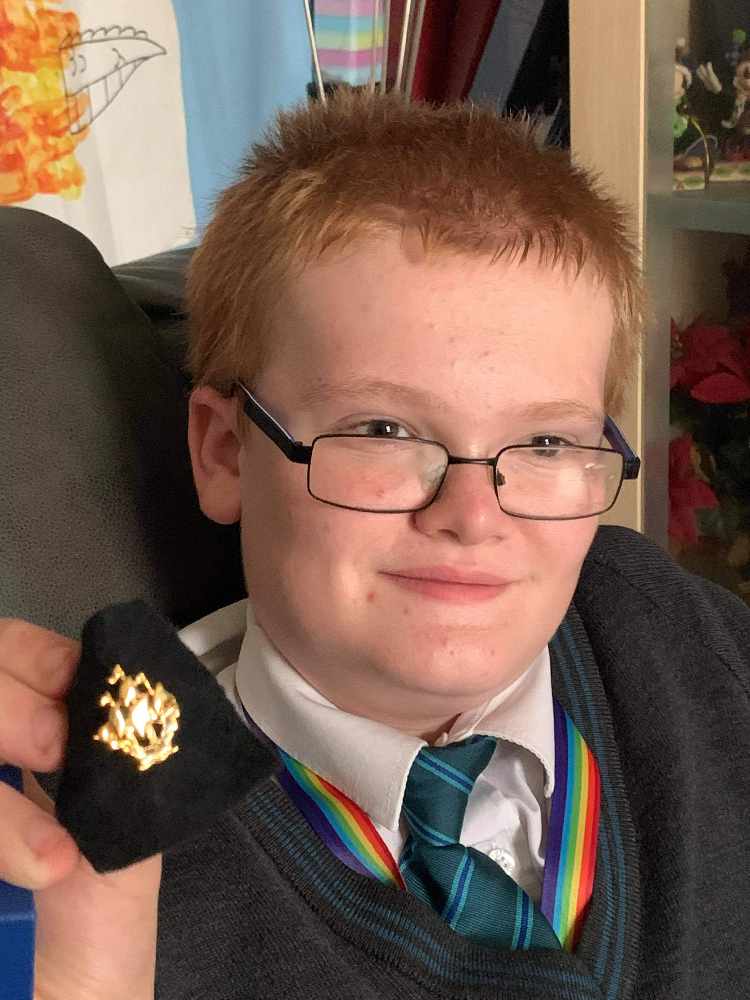 An Ashton teenager has earned a gold Blue Peter badge for overcoming his disabilities to make a difference in the community.

Fourteen year-old Rory Hand is challenged in daily life by his disabilities, including anxiety, sensory processing disorder and hypermobility, but that hasn’t stopped him from becoming a gold blue peter badge holder.

His mother, Sue, nominated him in an email sent to Blue Peter and received a reply months later with the good news.

In 2020, Rory helped neighbours with their shopping and walked a local resident's dog who was shielding during the pandemic.

When summer rolled around, Rory and older brother Conor trekked 150 miles to raise hundreds of pounds for Tameside Hospital.

Completing five miles a day, the brothers sponsored walk took them from their house in Guide Bride to Rory’s school, Droylsden Academy.

Throughout the last year, Rory also worked through his blue peter badges, of which there are 8.

His amazing efforts have earned him the same badge of honour as his heroes, Joe Wicks and Marcus Rashford.

But the biggest inspiration for Rory is Captain Tom Moore's heroic efforts that raised over £32 million for the NHS.

After a hard year, the gold blue peter badge is a worthy reward for Rory, who is over the moon.