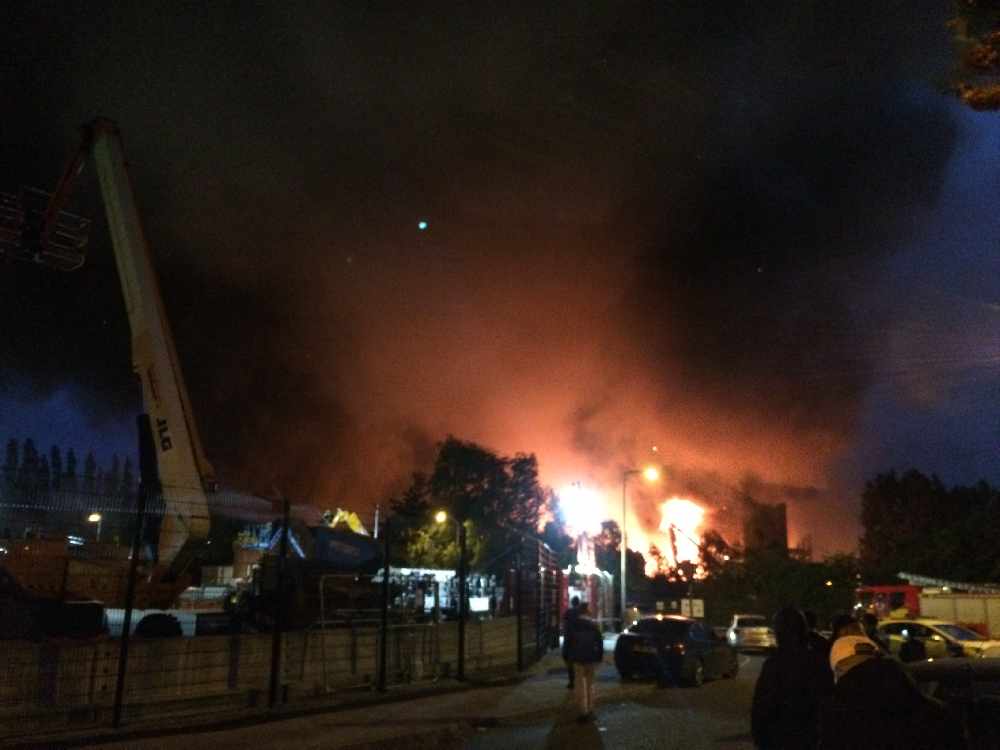 ABLAZE: Seventy firefighters are involved in bringing the blaze under control.

Electricity to 50 local properties unlikely to be restored until morning

Firefighters are continuing to battle a large-scale fire at a commercial unit on Oxford Street East in Ashton more than eight hours after first being called to the incident.

Three multi-storey buildings containing a number of small local businesses are involved in the fire, with 15 fire engines and approximately 70 firefighters engaged in extinguishing the flames from ground level and from above using jets.

Water drawn from the local supply has been supplemented from the nearby Ashton Canal while electricity to 50 local properties has been affected, with power unlikely to be restored before the morning.

The fire is contained to the three mill buildings on Oxford Street East. However, local residents on Gibson Terrace have been evacuated as a precaution and are being supported by Tameside Council to move to a place of safety.

Paul Etches, Area Manager for GMFRS, said: “Crews continue to work exceptionally hard to bring this major fire under control. Throughout the evening firefighters from 10 fire engines had been making steady progress, but at around 9pm a third building on the site caught fire and that necessitated us calling upon a further five crews from across Greater Manchester.

“Parts of all the buildings affected have collapsed and we continue to fight the fire in sectors, allowing us to focus on specific pockets of the blaze in a concerted effort to get the whole incident under control.

“As a precaution I’d encourage anyone living or working locally to keep your doors and windows closed. Please also keep the area free of traffic to allow emergency service vehicles quick and straightforward access to the scene.

“GMFRS will be here through the night, working to get on top of the situation and keeping local people safe and reassured. We will be here until this fire is out.”

Stockport Road, the A6017 between Guide Bridge railway station and St Peter’s Church, is closed to traffic and will likely remain so into the morning.

Public Health England further advise the local population that risks to health from the Ashton incident are low, however because any smoke is an irritant, it can make people’s eyes and throat sore.

People with asthma and other respiratory conditions may be particularly susceptible to the smoke and should carry and use their medication (such as inhalers) as usual.